What had been looking like another difficult but more hopeful year for Alberta’s economy is now likely to be full-on dreadful. Plans to keep people working, to keep a trickle of spending on tap, and to keep smaller energy-focused companies from going bust that were unimaginable just one week ago will be on the table for both Ottawa and the provincial government.

The oil-price crash this week is uncharted. Yes, there have been oil demand slowdowns, and global fear about the spread of a previously unknown, deadly disease. There have been past battles between global oil giants, completely out of Canada’s or Alberta’s control, that have hit oil prices and hurt the economy here.

But at this scale, all at once, and coming off a five-year period when the province was already crawling out of a hole? That hasn’t happened before.

While demand for oil retreats as coronavirus slows the global economy, Saudi Arabia and Russia are cranking up production in a Death Race-type battle to kill off the weakest crude producers. It is U.S. shale producers, not Canada, most likely in the crosshairs of those power players. But the effects will be felt in every oil-producing jurisdiction. Canadian governments have been left scrambling to figure out what they can and should do about what Jason Kenney calls a “profound challenge for Alberta and for Canada.”

The Alberta Premier will head to Ottawa on Wednesday for a meeting with Deputy Prime Minister Chrystia Freeland. That private meeting comes ahead of already scheduled first ministers meetings with the Prime Minister, premiers and Indigenous leaders on Thursday and Friday.

A senior provincial government official not authorized to speak publicly on the topic said the Alberta Premier wants to reiterate to the federal Liberals that the oil and gas industry is not just an Alberta concern, it’s a national concern. Despite a long history of tensions between the province and Ottawa, he said the current oil-price collapse must be addressed as earnestly as the global financial crisis a dozen years ago.

The industry, the source said, is not necessarily looking for a bail-out per se, but does want some type of assistance to get the sector through what is a geopolitical crisis out of Canada’s control.

Prime Minister Justin Trudeau is no ally of his domestic oil industry like Mr. Trump. And from years of stress, many Canadian oil producers run leaner operations, and collectively are less indebted than their heavily indebted U.S. counterparts. But still, any move by the United States – now Canada’s most direct competitor – could increase the pressure on Ottawa to also consider such a dramatic move.

Cenovus and MEG Energy announced cuts to spending on Tuesday. Expect other Canadian companies to follow suit, with staff positions likely to be next on the chopping block. And collectively, the industry is holding its breath to see what actions government will take.

“You can’t do anything until governments react. And quite frankly, you saw Kenney saying there’s not much he can do until he sees what Trudeau does,” said Danny Mah of PearTree Canada, a boutique financing and advisory firm focused on mining and oil and gas, with a specialty in flow-through shares.

“This is where industry and investors are really watching the feds.”

On a provincial budgeting front, Mr. Kenney in Ottawa will ask for more money through the fiscal stabilization fund – both by a reassessment of past years and what will likely be a new request for this year.

The Alberta Premier is supportive of moves such as a cut to the payroll taxes for Canadian business affected by coronavirus. He will talk about using financial tools such as flow-through shares to clean up orphan wells. He’s also likely to ask that any policies likely to cause the oil and gas industry additional stress – such as the yet-to-be-released Clean Fuel Standard, which would demand lower carbon intensity over the life cycle of fuels – to be sidelined, according to the government source.

And he will make the point that pipeline-capacity building is still essential, so that Canadian oil producers are able to get the best price for their product in the years ahead, if and when prices have recovered.

Just weeks ago, the biggest tension on the federal-provincial stage was the slower-moving crisis of climate change, and whether Canada plans to approve and promote major resource projects such as the now-shelved Teck Resources oil sands mine. These issues would have been a major agenda item at the meeting between the Prime Minister and premiers coming at the end of the week.

Now, it’s hard to imagine Canada’s political leadership talking about anything but the threat of coronavirus, both to the economy and to Canadians as a whole. 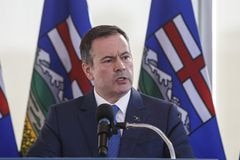 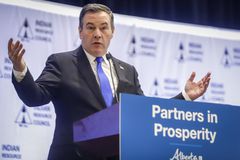 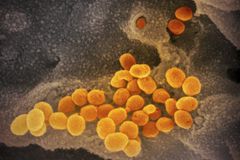