Students at Athabasca’s three schools were sent home at the beginning of the month and will stay there to do remote learning until at least April 19. The northern Alberta town with a population of 3,000 is grappling with one of the largest school-related outbreaks in the province – with at least 101 infections linked to Edwin Parr Composite School.

And more contagious variant cases have been confirmed at the Grades 7-12 school.

“We were shocked at how quickly this COVID spread at our one school,” said Neil O’Shea, the superintendent at the Aspen View school division.

“Based at the speed at which this travelled, we felt we needed to do something.”

But in Alberta and British Columbia, where COVID-19 variant case numbers are rising, the full closing of a school is the exception rather than the norm. The situation in Canada’s westernmost provinces has so far stood apart from hot spots in other provinces such as Ontario, Quebec and Saskatchewan, where many boards have closed – or are preparing to close – whole districts of schools amid Canada’s third wave.

In contrast, chief medical officers in both Alberta and B.C. have indicated that schools are the one of the last places they want to shut down, because of the benefits they provide to students and their families.

“We see cases go up when children are not in school, and that is often because they have unstructured time and children need school. We know it is a safe place for them,” B.C. Provincial Health Officer Bonnie Henry said.

But teachers’ unions say their members aren’t getting the protections they need, or being vaccinated quickly enough. And the debate over what needs to happen is still playing out – with some parents and teachers expressing grave concerns about children continuing to attend full-time, in-person classes.

“The government should be looking hard at Scenario 2 in their reopening strategy, which calls for a blend of at-home and in-school learning with reduced class sizes,” he said.

In B.C., broad information about schools is hard to come by, but between March 29 and April 4, the province’s Centre for Disease Control said 68 schools had at least one exposure notice issued. Variant cases are leading to hospitalizations in B.C. but schools are still largely open for in-class learning. Last week, Dr. Henry said it will be about one month before a COVID-19 variant known as B.1.1.7 makes up 60 per cent of new cases in B.C.

But the ATA notes that nearly one-in-five Alberta schools are recording cases, on alert and outbreak status. James Talbot, an Edmonton Zone Medical Staff Association co-chair who is also a professor at the University of Alberta’s school of public health, said many doctors are calling for the government to move to first wave-type restrictions, “and that would involve closing schools.”

“We’re hearing a discussion happen behind-the-scenes about when the correct time to do that is.”

In B.C., Dr. Henry has said the highest risk is in the city of Surrey, where B.C. is recording the highest transmission rates. But they have implemented new safety plans. And unlike Alberta, B.C. has prioritized teachers among other essential workers for vaccinations.

Still, teachers in Surrey are calling for stronger measures owing to rising variant case numbers, including a mix of remote and in-person learning, mandatory masks for everyone in kindergarten to Grade 12 and the timeline to vaccinate sped up.

Almost 11,000 school-based staff in Surrey have already been immunized, but Rani Senghera of the Surrey District Parents Advisory Council worries that it might not be enough. She’s hearing from many parents who are worried about the spreading variants, and are calling for the closing of schools.

“We’re right now with the highest numbers we’ve ever been,” she said. “Just because they got their vaccines, the Surrey school teachers, they’re not fully protected.”

Teri Mooring, president of the B.C. Teachers’ Federation, said the lack of public access to school-based COVID-19 data is adding to the teachers’ stress, as they already are “very desperately trying to find ways to get themselves vaccinated.”

“There just isn’t enough transparency, teachers are not a part of the contact tracing process and should be,” she added.

Parent Lama Alsaafin has received a number of COVID-19 exposure notices for her daughter, 15, studying at Semiahmoo Secondary in Surrey. But any school closing will be difficult for Ms. Alsaafin’s son, 13, who is on the autism spectrum and needs both the classroom experience and his teacher’s assistant. 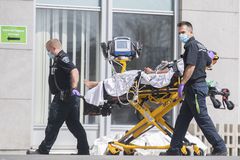 Who have provinces pegged to receive COVID-19 vaccines in the coming weeks? Plans as of April 11
April 19, 2021 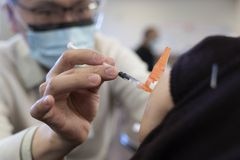 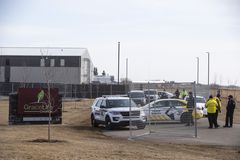