Alberta’s 2021-22 budget is a grim news document, with forecasts of a rapidly increasing provincial debt and more tightening of public-sector spending. Some difficult decisions have been kicked down the road, including any real discussion of how to stabilize the province’s famously volatile revenue streams. The glimmers of optimism in the provincial budget come mainly from the discussion of years further out, when Alberta has theoretically emerged from the current crisis mode.

The economic effects of the COVID-19 pandemic continue to roil the volatile, oil-focused provincial finances. Energy revenue will be better than last year but is still likely to be low. The province’s debt load is still increasing at a rapid rate, and will likely hit $116-billion by the beginning of 2022. Debt-servicing costs are increasing, and will go above $3-billion a year by the beginning of 2023.

His United Conservative Party government is one of the least popular in Canada, but Finance Minister Travis Toews optimistically expressed disappointment that because of the pandemic, they won’t conquer the deficit “in our first term.”

As a report from the Business Council of Alberta noted last week, the province’s net debt remains small compared to all other provinces. But it’s about the trajectory, not current levels. “No province has seen as rapid a deterioration in its net fiscal position as Alberta,” said the group’s review of the province’s finances.

Alberta budget projects $18.2-billion deficit and spending freeze to rebuild from pandemic – but no path to balance

The pain in the public sector is likely to ramp up as funding is cut in many areas, including to school jurisdictions in future years. After getting a bump of $900-million in the coming fiscal year – on top of additional special COVID-19 spending – annual funding to the mammoth health care system will be frozen at $21.4-billion until 2024.

Other difficult discussions are also put off to another day. The cost of the risky Keystone XL investment is not factored into budget numbers because the government says it’s exploring all options for recovering some of the money with partner TC Energy Corp. Still, the government said the potential cost to the province from the pipeline being cancelled by the U.S. Biden administration is in the realm of $1.3-billion.

While the government talks about a time when it’s less reliant on oil and gas for revenue, it still notes that no new pipelines – specifically the Line 3 replacement and the Trans Mountain pipeline expansion – really do matter. For oil producers, it means moving to higher-cost rail for transport. For the government, insufficient pipeline access means it would miss out on nearly $5-billion in resource revenue between 2022 and 2024.

There are some bits of near-term good news for the Alberta budget. The United States has burned through nearly all the oil stores accumulated during the depths of the first pandemic lockdown last year – the West Texas Intermediate price has increased nearly 20 per cent since the beginning of the month. Although the threat of another destabilizing price war is never far away, prices could go higher than expected this year and next.

But the financial strain on the province won’t be cured with a near-term boost to oil prices. Mr. Toews was still sure to lump plenty of blame for the current fiscal mess on “past governments” and their inability to maintain fiscal discipline. The UCP continues to focus on budget cuts and freezes as the means for gaining control of its finances, and whittling down per capita spending to levels more in line with comparator provinces such as Ontario and British Columbia.

Mr. Toews also made the tiniest of baby steps toward a commitment to review the revenue side of the province’s finances. It’s an aspect of balancing the budget that has come into much sharper focus – as it becomes abundantly clear that oil and natural gas resource revenue will no longer be able to cover the difference between the low-tax, high-spending jurisdiction that Alberta has long-envisaged itself.

The Finance Minister told reporters that by 2023 or 2024, the government is likely to have the bandwidth to create a third-party review of “the efficiency and appropriateness” of the province’s revenue structure. “At that point in time, we will have much more economic clarity,” Mr. Toews said.

That timeline likely suits the UCP, as it could likely be after the next provincial election. It remains to be seen whether it’s soon enough for the province’s finances. 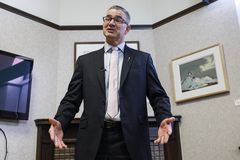 Critics ask why the Alberta government has yet to release details on plan for parks management
February 22, 2021 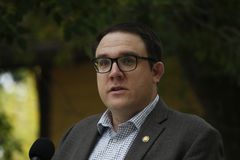