Now that the brisk fall breeze is in the air, all it takes is a breath or two to be reminded that patio season is coming to a close. As sad as that is for the average Canadian, it’s especially worrisome for restaurateurs who have been relying on outdoor seating (and warm weather) to minimize the impact of COVID-19.

One of the most popular places to be in Winnipeg throughout the pandemic-ridden summer has been Beer Can. The pop-up outdoor bar is comfortably sandwiched between two heritage buildings in the city’s downtown core and boasts plenty of picnic tables, a small stage for musical acts and a makeshift bar, built into a shipping container, offering craft cider and beer. It’s the brainchild of the people behind Times Change(d), a live music-focused bar down the block.

Co-owner John Scoles says the seasonal-bar concept was planned before the pandemic, and that he was thankful it came to fruition.

“We just wanted to be outside, and showcase a bunch of great local beer and music ... and then along came COVID-19,” he says. “We got lucky, getting to do what we love, and helping folks have some fun during a tough time. We’d love to keep doing it all winter, but Mother Nature will call the shots on that, too.”

With Times Change(d) being relatively modest in size and relying mostly on live music bookings to fill the space, Mr. Scoles says Beer Can helped it continue to support the local music community outdoors when indoor shows were not permitted. Times recently had its first live show in six months and he’s hoping to operate the pop-up bar until the end of October, weather permitting.

As government support for small businesses is uncertain past December, he thinks it is the ability to think outside of the box that will keep restaurateurs afloat heading into the winter.

“[A local restaurateur], Talia Syrie, painted the words ‘When leadership fails, community prevails’ on her restaurant’s windows. Community and creativity: let’s get the government behind that,” Mr. Scoles says.

When it comes to al fresco dining, there are few establishments in Alberta that are quite as iconic as Calgary’s River Café. Proprietor Sal Howell (who also owns Deane House) and her team have been looking cautiously at the future and trying to find ways to keep their heads above water once the temperature dips significantly.

Calgary’s mayor, Naheed Nenshi, recently suggested local restaurant and bar owners consider winterizing their patios to help them increase capacity and generate extra revenue during cooler months. A nice suggestion, but not realistic for many when the cost of winterizing an average-sized patio would be in the tens of thousands of dollars.

Ms. Howell explains she’s in a bit of a unique situation when it comes to winterizing the outdoor spaces at her two concepts. Particularly when dining at River Café in Prince’s Island Park, the views help create atmosphere as much as the restaurant’s interior, which makes covering the patio less than ideal.

“When people come to our restaurant for dinner, looking outside into a tent just doesn’t make sense,” she explains. “We have had to really think about what makes sense with the dining experience we are known for.”

Also recognizing that plexiglass dividers inside her restaurant would also hinder a dining experience, she has commissioned several custom large-scale wood-cut barriers to place throughout the room. The wooden structures better suit her restaurant’s aesthetic, but even with these new additions, River Café will be operating at only two-thirds seating capacity.

Ms. Howell is getting set to launch a provisions program – think small-group catering – for the holiday season and winter and says her picnic-basket offerings at both River and Deane House proved very popular over the summer. Still, she says that a busy summer of picnic-basket sales only equate to one or two busy days of pre-pandemic dine-in service.

“These times have been really challenging [for everyone]. Hospitality at its simplest is smiling at a guest when they walk into your space and we haven’t even been able to do that.”

On the west coast, winter doesn’t loom as drearily over food and beverage business owners as it does in the Prairies, but with reduced seating capacity and plenty of grey, rainy days on the horizon it’s also not a cake walk.

David Nicolay is co-owner of Main Street Brewing and Evoke International Design Inc. in Vancouver. When the City of Vancouver began allowing extended patios for restaurants, bars and breweries, Mr. Nicolay was involved in helping many establishments build out their temporary extensions as well as helping operate his own.

Not surprisingly, the ability to expand outdoor seating was vital to many concepts he helps operate, such as El Camino, Cascade Room and Union, but on Oct. 31, the city’s pilot project of extended patios ends. Mr. Nicolay says because of the short time frame of the project, the benefits of the extended patio have not been substantial.

“It was great to have been able to operate with increased seating for a few months over the summer, but it would be of much more benefit to businesses to be able to keep these extended patios throughout the winter,” Mr. Nicolay says.

Vancouver restaurant owners are pushing to have these temporary patios permanent and earlier this week both City of Coquitlam and North Vancouver passed motions allowing for the winterization of patios. 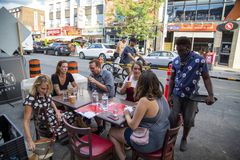 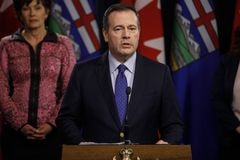 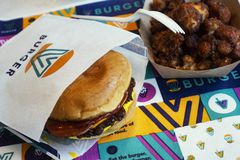