An Alberta court ruling could give condo boards wide latitude to ban short-term rentals such as Airbnb, after a judge concluded that owners who use those services are essentially running hotels.

The ruling was released at a time when cities across Canada continue to grapple with how to regulate short-term rentals in the face of complaints that they disrupt local rental markets. Some condo buildings have taken steps to ban them entirely.

The judge in the case concluded last week that a condo board in downtown Edmonton could use an existing bylaw prohibiting commercial activity to ban short-term rentals in the building. Most condominium buildings have similar bylaws restricting owners from running businesses out of their units, meaning that their boards could ban short-term rentals without bringing in new rules specifically targeting the services, said Erin Berney, who represented the condo board in the case.

“What the decision stands for is that you don’t need a specific bylaw targeting Airbnb and short-term accommodations in order to validly restrict or prohibit them,” Ms. Berney said in an interview, while cautioning that it would depend on the exact wording of a condo board’s bylaws.

“You don’t need to go out and pass new bylaws, which is … difficult to do in ordinary circumstances."

In the Edmonton building, the condo board became aware that the owners of several units had listed them on short-term rental websites and sent them warnings to stop. When the owners ignored those warnings, the board issued fines and eventually went to court.

The board argued that short-term rentals violated a bylaw that prohibited residents from running businesses out of their units, which is designed to prevent owners from operating something like a medical or dental office without the board’s permission. Neighbours had complained about a constant stream of Airbnb guests coming and going, with one telling the court: "I did not agree to live in a hotel.”

A judge issued a temporary injunction last fall, ordering the owners to stop while the court case unfolded; that injunction was made permanent in the ruling that sided with the condo board.

The owners argued that Airbnb guests should be treated as rental tenants, which would be permitted under the building’s bylaws.

But Justice Paul Belzil of the Court of Queen’s Bench wrote that people running Airbnb listings were essentially operating small hotels. He concluded that Airbnb guests were not, in fact, renters. Instead, they licence the property in a commercial transaction.

The ruling also found that Airbnb listings violated another building bylaw that specified who could occupy a unit, such as family members, tenants, visitors and roommates. Airbnb guests did not fit any of those categories, the judge wrote.

Ms. Berney said previous courts have upheld the right of condo boards to restrict how owners use their properties.

“You give up certain rights that you would otherwise have when you live in a condo because of the nature of condominium ownership – it’s partly communal,” she said.

In a statement, Airbnb said the company expects people who use the service to follow all local laws and rules, although the statement did not specifically comment on the Alberta court ruling.

Shelly MacMillan, the president of the Condo Owners Council of Alberta, said the ruling should prompt condo boards to pro-actively deal with the issue of short-term rentals by consulting owners and passing bylaws to make it clear whether they are allowed or not.

“If you don’t want Airbnbs, have a town hall, knock on doors,” Ms. MacMillan said. "You need to talk to owners and give them the option.” 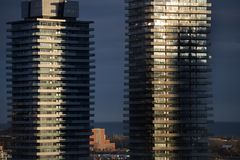