After weeks of keeping a lid on the spread of COVID-19, Alberta is experiencing a surge of infections as cases accelerate faster than anywhere else in Canada.

The Western province now leads the country in new daily cases per capita and is second to Quebec in daily hospitalizations per capita, prompting health officials and the Alberta Premier to plead with residents not to let their guards down.

It has also prompted calls for increased measures such as making masks mandatory, although the government has rejected the idea, instead arguing that voluntary efforts will be enough.

Younger adults account for the majority of new illnesses. At the same time, the province has continued to ease restrictions, including expanding visitations in long-term care homes last week, in an effort to mitigate the harm caused by social isolation and reboot the economy.

The surge in Alberta reflects the risks tied to fatigue caused not by the novel coronavirus itself but by the policies designed to prevent the spread of the infection, according to experts. A few months ago, Alberta’s contact tracers identified an average of six close contacts for each infectious case. Now, the disease detectives are chasing down 15 to 20 close contacts after someone is infected, according to the province’s top doctor. The spike is putting pressure on Alberta’s testing capacity.

“This is a reflection of many people feeling that they are tired of the restrictions,” Deena Hinshaw, Alberta’s Chief Medical Officer, said Thursday. “They don’t want to be held back anymore from interacting socially with their friends, from doing the things that they enjoy.”

The Public Health Agency of Canada data show that during the second week of July, the largest proportion of new cases reported – 22 per cent of female cases and 28 per cent of male cases – was among the 20-29 age group. British Columbia, Ontario, Alberta, Saskatchewan, Quebec, Manitoba, Nova Scotia, New Brunswick and Prince Edward Island all show an increase in COVID-19 infections in this demographic.

A guide to COVID-19 rules by province and territory

Alberta’s reopening timeline was aggressive and a number of new cases have been linked to places such as restaurants and workout facilities.

Dr. Hinshaw noted some of the province’s cases are tied to parties in British Columbia and other private gatherings. In Calgary, an outbreak swept through an apartment building. In Edmonton, the Misericordia Community Hospital remains shuttered to new patients as it addresses its facilitywide outbreak that had infected 53 Albertans as of last week.

There were 859 active cases in Alberta at last count, according to Alberta Health Services.

Premier Jason Kenney on Saturday argued Alberta is still managing well, but warned people against letting their guards down.

“We’re not a hot spot,” he said. “But it should be a wakeup call and a reminder to Albertans that we are not done with COVID-19, that it continues to pose a very serious threat to public health.”

The seven-day rolling average of daily cases per capita totalled 2.02 per 100,000 in Alberta on Friday, according to The Globe and Mail’s analysis. Saskatchewan followed with 1.46 per 100,000 as health officials in that province worked with Hutterite colonies to contain the spread.

Meanwhile, Quebec clocked in at 1.38 per 100,000. The novel coronavirus, which causes COVID-19, has hit Ontario and Quebec the hardest over the course of the pandemic, infecting nearly 95,000 people in those two provinces.

On Friday, there were 68 people in Alberta’s hospitals, including 13 in intensive care. Alberta is second to Quebec when measuring the seven-day rolling average of hospitalizations per capita.

Melissa Yuan-Innes, an emergency department doctor in Ontario, said that while the jump in Alberta may seem scary, it is in part because the province did well controlling the spread in the early weeks of the pandemic. Alberta, she said, remains in good shape, but should consider the recent spike a reminder to adhere to the rules.

“Just be cool. Be thoughtful,” she said.

Jennifer Jackson, a registered nurse with a doctorate in health systems and professor at the University of Calgary’s nursing school, believes Alberta is sliding in part because people are tiring of public-health rules.

“The emotional burden created by COVID-19 is absolutely exhausting,” she said. “There’s an element of all of us saying: ‘You know what? It is summer. Can we just have something normal for a few minutes?’ ”

Calgary City Council on Monday will debate whether to make masks mandatory on transit vehicles, as recommended by municipal bureaucrats. Administration also advised councillors to instruct the city manager to develop a “data-driven policy” for the possibility of mandating face masks at all indoor facilities owned or operated by Calgary. There was also advice to direct bureaucrats to come up with a strategy to manage a second wave of COVID-19, including a proposed face covering bylaw that would define stages and triggers.

With files from James Keller in Calgary and The Canadian Press 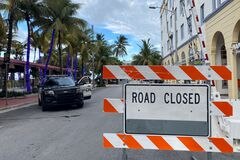 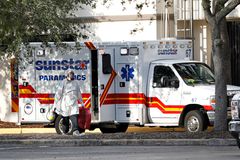 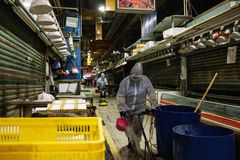