The fight over how emergency calls are dispatched in large swaths of Alberta is escalating, with one community ditching the province’s new centralized system and the government responding with a lawsuit to block the move.

Alberta last month forced a number of municipalities to switch to the provincial dispatch system for emergency medical services, despite local politicians in Fort McMurray, Lethbridge, Red Deer and Calgary arguing the consolidated system would be inefficient and put residents at risk. The Regional Municipality of Wood Buffalo, which encompasses Fort McMurray, went further Thursday, reverting to its old dispatch system at noon. Mayor Don Scott, who has the support of council, dared Premier Jason Kenney to retaliate.

“It’s a matter of life and death,” Mr. Scott said. “I believe defiance and resistance is appropriate in those situations.”

He added: “I challenge the province to remove me as the mayor.”

The fight over 911 goes beyond centralized dispatchers mixing up addresses and slower response times for ambulances. It reflects the deteriorating relationship between the provincial government and its municipal counterparts, with local leaders alleging politicians in Edmonton shunt aside community concerns and expertise. Officials in Calgary, Red Deer, Lethbridge and Wood Buffalo have all complained about delayed services as a result of 911 calls being routed through Alberta Health Services’ consolidated system.

“It’s indicative of the relationship that the province has with municipalities at this point and how they treat what should be partners,” Mr. Scott said. “There’s a relationship of conflict from beginning to end.”

Wood Buffalo’s Emergency Services Fire Chief Jody Butz said officials in his community were monitoring 911 calls from his area when they were being handled out of AHS’s dispatch centre in Peace River. Wood Buffalo had to “intervene” in about 20 per cent of incidents, he said.

Chris Spearman, the mayor of Lethbridge, is investigating whether his city should follow Wood Buffalo’s lead. Lethbridge has just six ambulances, which are backstopped by firefighters who are trained as paramedics, he said. This gave local dispatchers more flexibility when sending help to medical emergencies, but this option is getting lost in the consolidated system, Mr. Spearman said.

“The system is not working,” he said. “We’re getting no accountability and no dialogue.”

Red Deer Mayor Tara Veer is also frustrated by the lack of transparency. The Premier’s office bumps concerns to the Health Minister, who routes them to AHS’s chief paramedic, she said. The province, she said, was not ready for the transition.

“The status quo is unacceptable.”

Mr. Kenney said the decision to centralize EMS dispatch came out of the work of government panels that spent years looking at the issue.

“The provincial central dispatch has worked extremely well for well over 95 per cent of the province’s municipalities, so this is just a natural step forward,” Mr. Kenney said. “We’re absolutely committed to this change. We think it’s the best thing in terms of service, as well as efficiency. It served the province well and it should serve all municipalities well.”

Alberta on Thursday afternoon filed an injunction in the Court of Queen’s Bench to block Wood Buffalo’s decision to abandon the consolidated system.

“This is not a step we take lightly, however it is necessary to ensure ambulances continue to be dispatched appropriately, and that patient care is not put at risk,” AHS spokesman Kerry Williamson said in a statement. “The municipality has not provided any evidence to AHS to suggest that the recent consolidation of EMS dispatch has led to any delays or inappropriate responses.”

AHS said it looked into every complaint that has been raised so far, and “there have been no issues or intervention required by the municipality,” Mr. Williamson said. 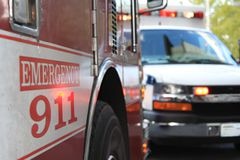 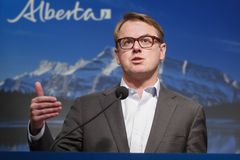