A group in Canmore, Alta., is preparing to build a small solar project at a local church that will produce enough power for two homes and will offset approximately eight tonnes of greenhouse gases a year.

The installation would be owned by members of the newly formed Bow Valley Green Energy Co-operative (BVGEC), which is part of a community-owned power movement that has proved to be successful in Ontario and other parts of the country. Once the contracts are finalized, the group expects it to take about three months before it is producing electricity, which would be sold either to the church or back to the electrical grid, with profits reinvested or returned to members.

The chair of the co-op’s board, Jeff Roberts, said the church solar project is designed in part to showcase how the co-operative model works.

“Solar is probably the easiest to do, the most visible, the best understood,” Mr. Roberts said.

There are green energy co-ops in several other provinces, with SolarShare in Ontario being among the most successful. SolarShare, which has about 1,900 members, has invested more than $55-million in 49 renewable energy projects, with more than $7.9-million returned to members. There are also several groups in B.C., such as the Vancouver Renewable Energy Co-operative, whose projects have generated 1.2 million kilowatt-hours of electricity.

On the smaller scale, there is the SES Solar Co-operative in Saskatchewan and the Ottawa Renewable Energy Co-operative in Ontario. Mr. Roberts says that these two smaller co-ops have been valuable allies in the Bow Valley co-operative’s journey by offering advice and resources.

“There’s a certain flavour to a co-operative versus a corporation,” Mr. Roberts said. “We don’t view it as competing with each other. We have a social objective, rather than a profit objective.”

The Bow Valley co-op, which is the offspring of a 2019 feasibility study carried out by the Biosphere Institute environmental charity in Canmore, will hold its inaugural membership drive this spring. The church project has already been fully funded by investment shares sold to the seven sitting members on the board of directors.

A lifetime membership will cost $100, which is a legal requirement before someone can invest, with investments starting at $1,000. That money is put into energy projects within the community. The energy is then sold to the host – a building or home owner – or back into the electrical grid. Profits are either reinvested in other projects or paid to investors as dividends.

The co-op plans to eventually look at other technologies, including geothermal. Mr. Roberts said an underground aquifer beneath Canmore has the potential for geothermal recovery. He noted that local Spring Creek development has been using geothermal heating in its Creekstone Mountain Lodge condos since 2016.

The co-operative said there are also opportunities for wind power east of Canmore, but that will move slower because of the higher costs to connect to the power grid.

To make the co-op work, keeping costs low is essential, and the group is currently running entirely on the time of volunteers. This past summer, it unveiled its Friends of BVGEC campaign – a call for volunteers to help with increasing workloads as the co-operative prepares to open up for investments.

While there are similar co-operatives in Calgary and Edmonton, the interim treasurer of the Bow Valley co-op, Karena Thieme, says the group is growing fast, something that she attributes to the community and its picturesque locale.

“In Canmore, we are living close to the mountains; climate change is very obvious. We see the glaciers receding,” said Ms. Thieme. “So, I think there’s just the right community for an initiative like that, but also the right group of people to move it forward.”

Even though Canmore is less favourable to some renewable installations than the sunny south or the windy badlands to the east, nestled down below a visibly shrinking ice field, Mr. Roberts said the region has a lot going for it to make renewables a reality.

“The Bow Valley is a pretty interesting place,” he said. “Many of the folks here are tied inexplicably to the outdoors.” 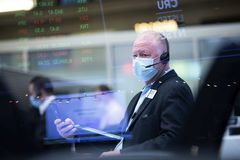 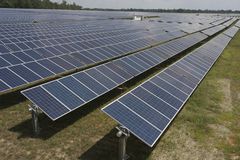 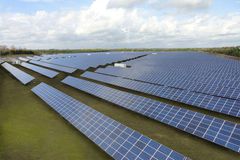