The intensive care unit at Calgary’s Peter Lougheed Centre is the busiest Daniel Niven has seen in his 10 years as a critical care doctor.

The hospital has been routinely adding new beds and bringing in physicians to meet the steady stream of people coming into the emergency room with COVID-19 and then ending up in the ICU. Some patients are being double-bunked in intensive care rooms designed for one. And the care that those patients require is significant.

“Our volume of patients in the intensive care unit is at a level that I’ve never seen it before,” said Dr. Niven, who is also an assistant professor at the University of Calgary’s medical school.

“The COVID volume itself is quite high and the patients are quite sick and do require a fairly high level of care, especially once they enter into the intensive unit and their lungs, and sometimes other organs, are failing them.”

Hospitals in Calgary and Edmonton have been routinely operating near or above capacity for weeks as COVID-19 infections in Alberta have surged at a rate higher than anywhere else in Canada. The increase in infections has, in turn, led to a dramatic spike in hospitalizations, leaving Alberta with the second-highest per capita rate of hospital and ICU admissions in the country, behind only Manitoba.

The province has implemented a series of harsh restrictions, including banning all social gatherings of any kind, implementing a provincewide mask requirement and significantly restricting the capacity of retailers. It has also ordered restaurants, casinos, hair salons and other businesses to shut down. Some of those restrictions were in place immediately after they were announced last week and the rest went into effect over the weekend.

But even if those measures are effective in reversing the curve of COVID-19 infections, the province’s health care system is bracing for hospitalizations to continue their sharp increase for the next month, with the number of people admitted with severe cases of the disease expected to at least double – or potentially worse.

“It is scary in that the numbers are already running high,” Dr. Niven said.

“That said, I look around me and the team that I work with, the colleagues that I have and … I’m confident that our team will be able to handle it. But it’s going to require a fair bit more help.”

As of Saturday, there were 681 people in hospital, including 136 in the ICU. Those numbers have nearly doubled in a little more than two weeks and they have almost quadrupled in the past month.

The provincial government and health experts have said they expect the new restrictions to take at least two weeks to have a noticeable effect on infections. And the worst cases of those new infections could take another week or two to end up in hospital, meaning the pressure on emergency rooms and intensive care units could continue to increase well into January.

Acute-care space at Calgary hospitals was at 107 per cent of capacity in the middle of last week before dipping to 99 per cent on Thursday, according to Alberta Health Services, the provincial health authority. Edmonton hospitals hit 102 per cent last week.

Intensive care units across the province’s busiest urban hospitals have been consistently between 90 and 100 per cent capacity over the past month, with some facilities, particularly in Edmonton, well above 100 per cent.

The province has been adding beds as part of a larger plan to boost the system’s capacity by 2,250 acute-care spaces and 425 ICU beds to prepare for a flood of COVID-19 patients. That plan involves repurposing hospital space, moving non-COVID patients into continuing care facilities and cancelling surgeries and other services to bring in doctors and nurses from other areas.

The province has also looked into the possibility of asking the Red Cross to help set up field hospitals, but the provincial government has said that is merely a contingency that is not part of its current plans.

Rebeccah Rosenblum, an emergency department doctor at Edmonton’s Royal Alexandra Hospital, said it has felt like a war zone.

“We are hanging on by our fingernails,” Dr. Rosenblum said.

Dr. Rosenblum compared it to an experience she had training in Israel in 1997, after a suicide bombing in a market. She said the bombing sent more than 50 patients to her hospital in 20 minutes. She was dispatched to the labour and delivery ward so that obstetrician-gynecologists, who had training in general surgery, could work in the operating rooms. Dr. Rosenblum delivered 14 babies in 36 hours. While she was not taking care of bombing patients, her assignment freed up others who could.

“That’s what it’s like in our hospital now for many redeployed staff,” she said. “They are being sent to the emergency department, ICUs, and the wards. Wherever they are, whatever they are doing, they are critical to patient care in the pandemic.”

Her colleagues are pulling together to make it work, she said.

“We are determined to get our patients through this,” Dr. Rosenblum said. “And, if Albertans help us by staying home and, when available, getting vaccinated in droves, we may just stand a chance.”

“The more we see that rise [in COVID-19 admissions], the more it puts pressure on other parts of the system,” she said at a recent news conference. “In order to care for those [COVID-19] patients who are needing ICU care or hospital care, other patients waiting for services need to have those services delayed.”

The province has already cancelled some non-urgent surgeries and other services, particularly in Edmonton, and Dr. Hinshaw has warned this would get worse unless COVID-19 was brought under control.

Health Minister Tyler Shandro said the province is expecting hospitalizations to continue increasing for at least the next four weeks but he said the health care system is prepared for the surge.

He said the significant strain on the hospital system underscores the need for the public to follow public-health restrictions and heed advice to prevent infections.

Yael Moussadji, an emergency physician doctor in Calgary who is also working on Alberta Health Services’ work force plan for doctors, said the next two weeks in particular will test the health care system’s limits.

“The emergency department is always the canary in the coal mine, because we can’t shut our doors,” she said.

Adding beds and equipment won’t be enough on its own to meet the province’s surge plans such as adding more than 2,000 acute-care beds. The real constraint will be ensuring there are enough doctors and nurses to care for those patients – which has already become a challenge with staff off sick themselves with COVID-19 or isolating because they or a family member have been exposed.

Because of that reality, Dr. Moussadji said meeting the province’s maximum surge capacity can’t happen without shutting down large parts of the health care system to bring other doctors into the COVID-19 response.

“If we have to meet those numbers, then that’s definitely a worst-case scenario and at that point I would assume we have to shut down most services in order to take care of 2,000 COVID patients,” she said.

“That is just an astronomical number, so I don’t really see it going in that direction.”

She said hospitals are managing the current workload, and the addition of physicians who don’t have expertise in emergency medicine or treating respiratory illnesses, by focusing on team-based care to allow doctors to treat larger numbers of patients. Calgary’s hospitals have already added hundreds of additional beds and she said it’s working well so far.

Dr. Moussadji said she’s hopeful that the recently announced restrictions will finally make a dent in the province’s infection rates. The approval of the first vaccine for COVID-19, which will start being administered as early as this week, has only added to that optimism.

“The next few months are going to be tough just in terms of trying to ensure that we’re prepared,” she said. “But I think we can do it.” 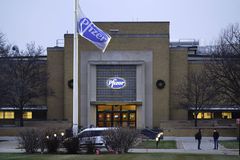 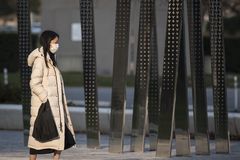