A hotel lobby group in Alberta has launched a political campaign against short-term rentals, encouraging Edmontonians to submit their rental horror stories and arguing businesses such as Airbnb and Vrbo are ruining neighbourhoods while skipping out on taxes.

Edmonton Destination Marketing Hotels, which represents some of the world’s largest hotel brands including Fairmont Hotels and Resorts, on Thursday unveiled a website tying short-term rentals to an increase in crime, noise and congestion, while reducing safety standards and potential revenue for the city. EDMH wants Edmonton to crack down on short-term rentals, and the site is designed to harness support from local residents.

Cities and tourist towns around the globe are grappling with how to address concerns linked to accommodations such as Airbnb. Opponents also argue short-term rentals contribute to housing shortages and should be taxed like commercial businesses, for example.

But while there is widespread pushback, groups such as EDMH have largely refrained from public campaigns. EDMH’s campaign is not directed toward Edmonton City Council; it targets residents and makes it easy for them to send a 315-word form letter to city councillors.

Karen Chalmers, EDMH’s executive director, said the group wants to give people who have had negative experiences – either as a guest or neighbour – more sway with the city’s decision-makers.

“We don’t mean to be fearmongers," she said in an interview. “But for those people who do have an issue and have experiences, we want to provide a voice.”

Airbnb spokeswoman Alexandra Dagg said in a statement that Edmonton should not rush to rewrite its bylaws on the short-term sector.

“It is troubling that the corporate hotel lobby is spending thousands of dollars advocating against allowing local Edmontonians to benefit from the tourism industry and show visitors a more personal side of their city," the statement said.

Ms. Chalmers acknowledged that EDMH is lobbying for restrictions targeting its competitors, but said that is not the group’s exclusive motivation. “Our greater concerns are homeowners or home dwellers in a community that may not have any rights."

Regulations across the country vary. In Vancouver, residents are only permitted to operate short-term rentals – stays that are 30 consecutive days or fewer – from their principal residence. They also require business licences and are subject to fines up to $10,000 for running commercial operations or repeatedly breaking rules such as renting unsafe properties.

Canmore, Alta., restricts short-term rentals in the majority of its residential districts and restricts the type of homes that can be used for short stays. This means the tourism industry does not crush the local rental market. Calgary’s new rules, which include mandatory business licences and require fire inspections for some properties, kick in next year.

Those who oppose short-term rentals argue the accommodations attract nefarious people to neighbourhoods. EDMH, for example, points to a shooting at an Airbnb in the city this month that sent two people to hospital. The home’s owners live in Toronto, which supports EDMH’s opposition to absentee property owners.

In August, Edmonton introduced mandatory business licences for short-term rentals, as well as zoning and licensing requirements for hosts building garden suites or secondary suites. Some of the regulations dictate that neighbours must be notified about the business and have a chance to appeal the application. Alberta Health Services is also notified after the city issues a licence. Airbnb wants the results of these regulations assessed before changes are made.

Edmonton expects a report on short-term rentals to go before its urban planning committee in February, 2020. The report will consider rules around permitting, property taxes and accountability for companies such as Airbnb, according to Anthony Toderian, a spokesman with the city.

It will also consider how to address affordable housing, tourism, and rules around suspending or revoking licences, he said in a statement. 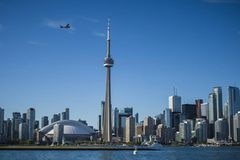 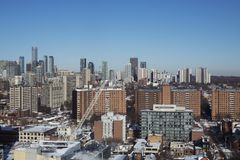 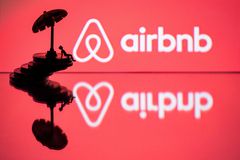