An Alberta judge has denied a mistrial application in the case of a man found guilty of manslaughter in the death of an Indigenous woman whose body was discovered in an Edmonton motel a decade ago.

A jury concluded in February that Bradley Barton, a former trucker from Mississauga, was responsible for the death of Cindy Gladue, a 36-year-old Métis and Cree woman, at the Yellowhead Inn in 2011. It was Mr. Barton’s second trial after an earlier acquittal was overturned by the Supreme Court of Canada.

Mr. Barton was scheduled to appear at a sentencing hearing this week, but that was postponed after his lawyer asked the court to declare a mistrial because of an anonymous letter alleging misconduct on the jury.

The first verdict was overturned in large part because of how the judge overseeing the trial handled the issue of sexual consent and Canada’s rape-shield law; Ms. Gladue and Mr. Barton had a paid sexual encounter the day before she was killed. The judge was also criticized for not doing enough to ensure that the jury wasn’t influenced by myths and stereotypes about women, Indigenous people and sex workers.

The basis of the mistrial application had been under a publication ban, but Justice Stephen Hillier of the Court of Queen’s Bench said in his decision Friday that the defence received an anonymous letter in March that claimed Mr. Barton was not afforded the presumption of innocence.

The defence asked the court to recall the jurors to investigate what happened in order to determine whether to declare a mistrial.

Justice Hillier said there was no justification to call the jury back so long after the verdict, particularly in light of the ”tenuous” nature of the anonymous letter. The judge concluded that he had no jurisdiction to take on such a complaint.

“One of the grounds, I expect, would be the potential for a miscarriage of justice due to jury misconduct,” Mr. Bottos said in an interview.

At his second trial, Mr. Barton testified that he paid Ms. Gladue for sex, but the court heard she had four times the legal limit of alcohol in her system and she bled to death from a severe wound in her vagina.

The Crown’s theory was that Mr. Barton caused Ms. Gladue’s injuries and then, knowing she was bleeding, dumped her in the motel bathtub. Prosecutors also said Mr. Barton then tried to cover up what happened by lying to police, his coworkers and his wife.

Mr. Barton testified that he had a consensual sexual encounter with Ms. Gladue, and while he knew she was bleeding, he did not know she was in medical distress. He said Ms. Gladue went to sleep in the bathtub, where he found her body in the morning. He said he then lied about what happened because he was in shock and worried about his family and others learning that he paid for sex.

Two jurors were excused before deliberations. One juror was excused over allegations that they had expressed disparaging remarks about sex workers and prostitution and that Ms. Gladue would have lived had she not exchanged sex for money with Mr. Barton.

Another juror was excused, the trial heard, because he was trying to sway the opinion of other jurors.

The top court unanimously ruled in 2019 that the judge who presided over the first trial made a crucial error in failing to hold a “rape-shield” hearing, in the jury’s absence, to determine whether sexual activity between Mr. Barton and Ms. Gladue a night earlier could be introduced as evidence that she consented to similar activity on the night that led to her death.

The majority in the Supreme Court ruling ordered a new trial but only for manslaughter. Three of the seven justices said they would have allowed a retrial on a first-degree murder charge, as well as manslaughter. 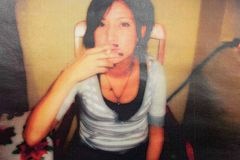 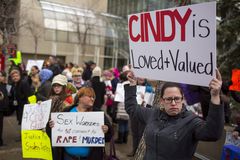