Alberta is immediately cutting corporate taxes by 20 per cent and adding more than $1-billion in infrastructure spending this year as the province attempts to climb out of the economic wreckage of the COVID-19 pandemic and a collapse in world oil prices.

Premier Jason Kenney outlined an economic plan Monday that focuses on putting people to work immediately building highways, bridges and other projects, while all but eliminating the use of temporary foreign workers to ensure Albertans are first in line for jobs. The province is speeding up planned cuts to corporate taxes, cutting the current rate by two percentage points to 8 per cent as of Wednesday – a year and a half ahead of schedule.

The Premier also provided a broad sketch of how his government plans to diversify an economy that has long been at the mercy of oil and gas prices, though there were few details about how exactly it would do that. Mr. Kenney said the government will release detailed proposals for specific sectors in the coming weeks and months.

Mr. Kenney said in an interview that the cut to the corporate income tax, which was initially set to reach 8 per cent by January, 2022, has become more urgent as businesses assess the impact of the pandemic on their operations and work force. Mr. Kenney said his economic recovery council, whose members include former prime minister Stephen Harper, urged the government to act quickly.

“They said, ‘Now is the time to make a move, to get noticed,‘ ” Mr. Kenney said. “The fiscal crisis here will be completely insurmountable unless we get back to growth. For us, this is the key strategy to do so.”

Mr. Kenney said the province’s corporate tax rate, which will be by far the lowest in Canada, will become a central part of the province’s pitch to investors as it sets up a trade office in Houston and contemplates opening one in New York. The Premier said the province will pitch the availability of cheap office space, particularly in Calgary, where downtown towers have been hollowed out by years of low oil prices.

The plan released on Monday includes more than $10-billion in infrastructure funding this fiscal year, the highest amount in the province’s history, which the government said would create 50,000 jobs. Most of that money was previously announced.

It includes $6.9-billion for capital spending included in the February budget, $1.5-billion to purchase a stake in the Keystone XL pipeline, and a $960-million increase to a capital maintenance program announced in April. Monday’s announcement includes more than $1-billion in new money for municipal projects as well as other “strategic” infrastructure projects.

The Premier said some companies interested in investing in or moving operations to Alberta expressed skepticism that the corporate tax cut would ever come to be. Other provinces had promised but not delivered on similar business tax cuts, he said.

“We figured the only way we were going to get the full value of a cut was to go faster.”

The province had suffered through more than five years of low oil prices when it faced several new crises earlier this year. A price war between Saudi Arabia and Russia sent oil prices plummeting to historic lows as the COVID-19 pandemic further weakened demand and drove prices down even further.

Economic shutdowns related to the COVID-19 pandemic have pushed the unemployment rate to 15.5 per cent, though the government estimates the real figure is more than 20 per cent when taking into account people who have left the work force altogether.

The Premier said those realities make it increasingly difficult to justify bringing in workers from outside Canada, either as temporary foreign workers or under the provincial nominee program.

The province will ask the federal government to suspend the temporary foreign worker program for most job categories, including the hospitality industry, though there will be exceptions for specialized workers such as meat cutters in slaughterhouses. The province will also cut the number of workers it accepts through the provincial nominee program by roughly one-third to no more than 4,000 this year.

He said he has raised the issue during calls with other premiers and the Prime Minister, particularly when Ottawa took steps to ensure the pandemic did not disrupt access to temporary foreign workers.

“I was not happy that there was a big effort in April to facilitate the entry into Canada of temporary foreign workers given the near-depression levels of unemployment here,” he said.

The government will spend the coming weeks and months releasing plans to help specific sectors in a bid to diversify the province’s economy.

Those areas will include energy, with a focus on petrochemicals, hydrogen and geothermal; agricultural and forestry; high-tech industries such as digital media and artificial intelligence; aerospace and aviation; financial services and financial technology; tourism; and culture.

Rachel Notley, the leader of the Opposition New Democrats, said the plan falls short of the bold vision required to get Alberta’s economy back on track.

“There is very little new in here and it proves that the government is already out of ideas,” she said.

While she acknowledged investing in infrastructure can be an effective shock absorber in an economic downturn – her government, after all, took the same tack during the previous recession – she said the plan does nothing to diversify Alberta’s economy.

“I have no idea what their economic recovery crew has been doing for the last four months, quite honestly, because there’s really not a heck of a lot in here that’s new,” she said.

Monday’s announcement included an “innovation” grant program designed to help tech startups, as well as $175-million through the Alberta Enterprise Corp., which will help provide access to capital for early stage companies.

Long-time Edmonton entrepreneur James Keirstead, chief executive of Levven Electronics Ltd., applauded the access to capital, but he was disappointed the province didn’t take the opportunity to bring back an investor tax credit geared toward the sector.

“I do like the idea of trying to attract money into the start-up community, but I would have liked to have seen something along the lines of tax credit, because start-ups will benefit from that but also scale-ups would benefit,” he said. 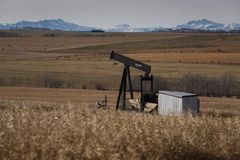 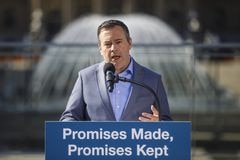 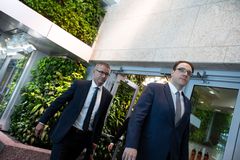 Follow James Keller, Kelly Cryderman and Emma Graney on Twitter @byjameskeller @KellyCryderman @EmmaLGraney
Report an error Editorial code of conduct
Due to technical reasons, we have temporarily removed commenting from our articles. We hope to have this fixed soon. Thank you for your patience. If you are looking to give feedback on our new site, please send it along to feedback@globeandmail.com. If you want to write a letter to the editor, please forward to letters@globeandmail.com.
Comments