When Calgary’s storied King Eddy reopened for live music on Canada Day, its first pandemic-era performers – local musicians Mariya Stokes and Wyatt C. Louis – took to a stage unlike any they had played before.

The bar’s actual stage sat empty. Instead, both singers took turns performing their sets in an adjacent room through a large glass window – a response to COVID-19 restrictions that essentially eliminates interaction with the audience.

“As a performer, it’s natural for me to get into a zone," said Mr. Louis, who is performing again at the King Eddy this weekend with Carter Felker.

“I do pull the crowd’s energy with me into each performance. Any barrier or separation between the audience and myself, it’s really all about adjusting to a space that’s comfortable.”

Out of all types of entertainment, live music has had some of the most intense restrictions throughout the pandemic. For anyone sitting in a bar, having a drink, there was something missing in the atmosphere.

It wasn’t until early September that the provincial government approved the use of plexiglass shields or masks by performers to safely sing inside a bar or restaurant, though some venues had already installed barriers on their own.

Places such as Ironwood Stage and Grill and Mikey’s on 12th installed plexiglass booths for vocalists. Others, such as the King Eddy, searched for different formats to allow musicians into their spaces with individual approvals from Alberta Health Services.

Mr. Louis is grateful for the chance to perform.

“These are supportive grounds for many emerging artists," Mr. Louis said. "I recognize and appreciate our local venues putting in more effort than ever before. Even in the toughest of times, music and art prevail.”

At the King Eddy, even a limited ability to offer live music has kept food and drink sales up. The performances are also livestreamed so fans who don’t feel comfortable going out can still enjoy the show at home.

The president of the National Music Centre, Andrew Mosker, has been happy to see a variety of local venues forging ahead with live music during uncertain times despite the extra hurdles and points out that small to medium-sized bars are integral for the growth of a city’s music scene.

“A restaurant [or bar] can do better when there’s live music happening, but it’s also important for emerging artists to hone their craft in the smaller venues as well. As soon as you take one venue away in the city, you lose the ability of artists and musicians to get that experience,” Mr. Mosker said. “We believe in the power of live music and whatever we can do to help foster that, we contribute as best we can.”

Kyla Belich co-owns The Track on 2 in Lacombe, Alta. Being a large venue and one with an immense amount of expansion plans in terms of live entertainment programming, the space has had its struggles since March with limited capacities both inside and out.

On Aug. 14, Track launched its Stillhouse Songwriter Sessions in its restaurant as a way to support Alberta musicians and to get more people through the door. People, clearly craving a live music fix, have been (safely) flocking to the space each week.

The restaurant runs its weekly acoustic sessions with two performers – a format that would typically have four – notably spaced out and with a plexiglass barrier across the small stage.

“In these trying times, we are able to witness the power of music to unite, to heal and to connect,” Ms. Belich said. “We will do whatever it takes to continue to support the music and entertainment industry and hope that in the not-too-distant future we might revisit our ambitious plans to develop our facility into an entertainment destination.”

If independent restaurants and bars are looking for a way to entice people to come into their spaces and have the ability to set musicians up safely, Mr. Mosker thinks there is likely success to be found in offering live music.

“I really don’t think people realized how much music really mattered in their lives, but they do now because of the pandemic. I think restaurants can take advantage of that by using music as a differentiator and experiment with it,” Mr. Mosker said. “There is a lot of potential there.”

Royal Conservatory of Music forges ahead with a season of in-person, indoor concerts during COVID-19
September 18, 2020 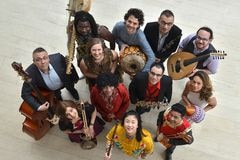 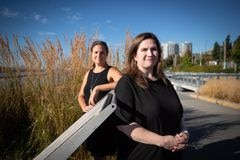 Opinion
Live music, with a crowd and everything, returns to Toronto
Subscriber content
August 17, 2020 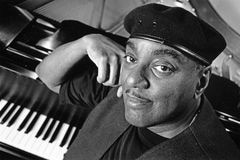