Rachel Notley says a re-elected NDP government in Alberta would introduce billions of dollars in new spending, largely to pay for a province-wide daycare program, while balancing the budget in five years.

Ms. Notley released her party’s full platform on Sunday, a day after United Conservative Party Leader Jason Kenney did the same. The documents lay out two sharply different paths to bring the province out of years of deficits, including how quickly that would happen, while setting the tone ahead of a televised leaders’ debate later this week.

The New Democrats say they would increase spending for education, health and child care while sticking to the government’s previously announced “path to balance" to return to surplus by 2023-24. A UCP government would rely on a spending freeze and tax cuts to balance the province’s books a year earlier, while cancelling a number of NDP programs and overhauling the province’s approach to greenhouse gas emissions.

Ms. Notley said her government invested in services such as health care and education during an economic downturn, and that would continue if her party wins the April 16 election.

Ms. Notley said an NDP government would roll out a $25-a-day child-care program across the province, which would escalate in cost and reach $500-million for 2023-24. The NDP would also increase prescription-drug coverage for seniors, hire 1,000 teachers and school support staff, and increase grants and loans for new oil upgrading or refining projects.

She said Mr. Kenney’s platform instead hands out tax cuts to corporations while putting services that Albertans rely on at risk.

“It’s a compilation of failed, old ideas that got Alberta into a whole heap of trouble in the first place,” she said. "It’s a race to the bottom."

“The reality is that either the NDP will run deeper, longer deficits and bigger debt, or they’ll be hiking taxes, or more likely both,” Mr. Nixon said.

A day earlier, Mr. Kenney told supporters in Calgary that his plan would focus on spurring growth by cutting corporate taxes by one-third and slashing regulations. Spending would be nearly frozen, increasing just 0.3 per cent over four years, Mr. Kenney said

He said a UCP government would identify low-priority spending that could be redirected to other areas. He would also cancel Ms. Notley’s $3.7-billion plan to ship crude from Alberta to the U.S. Gulf Coast in thousands of rail cars leased by the government.

The UCP’s most expensive campaign promise is $100-million for additional mental-health services. The second-largest increase would see $80-million spent on a new government “war room” and advertising meant to defend Canada’s energy industry from criticism.

Mr. Kenney’s platform includes his signature promise to kill the carbon tax and instead impose a new tax on the province’s large industrial facilities to fund projects such as geothermal power and carbon capture.

Trevor Tombe, an economist who teaches at the University of Calgary, said the revenue numbers included in the UCP plan are credible and more conservative than his own projections. He said the NDP’s platform relies on optimistic predictions for oil revenues, which he said makes it inherently riskier.

But he said neither platform does much to get Alberta off the boom-and-bust cycle of the oil industry.

“Albertans should continue to be concerned that most of the major parties are not offering ideas on getting off the royalty roller coaster,” Mr. Tombe said in an interview.

“This has been a feature of Alberta fiscal policy for decades, and we see that it can get us into situations where the price of oil doesn’t behave as we want it to.” 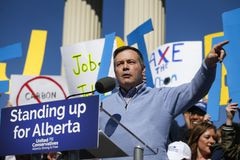 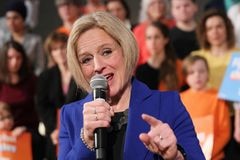 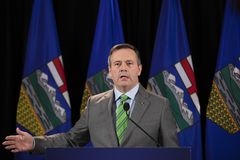