Alberta needs to consider drastic spending cuts, including lower wages for public servants, fewer doctors and the closing of hospitals and universities if it wants to bring its budget back to balance, a review commissioned by Premier Jason Kenney has concluded.

The United Conservative government has not accepted the roadmap from the panel on Alberta’s finances headed by former Saskatchewan finance minister Janice MacKinnon, and some of its recommendations could be at odds with Mr. Kenney’s promises to maintain spending on health and education at current levels.

Finance Minister Travis Toews said the report is guiding his thinking for the government’s first budget, expected in late October. However, Ms. MacKinnon said “difficult choices and bold action” are needed to tackle a deficit expected to reach nearly $8-billion this year.

“We found that without bold change, Albertans face a future of rising deficits and debt with more and more tax dollars going to interest rather than programs. Delay will only worsen the problem,” she told reporters on Tuesday morning in Calgary as the report was released.

The panel was not permitted to consider whether provincial taxes should be increased to deal with budgetary shortfalls. Alberta has the lowest level of revenue per capita of any province, and does not collect a provincial sales tax. Mr. Kenney’s government cut corporate taxes earlier this summer, a move expected to add billions to the province’s deficits over the next four years.

“This is a clear case for change," Mr. Toews said Tuesday, as he shared the stage in a government building with Ms. MacKinnon. "We must bring our spending in line with other provinces over time.”

Asked why Ms. MacKinnon’s panel could not look at tax levels, the Finance Minister said there was no interest in Alberta to increase taxes. “We don’t have a revenue problem folks, we have a spending problem,” he said.

Ms. MacKinnon agreed and said higher taxes wouldn’t solve Alberta’s financial problems. “There is no evidence here to support the idea that Alberta is a province that should be raising taxes, not a shred of evidence,” Ms. MacKinnon said.

The 82-page report did call on the province to stop depending on windfalls during oil booms to patch up its finances.

The panel said Alberta’s expenditures would drop by $10.4-billion annually if the province spent the same amount of money on each of its citizens as the governments of Ontario, British Columbia or Quebec.

While cutting spending to the level of other provinces would turn Alberta’s deficit into a surplus, so would adopting other province’s tax levels, he said. Taxing at the same level as B.C., where the economy has consistently outperformed that of its neighbour in recent years, would bring in an additional $11.2-billion annually, Prof. Tombe said.

Spending restraint, including reducing Alberta’s public sector wages from the highest in Canada to the same as other provinces, could lead to labour strife, said Duane Bratt, a political science professor at Calgary’s Mount Royal University.

“It’s seems clear that there are going to be legislated wage cuts,” he said. "There are references in the document to back-to-work legislation, which tells me that they are anticipating job action. I think they are gearing up for a fight.”

Gil McGowan, the president of the Alberta Federation of Labour, warned that the report’s recommendations would lead to deep cuts in education and health care. “It is an attack on our public services, our children’s education and jeopardizes the future of all working Albertans,” he said in a statement. 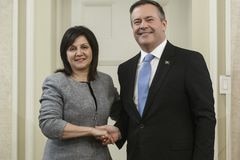 Opinion
The real free-speech crisis on Alberta’s campuses might not be what you think it is
August 31, 2019 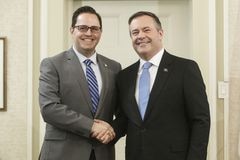 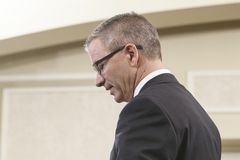