Alberta Party Leader Stephen Mandel, disqualified from running in the upcoming provincial election, says his chief financial officer missed a crucial filing deadline and then never told him about it.

Mandel says he didn’t learn until two weeks ago that he was facing a five-year ban for failing to file his nomination financial report on time.

“I had a CFO and he was in charge of making sure that was taken care of,” Mandel told reporters Saturday, stressing that he was not blaming anyone, but taking full responsibility for everything that happened with his nomination.

“He had to resign because he was not well. As a result of that, he missed some of the dates and that’s part of the reason we’re here today.”

Mandel said he will go to court as soon as possible to try to overturn the ban on the grounds the stated deadline rules from Elections Alberta are fuzzy and open to misinterpretation.

He spoke one day after Elections Alberta posted on its website the list of candidates and chief financial officers banned due to failure to file nomination financial reports or for filing them late.

The list includes Mandel and five other Alberta party candidates.

Mandel won the Edmonton-McClung riding for the Alberta Party last July. By law, candidates in these contests must list expenses and contributions, with expenses limited to a maximum $10,000.

“We’ve sent letters to Mr. Mandel and we sent it to all nominated candidates and all parties involved in the election process on a regular basis once they register with us … telling them you’re now registered, you’re required to file financial statements, the dates you have to file them and it was clearly indicated on those letters the dates he had to file prior to the filing date,” Drew Westwater, deputy chief returning officer, said in an interview Saturday.

Mandel acknowledged that he received and was aware of a letter from Elections Alberta in July that spelled out, in boldface type, that the financial report must be filed by September 12, 2018, or Mandel could be subject to “further penalties.”

Mandel said he left it to his chief financial officer to file the financial statement.

The statement, which detailed zero expenses and revenue, was co-signed by the CFO and Mandel and dated Sept. 24, 2018 — two weeks after the deadline.

Mandel, however, said he was never told he had missed the deadline.

“Do you feel like your CFO let you down?” he was asked.

“I’m not going to comment on that,” he replied.

The issue lay dormant until two weeks ago, when Elections Alberta informed Mandel by letter that because of the late filing he was being assessed a $500 late filing fee and was barred from running as a candidate in any election for five years.

The controversy comes as the Alberta Party and its rivals race to fill up their slates of 87 candidates for the spring election, which can be called by Premier Rachel Notley at any time but must be over before the end of May.

Mandel and his legal team are now taking action through Court of Queen’s Bench. They say the Elections Alberta documents are contradictory on whether the four-month financial filing deadline begins when a candidate is nominated or when the nomination vote is concluded, which happened two months later.

Mandel believes it’s when the nomination vote is concluded, so that in his case the deadline should not have been in September but in November, meaning he met the deadline with weeks to spare.

He said he is paying his own legal fees and that the party is not working out a Plan B because they believe they will be successful in court. No court date has been set.

Mandel said they will support the other five candidates by helping with their legal fees if necessary.

The Alberta party has over 60 candidates nominated and has pledged to run a full slate to use this election to vault out of the fringes of Alberta’s political landscape into the mainstream. 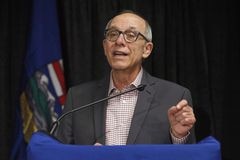 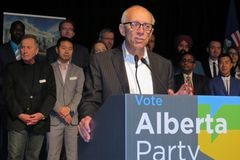 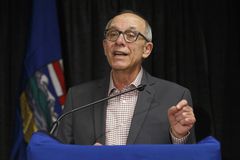