Alberta Premier Jason Kenney is defending his government’s numbers showing that oil sands emissions are far from a legislated cap and is seeking assurances that Ottawa will approve new energy projects before the province enforces the limit.

A looming debate in the federal cabinet on whether to approve Teck Resources Ltd.’s Frontier oil sands mine has brought focus to a 20-megatonne gap between the level of greenhouse gas emissions that Ottawa believes are created by the oil patch and Alberta’s own projections. The difference between the two numbers could decide whether the proposed new mine fits within the province’s emissions cap.

Alberta’s 100-megatonne cap on annual emissions from the oil sands, which was passed into law by Mr. Kenney’s predecessor, has not yet been implemented by the provincial government. Federal Environment Minister Jonathan Wilkinson urged Alberta on Monday to enforce the cap and warned that the province’s oil sands emissions are on track to hit the limit within a decade, even if no new projects are built.

Mr. Kenney said on Tuesday that the federal numbers are wrong. Instead, he said Alberta projects the oil sands to be currently emitting about 67 to 68 megatonnes of greenhouse gases under the definitions set by the cap. The federal government says the province is emitting roughly 87 megatonnes.

“We haven’t come up with novel numbers, this is the science, this is the data," he told reporters in Calgary. "My understanding is that the federal government had already accepted our numbers as the baseline for the proposed 100-megatonne cap. If they are suddenly changing their criteria, well they haven’t informed us. I think they are scrambling, frankly.”

Mr. Wilkinson’s office said in a statement that the minister stands by federal projections that the oil sands will emit 87-megatonnes by the end of the year under the province’s legislation.

The federal decision on the Teck mine is due before the end of the month and Ottawa is looking to balance the need for new investment in Alberta’s depressed economy with wider environmental concerns as it considers the project. The Frontier mine would emit 4.1-megatonnes of emissions annually, which would complicate Canada’s commitment to reach net-zero emissions nationally by 2050.

The Premier said Tuesday that he and his ministers have raised the issue of the emissions cap with Ottawa for nine months and received no interest in the subject from Prime Minister Justin Trudeau or anyone in his government.

“We’ve said to them: ‘Let’s talk about the 100-megatonne cap. What exactly does it mean? If we in fact proclaim the legislation adopted by the NDP, are you going to assure there is a future for the oil sands?’ ” Mr. Kenney said.

“They’ve never written us a letter about this, they haven’t responded to us in meetings or phone calls on this,” he added.

The cap was created by the New Democratic government of then-premier Rachel Notley in 2016. The legislation exempts a number of emissions from the limit, including those from upgrading built after 2015 and from electricity produced at oil sands plants that is then sold into the provincial power grid.

Mr. Kenney said he’s been told by his officials that Ottawa’s numbers counted emissions not covered by the cap, including those from conventional drilling as well as emissions from neighbouring Saskatchewan.

Mr. Wilkinson’s office said federal numbers comply with the province’s legislation. “The projected numbers provided by [Environment Canada] include only emissions that would fall under the 100 MT cap as defined by the province," spokeswoman Moira Kelly said. "We are always available to work collaboratively with provinces to take action on climate change.”

Ottawa expects emissions under the province’s legislation to hit 100 megatonnes by 2030. 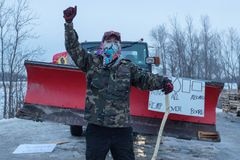 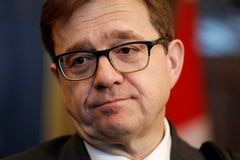