Alberta has changed its directive on mask-wearing in schools after two weeks of criticism from teachers and parents who argued the province’s initial plan left students and staff at risk.

Returning students in Grade 4 and above, teachers and staff will now be required to don masks when classes resume in September.

The province released a plan in mid-July that left masks voluntary, though Dr. Hinshaw still recommended their use and said at the time that the guidelines could change in the weeks leading up to September.

“Emerging evidence has made it clear that masks can play an important role in limiting the spread of COVID-19 in our schools,” Ms. LaGrange told a news conference on Tuesday.

Students will be required to wear masks in common spaces, including school buses and hallways. Masks will not be mandatory in classrooms if teachers and students are working quietly at their desks, except when they are interacting while working closely together.

Ms. LaGrange said children in kindergarten to Grade 3 will not have to cover up as they could have trouble putting masks on and taking them off properly. She also pointed to evidence that younger children are less likely to spread the coronavirus that causes COVID-19.

School boards were also initially expected to foot the bill for protective gear, such as masks and hand sanitizer. But on Tuesday, Ms. LaGrange said the province will distribute 1.6 million reusable masks to 740,000 students and 90,000 staff, as well as 466,000 litres of hand sanitizer to schools.

Alberta updated its policy in the wake of other provinces releasing school re-entry plans that include a blend of in-class and remote learning for older students, plus some mask-wearing. Dr. Hinshaw pointed to Ontario, Quebec and Nova Scotia where masks are mandatory in certain settings, such as school buses, and vary by student age and ability to physically distance. Ontario implemented the country’s strictest mask policy in its plan last week, making them mandatory for all staff, as well as students in grades 4 through 12.

“My team was reviewing the current guidance, including evidence from jurisdictions around the world,” Dr. Hinshaw said. “Today’s announcement is the result of that detailed review.”

Alberta’s plan encourages schools to reschedule start times for classes, recesses and lunch to allow for physical distancing, conduct enhanced cleaning, and provide hand-sanitizer stations and increased hand-washing. There are no caps on class sizes, as have been put in place in other jurisdictions.

Jason Schilling, president of the Alberta Teachers’ Association, said that while the change is welcomed by teachers, the plan still fails to address their most pressing concerns, particularly the need for smaller class sizes. He said school boards need funding to adjust their classrooms, for example by holding some lessons outdoors.

The Calgary Board of Education released a re-entry plan last week that included short-term online learning for families who are not comfortable sending their children back to school. Edmonton Public Schools and the Edmonton Catholic School Division released plans – both with online learning options – a few hours after the province’s update.

Jeffrey Pernica, a pediatric infectious-disease expert at McMaster University in Hamilton, said masks are the “fifth line of defence” after more effective measures such as adequate physical distancing.

More importantly, he said, provinces need to ensure teachers are able to stay home when they’re sick and parents can keep their children home if they have symptoms – and that those absences aren’t repeatedly disrupting classes.

“Parents will have to be empowered to keep their kids home, so employers need to recognize that there will be a lot of last-second absences,” he said. “And teachers need to be empowered to do something when they notice that a kid shows up with respiratory symptoms. There’s going to be a lot of false alarms with kids that develop runny noses – and it might not be COVID.”

Sarah Hoffman of the Alberta NDP, which previously proposed a $1-billion plan that would have included hiring more teachers to cap classrooms at 15 students, said the change on masks appears to be a response to public outcry. 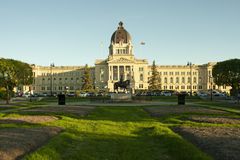 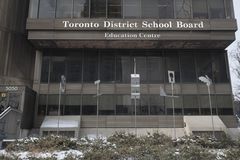 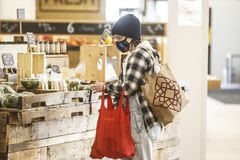