The Alberta government is spending $1.1-million to lobby U.S. lawmakers and launch public campaigns in support of energy trade between the two countries, including the controversial Keystone XL pipeline – a project president-elect Joe Biden has said he would halt.

Signed late last year, the contracts with three prominent Washington lobby firms bolster the team the province has to advocate for its economic interests, even as a slate of climate-focused Democrats opposed to new oil pipeline projects prepare to take office this month.

Outgoing President Donald Trump has issued presidential permits for Keystone XL. But Mr. Biden has promised a clean-energy revolution, and won the presidency with support from Democrats who want strong action on climate change.

However, among some Alberta politicians and officials, there is still faint hope the pipeline could be built. They are touting the thousands of American union jobs that would be created by the project, and support by Indigenous investors.

Alberta envoy James Rajotte, the former Conservative MP tasked last year with representing the province’s economic interests in Washington, has spent months with U.S. lawmakers emphasizing the progress made in getting the per-barrel emissions of energy-intensive oil sands production down.

The pipeline is key to the provincial government’s strategic goal of easing the differential, or discount, on Alberta oil. Many U.S. refineries rely on Canada’s heavy oil for feedstock, and about 80 per cent of all oil produced in Canada is exported to the United States. But if constructed, the pipeline would add capacity and provide a faster, more efficient link between Alberta and the massive U.S. Gulf Coast refinery network – something the province hopes would allow it to net much better prices for each barrel of oil.

The financially strapped Alberta government also has a direct interest – it is a part owner of the TC Energy pipeline, with a $1.5-billion ownership stake and a contractual commitment to $6-billion more in loan guarantees. This week, Alberta Energy said the terms of the loan guarantee became effective on Jan. 4 – meaning the Alberta Petroleum Marketing Commission, a Crown corporation, is now obliged to guarantee new project construction debt for the pipeline.

Although Ottawa and Alberta often don’t see eye to eye on environment and energy issues, the federal government and province appear to be acting in lockstep in promoting the completion of the Keystone XL pipeline. For instance, in a November phone call to Mr. Biden, Prime Minister Justin Trudeau raised the issue of Keystone XL.

Alberta is also dealing with other contentious transborder pipeline issues, including the Line 5 debate playing out in Michigan, where Governor Gretchen Whitmer has demanded that Calgary-based Enbridge Inc. shut down the pipeline that carries oil and liquids used in propane from Western Canada to refineries in the U.S. and Ontario. Enbridge said this week it has no intention to shut down Line 5, which runs through a channel linking Lake Michigan and Lake Huron.

For Alberta, the hiring of the Washington firms – at a total cost of US$887,000 – is part of the province’s “critical engagements” with the Biden administration and U.S. lawmakers as the new president assumes office, according to Justin Brattinga, press secretary to Alberta Jobs, Economy and Innovation Minister Doug Schweitzer.

“The cost of these contracts is a tiny fraction of just one day, or even one hour, of the value of the goods and products that flow from Alberta to the United States,” Mr. Brattinga said in an e-mail.

He said the U.S. receives more than 90 per cent of Alberta’s total exports, with an aggregate value of more than $100-billion. The vast majority are energy products.

The contracts employ a team of high-profile Washington lobbyists. Crestview Strategy partner Maryscott Greenwood, a prominent Democrat and former chief of staff at the U.S. embassy in Ottawa, wrote to Mr. Rajotte to say her firm had helped him secure meetings with key members of Congress and senior officials.

According to details posted online by the U.S. Department of Justice, which requires lobbyists working for foreign countries to register, the topics of discussion have included energy and environmental policy, trade issues such as food and agriculture, infrastructure and “Buy American” proposals. After a small contract that began in the summer – shortly after Mr. Rajotte first arrived in his job in Washington – a new, expanded agreement for US$30,000 a month, for six months, starting on Oct. 1, was signed.

Another contract is with Crossroads Strategies LLC, which tops out at US$350,000. Written into the Nov. 5 document is an apparent recognition that the Keystone XL project, and other energy projects, face a tougher path to completion under a Biden administration. The fee for services performed if Mr. Trump was re-elected are listed at US$25,000 a month, while the fee for services performed for Mr. Biden’s administration are pegged at US$30,000 a month.

The latest contract is with JDA Frontline Partners, LLC, signed in December, and is focused on “providing strategic communications counsel, support, message development, and media outreach and placements targeted at American audiences.” The six-month contract is valued at US$340,000. 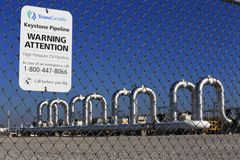 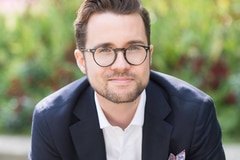 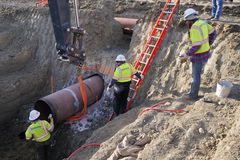