Alberta has slashed the number of farms that must provide insurance coverage for their employees as it rewrites a slew of the province’s rules governing protections for labourers in the agriculture sector.

The United Conservative Party campaigned on a promise to repeal the previous government’s farm safety rules, which demanded thousands of farm operators enroll in the province’s Workers’ Compensation Board program. The UCP wanted to abolish this and other changes the New Democratic Party imposed. The UCP, as well as angry farmers, argued the NDP’s safety and employment rules were too onerous for small farms, and that operators should not be forced to enroll in WCB’s program.

The UCP’s legislation, introduced Wednesday and known as Bill 26, will allow farms to choose between private insurance and WCB. However, this rule comes with an asterisk: It only applies to operations that employ six or more people, excluding family members and labourers who have been on the payroll for less than six months. Farms and ranches that meet the exemption criteria will not have to provide any insurance program for employees. The UCP originally indicated it would set the employee exemption ceiling at three, making its new legislation an even more aggressive rollback than expected.

“We wanted to make sure that small family farms are protected,” Devin Dreeshen, the province’s agriculture minister, told reporters.

The government did not specify how many labourers its new rules would affect, but did estimate that roughly three-quarters of Alberta farms would fall under the small-farm exemption. Bob Barnetson, a professor of labour relations at Athabasca University who specializes in farm workers, said the UCP’s plan will leave most farm employees without injury compensation because the majority of Alberta’s farms have fewer than six employees, and many are seasonal.

“If they get hurt, they basically are going to be out of luck," he said. “Their only recourse would be to sue their employer and few injured workers would be able to do that successfully.”

Private insurance and WCB each have advantages. Private insurance, for example, can cover employees if they are injured off the job. Certain programs can also cover family members for benefits such as dental. WCB only covers injuries that happen while employees are working, but unlike private insurance, payments are not subject to a maximum cap. Further, employers with WCB coverage are protected from being sued by injured workers. Some farms in Alberta offered employees private insurance or WCB prior to the NDP’s farm legislation, known as Bill 6.

Small farms – those that meet the six-employee exemption – will also be relieved from meeting all employment standard rules, such as overtime and restrictions on what youths are permitted to do on farms. Occupational Health and Safety requirements will also be lightened for all farms and ranches. Further, labour relations rules that allow employees to unionize will no longer apply to farms and ranches, effective immediately. The other changes kick in next year. 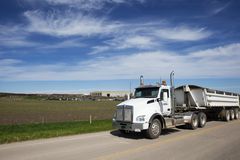