Alberta teachers have been asked to get tested for COVID-19 before returning to school, but some infectious disease experts say the directive falls short of ensuring teachers are returning to classrooms safely and could further complicate efforts to track cases.

Deena Hinshaw, Alberta’s Chief Medical Officer, urged asymptomatic educators in mid-August to voluntarily take a test for the coronavirus before schools reopen. But with 90,000 teachers and staff in Alberta, other doctors say, the results may take longer than expected and, by the time the information is available, may not accurately reflect infection rates among staff re-entering their classrooms.

“It has a lot of holes because if you get a negative test now, you could get the virus any time before the start of school,” said Lynora Saxinger, an infectious disease specialist at the University of Alberta. “A single test may not be perfectly accurate as well and you could end up with a false negative.”

Dr. Hinshaw has said testing teachers who do not show symptoms would help the province understand the baseline of cases for school re-entry. She also asked that other Albertans without symptoms delay testing until September to create capacity for teachers to get screens before going back to school.

A junior high school in High Prairie, a four-hour drive northwest of Edmonton, postponed the start of classes by a day after someone who had been at the school tested positive for COVID-19. The High Prairie School Division said classes would instead resume on Tuesday as part of a staggered re-entry plan.

A “small number” of schools with cases were identified during the weekend, but Alberta Health does not know how many teachers have taken asymptomatic tests since they do not request job information, according to Dr. Hinshaw. The province is considering repeating asymptomatic testing for teachers, but it is focused on processing a spike in tests from the past week, she said.

“Repeating the testing is something that we’re currently looking at,” Dr. Hinshaw said. “When we determine what would be the most useful with ongoing testing, particularly looking at asymptomatic, we will be sharing that information.”

Approaches to testing vary across Canada. In Ontario and Saskatchewan, COVID-19 testing may be conducted in schools where community spread of the virus presents a risk. B.C. Provincial Medical Officer Bonnie Henry has said that mass asymptomatic testing is an ineffective strategy in preventing transmission because it has a false negative rate as high as 30 per cent in people.

In Alberta, the province has ramped up testing at pharmacies, which now conduct about one-third of all tests. Pharmacists are collecting more than 3,500 samples a day on weekdays, according to Alberta Health.

But a high volume of submissions from Alberta pharmacies could cause a backlog in the system. Since tests from teachers cannot be identified and prioritized, educators could end up waiting longer for their results to come out of an overwhelmed system, Dr. Saxinger said.

“Trying to get a good turnaround time on the ones that are related to back-to-school planning is a real challenge,” Dr. Saxinger said. “Opening up pharmacy testing was a tactical thing to do to open up access, but it’s also resulted in a high number of swabs coming from the community.”

Ashleigh Tuite, an epidemiologist and assistant professor at the University of Toronto’s Dalla Lana School of Public Health, said that while a lack of lab capacity could make the effort less effective, the opportunity to launch the school year with an estimate on inflection rates will help health authorities plan for outbreaks and preventative measures.

“The alternative is that you don’t have any testing at all, and you’re waiting to see what happens,” Prof. Tuite said. “Proactively testing gives you a window into where you are on that first day of school.”

Effective testing also depends on the type of test administered and the number of people willing to undergo regular screening, Prof. Tuite said.

People, and especially children, shy away from the current tests, which involve deep, uncomfortable nasal swabs and days to turn around results. A relatively new type of test that uses saliva samples would make it easier to regularly test teachers and children, Prof. Tuite said. And results are available in 24 hours.

Saliva tests have been have been approved by the U.S. Food and Drug Administration, but Health Canada has yet to authorize them. While the tests have been criticized for being less accurate than the nasal swab option, saliva tests would be more palatable and faster to administer to a greater number of people.

“If I asked you to drool into a tube every few days versus sticking a swab up your nose, you’d probably be much more comfortable doing the first option,” Prof. Tuite said. “You may miss a case or two, but if you’re able to do the testing more regularly because it’s easier to do, then the payoff is there and shouldn’t be dismissed.”

The Alberta Teachers’ Association, which represents 46,000 teachers in the province, questioned the effectiveness of the testing strategy given the lag time between taking a test and receiving the results. The union is urging the province to fund rapid testing in schools and ensure physical distancing to keep teachers and students safe.

“I went to take the test on Tuesday and got the test [results] on Saturday, so at that moment on Tuesday I was negative, but I could have acquired the virus at any point since then,” said union president Jason Schilling, adding that he may not develop symptoms for 14 days. “The rapid tests are out there and I know that they’re more expensive, but if we want to keep the education system moving forward with people in schools, then we need to make sure that teachers can get those tests.” 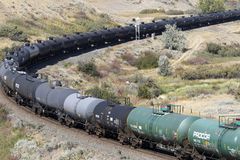