Alberta will shutter or partly close 20 provincial parks, and allow private businesses to operate others in an effort to save money.​

There are 473 sites in Alberta Parks’s network and the government is looking for third-party partnerships at 164 of them.

Alberta said it targeted facilities that are underused or generate little direct revenue. But parks are a key part of Alberta’s identity, marketing, and tourism revenue, and the government’s decision has stirred opposition. Critics argue cash should not be the only way to measure a park’s value.

Environment Minister Jason Nixon said the United Conservative Party is making good on its commitment to balance the province’s books despite its struggling economy.

“So while parks are important, particularly the conservation side, which we continue to invest in, the reality is as long as I have constituents who are still struggling to pay their mortgage, we have a responsibility to utilize taxpayer dollars in effective ways,” he said.

“And when you have underutilized sites that are costing some significant compensation by the Alberta taxpayer, that is our responsibility to take action.”

Alberta spent $86.1-million on its park network last year, the government calculates, while park revenue totalled $33.4-million. The parks portion of last week’s provincial budget was cut by $5-million, however Mr. Nixon said he could not say how much money the new measures will save collectively.

Some of the changes, such as mothballing campgrounds, took effect this week. The government said it will provide more information about handing control over some parks to non-profit organizations, Indigenous groups and private companies in May.

The province has closed 10 parks, partly closed another 10 and shortened the camping season at some parks.

Mr. Nixon pointed to Sulphur Lake Provincial Recreation Area, which Alberta closed, as an example of an underused park. Only 36 people visited the area a year, he said. The government, however, did not provide further details about visitors, revenue or expenses in the parks affected by the changes.

Camping and service fees at parks increased in last week’s budget. The base camping fee will climb by $3 at most parks, and by as much as $10 at some sites, for example.

Tanya Fir, the Minister of Economic Development, Trade and Tourism, said the government’s decision to cut funding to parks does not clash with the province’s ambition to double the value of tourism over the next decade.

Alberta, Ms. Fir said, will be leasing park areas rather than selling. And Albertans fretting about privatizing parks, she said, need to give it a chance. “Private sector businesses know how to run efficiently and effectively," she said.

Calgary’s Foothills Nordic Ski Club, which last weekend played host to a cross-country ski race in Kananaskis for nearly 600 participants, is among those arguing the government failed to consider other funding options when it axed services and facilities.

The grooming cuts will put roughly 60 kilometres of cross-country ski trails around Peter Lougheed, Mt. Shark and Kananaskis Village out of commission, the president of the Foothills club said.

“This means a loss of a recreational venue,” Colin Norman said. Parking spaces are packed on the weekend, he said.

“Let’s give it a try before we call it a failure,” Mr. Norman said.

The province will still maintain trails at the Canmore Nordic Centre, which is already busy and could be overwhelmed once the other trails close.

The operations are not comparable, Mr. Norman said. “The [Kananaskis] trails ... attract people looking for a more remote or wilderness cross-country ski experience." 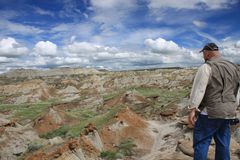 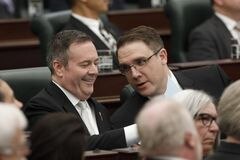 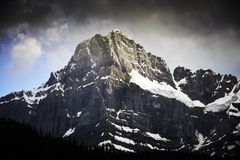