Alberta plans to divert tens of thousands of COVID-19 vaccines to Fort McMurray and the Banff region, which have the highest infection rates in the province and where local officials had asked the government to prioritize their residents for immunization.

Premier Jason Kenney said the government would ship all of the doses it receives of the Johnson & Johnson vaccine, which are expected to arrive as soon as next week, to Banff and Fort McMurray while expanding the eligibility in those areas to anyone 30 and older. The province is also lowering the age for the Moderna vaccine in nearby First Nations to 30.

Mr. Kenney said the government may also consider additional restrictions to curb the spread in areas with high infection rates, including Fort McMurray, where the per capita number of active cases is more than three times the provincial rate.

“We are actively considering additional targeted measures, particularly in some of the hardest-hit areas of the province,” he said.

A day earlier, Indigenous leaders in 11 First Nations and Métis communities near Fort McMurray called for strict public-health measures including a stay-at-home order, a curfew, the cancellation of in-person classes, restrictions on non-essential businesses and expanded access to vaccines.

On Wednesday, these communities told residents to pull their children from public schools and switch to remote learning. While the Fort McMurray school district has moved classes online, that didn’t affect schools in the rural areas outside of the town, which are run by the Northland school district.

The Regional Municipality of Wood Buffalo, which includes Fort McMurray, declared a local state of emergency this past weekend. There are hundreds of active cases in oil-field work camps, and the intensive-care unit at the Fort McMurray hospital, which has already been expanded to nine beds from seven, is full.

Alberta had been reluctant to focus vaccines on hot spots, as Ontario, B.C., and Manitoba have done, preferring instead to stick to rolling out doses based on broad age categories. Mr. Kenney said the change was made on the advice of the province’s Chief Medical Officer of Health, Deena Hinshaw.

“This is a great first step,” Don Scott, the mayor of Wood Buffalo, said in an interview. “But we need to keep pushing to protect the region.”

Mr. Scott noted that the province had already extended the hours at the vaccine clinic in Fort McMurray to 10 p.m., which he believes will make it easier for shift workers in the oil sands to access shots. Dropping the age eligibility to 30 should also drive demand, and the municipality plans to launch a media campaign to encourage vaccination, he said.

Banff Mayor Karen Sorensen said that while officials in her region had been advocating for additional support, the vaccine announcement came as a surprise.

“It is going to go a long way in immunizing a number of our front-line workers,” she said. “This is going to be incredibly helpful.”

Ms. Sorensen said people between the ages of 20 and 29 make up the largest age cohort in and around Banff and Lake Louise. However, people between 30 and 34 represent the second-largest group, she said. The region’s hotels, restaurants, and three ski resorts are largely powered by young and seasonal workers, many of whom live in staff housing or shared accommodations.

They have accused Mr. Kenney of blaming Indigenous people by citing vaccine hesitancy among that population as he spoke earlier this week about the COVID-19 situation in the region. He also noted that overall vaccination rates in the Fort McMurray region are below the provincial average.

Mr. Kenney said he was not attempting to single out Indigenous people and he noted that some First Nations leaders in the region have also raised concerns about vaccine hesitancy in their communities.

He said his department is working with Indigenous communities and provincial health officials to provide accurate information to residents and encourage First Nations people to get vaccinated.

He also noted that Alberta overall appears to have more vaccine hesitancy than other provinces.

Dr. Yacoub said there aren’t any active outbreaks on reserves near Fort McMurray.

Vaccine hesitancy in Indigenous communities stems, in part, from experimental testing performed on children in residential schools, noted Cheryl Barnabe, the vice-chair of Indigenous Health at the University of Calgary’s medical school. But it is unclear, she said, whether this hesitancy outpaces that in the general population.

“There are a lot of [Indigenous] people who are very motivated to get vaccinated and that’s because it does promise that return to being able to be in community and in ceremonies together,” said Dr. Barnabe, who is Métis. 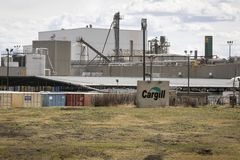 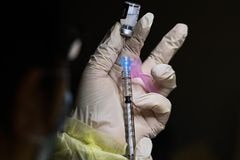 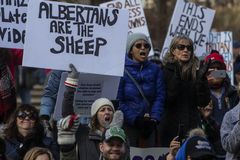