The Alberta government plans to increase its industrial carbon tax to $50 a tonne to keep in line with federal requirements and prevent Ottawa from imposing its own levy on the province’s oil and gas sector.

Ottawa approved Alberta’s industrial carbon-pricing system last fall but made it clear that the province would only see a long-term reprieve from the national tax if the price increased in step with the federal benchmark, which is set to hit $50 by 2022. The province had yet to commit to that.

Alberta has repeatedly clashed with the federal government on the climate-change file and is currently challenging the separate consumer carbon tax in court. The tax on industrial emissions is not part of that legal case and Premier Jason Kenney has pointed to the industry tax as proof that his government is serious about working with Ottawa to curb greenhouse-gas emissions.

Mr. Kenney has now confirmed that his United Conservative Party government will increase the rate of its Technology Innovation and Emissions Reduction levy, or TIER, from its current price of $30 a tonne to stay within the federal requirements.

“We are tracking the federal price for our major emitters’ portion,” he told The Globe and Mail in a recent interview. “We’re going to $30 to $40 to $50. It’s in our budget.”

Last week’s provincial budget did not explicitly mention the increased TIER price, but it did forecast higher revenue from the levy, reaching $485-million by 2022-23 from $421-million in 2020-21. The proceeds from the tax will be used in part to fund emissions-reducing technology, with a sizable portion also flowing into general revenue to fund the government’s operating budget.

Alberta Environment Minister Jason Nixon wasn’t available for an interview, but his spokeswoman, Jess Sinclair, said in a statement that the province wants to ensure it retains control over its industrial carbon-pricing system without interference from the federal government.

Federal Environment Minister Jonathan Wilkinson’s press secretary, Moira Kelly, said in a statement that the government had not received a formal proposal from Alberta about its carbon-pricing plans but nonetheless welcomed the news.

“We are pleased to see that the Alberta government is willing to put a price on industrial pollution, as it is an important tool to drive innovation forward to reduce greenhouse gas emissions," the statement said.

Alberta has had various forms of carbon pricing on its emissions-heavy oil sector since 2007, and Mr. Kenney campaigned on the TIER system ahead of last year’s provincial election.

Dale Beugin, vice-president of research at the Canadian Institute for Climate Choices, said Alberta’s decision to increase the TIER rate is an endorsement of the national climate plan.

“We know climate policy has to get more stringent all across the country over time, and the way to do that is to gradually increase stringency, whether it’s the price of carbon or the aggressiveness of regulation,” Mr. Beugin said.

“This feels like a step in exactly that direction."

Chris Severson-Baker, of the Pembina Institute, agreed that the planned increases are positive, though he said $50 a tonne, whether at the federal or provincial level, will not be enough.

The Manitoba government announced Thursday that it would implement a carbon tax of $25 a tonne on consumers and industry. The price will fall short of the federal requirements, leaving it an open question whether Ottawa will insist on keeping its own tax in the province.

Alberta’s decision to adopt the federal price increases follows nearly a year of conflict between Mr. Kenney’s government and Ottawa over climate policy.

In addition to the carbon-tax court case, Mr. Kenney has also filed a challenge of federal environmental legislation that overhauled the environmental assessment system and banned oil tanker traffic off the B.C. coast.

As well, Alberta has a 100-megaton cap on oil sands emissions, put in place by the previous NDP government, but no regulations to enforce it. The Kenney government signalled it would be willing to introduce regulations as the issue became a potential sticking point for Teck Resource’s Ltd.'s proposed Frontier oil sands mine before the company abruptly shelved the project last week.

When Teck announced that it had withdrawn its application for the project, CEO Don Lindsay told the federal Environment Minister in a letter that the decision was driven in part by the lack of a “framework in place that reconciles resource development and climate change." Mr. Lindsay also reiterated his support for carbon pricing and emissions caps.

Alberta and Ottawa are also negotiating an equivalency agreement for the regulation of methane, a potent greenhouse gas that can leak into the atmosphere during natural-gas extraction and processing. The two governments disagree on whether the province’s rules are stringent enough, but the federal government agreed not to enforce its rules during those negotiations. Opinion
As investment flees the oil sands, Trudeau can no longer try to pass the buck
Subscriber content
February 25, 2020 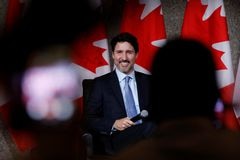 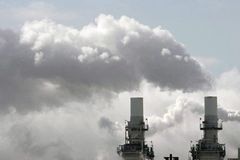 Follow James Keller and Gary Mason on Twitter @byjameskeller @garymasonglobe
Report an error Editorial code of conduct
Due to technical reasons, we have temporarily removed commenting from our articles. We hope to have this fixed soon. Thank you for your patience. If you are looking to give feedback on our new site, please send it along to feedback@globeandmail.com. If you want to write a letter to the editor, please forward to letters@globeandmail.com.
Comments