Alberta will drain its $750-million environmental piggy bank funded by its carbon tax on large emitters to pay for a host of programs it hopes will help the province climb out of a fiscal and employment hole caused by the COVID-19 pandemic and a dramatic drop in oil prices.

The Technology Innovation and Emissions Reduction (TIER) fund comprises cash paid by large emitters on their greenhouse gas emissions. Some of it is earmarked to pay down Alberta’s deficit, but the rest is supposed to fund programs that encourage industry to reduce emissions and promote investments in clean technology.

But on Tuesday, Environment Minister Jason Nixon said it was time to liquidate the fund and put the money to work.

“I can think of no better time to use it," he said.

"When we’re dealing with a significant economic downturn like this, this is an opportunity to be able to create jobs at the same time as dealing with some of the environmental innovation challenges that we have inside this province.”

Mr. Nixon said details on those programs would be announced in the coming days.

The decision to liquidate the fund came as the Supreme Court contemplated the constitutionality of the federal government’s national consumer carbon tax. Saskatchewan, Ontario and Alberta argue Ottawa overstepped its authority when it imposed the tax.

Mr. Nixon said the timing of Tuesday’s announcement was purely coincidental, but added his government believes the province can use innovation to address climate change, “where other governments continue to think that they can tax their way out of this issue.”

Emissions Reduction Alberta – an arm’s-length agency that used large-emitter charges to fund GHG-reduction projects – will also retain a large chunk of the $750-million to invest in clean technology projects, including $10-million targeted at carbon capture and storage (CCS) projects.

Carbon capture has gained global traction of late as countries pursue net-zero emissions goals, with China, Japan, the Netherlands, Norway, Saudi Arabia, Britain and the United States all increasing their support for CCS.

The International Energy Agency (IEA), a Paris-based agency that advises industrialized countries on energy issues, has also pointed to CCS as a salve to reduce emissions in greenhouse gas-heavy sectors, including oil and power production.

In a June report, the IEA noted that higher CO2 capture rates will be increasingly important in the transition to a net-zero energy system; today most carbon capture plants trap around 90 per cent of CO2, but in the future they could easily be designed to capture 99 per cent or more.

There are no technical barriers to increase capture rates for the oldest plants, the report notes, and boosting those rates comes at a relatively low cost by using chemical absorption technologies.

A pilot CCS project in Britain is also capturing CO2 from a power plant completely fuelled by biomass feedstock. If successful, it could be scaled up to become the world’s first negative-emissions power station, the IEA says.

But use of the technology will also have to win public approval, particularly around cost.

Saskatchewan’s Boundary Dam Power Station carbon capture plant, for example, was the first power station in the world to successfully use CCS technology when it opened in the fall of 2014, but the plant was so riddled with problems it required a $500-million overhaul. The provincial government killed plans to expand CCS technology to the rest of the power station, saying there was no business case.

Still, the IEA points to a 2018 study of Saskatchewan’s Shand project – a 300-megawatt facility down the road from Boundary Dam – found deep capital cost reductions that lowered the price of capturing CO2 by 67 per cent a tonne.

Mr. Nixon acknowledged that emissions-reduction technology sometimes “needs a little bit of work” at the beginning, but said his government sees “a big future” for CCS.

“The reality is that we’re looking for ways to meet our environmental obligations that will still allow us to create work and have a great economy and be leaders across the world, and carbon capture is one of those things that we need to look at,” he said. 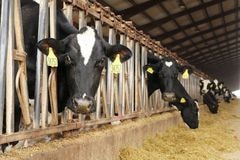 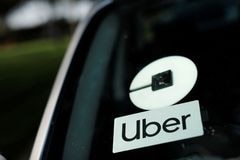 Canada not on pace to meet methane-emissions target by 2025
Subscriber content
September 4, 2020