Alberta will allow some businesses to reopen as early as May 14 but only if a series of public-health measures, including increased testing, expanded contact tracing and stricter border controls, are in place by then.

The province’s plan to restart sectors of the economy that have been forced to shut down because of the COVID-19 pandemic breaks that process down into three phases but for the most part avoids setting firm dates.

Instead, Premier Jason Kenney said his government will only ease back on those restrictions when health officials are confident they can keep infections from flaring up. The province’s own modelling projects a peak of infections in mid-May.

“We're still months from anything that will feel like the normal lives that we took for granted just a few weeks back,” Mr. Kenney said on Thursday.

Alberta is the latest province to outline a detailed plan for restarting the economy in the midst of the COVID-19 pandemic. The federal and provincial governments released a joint set of guidelines this week that said reopening plans should take into account health care resources such as testing and contact tracing, as well as support for vulnerable groups.

Next week, Alberta will resume non-urgent surgeries and allow medical services such as dentists to open. The province will also lift most restrictions on provincial parks, camping, golf and other outdoor activities.

If infections and hospitalizations remain stable for the next two weeks, the province will start the first phase of its economic relaunch. Retailers, personal service businesses such as barber shops, museums and galleries, and daycares will be permitted to open, as will cafés and restaurants at reduced capacity.

The current prohibition on gatherings of more than 15 people will remain in place.

The province will then monitor COVID-19 infections, hospitalizations and intensive care admissions as it determines when to move onto the second phase. That will include schools, additional personal services such as tanning and massage, larger public gatherings and movie theatres.

The third and final stage will include all other businesses, larger gatherings and events such as festivals and sports events, gyms and fitness facilities, and industry conferences. There would no longer be restrictions on non-essential travel.

Mr. Kenney said physical distancing measures would remain in place until there is an effective treatment or vaccines. In some cases, the province may need to reimpose restrictions on businesses and other activity if infections start to rise.

The Premier said the entire plan hinges on the province’s ability to increase its testing capacity, which already leads the country, expand contract tracing through technology such as a smartphone app, encourage face coverings by distributing millions of non-medical masks, and provide resources and housing for people who need to self-isolate. He also wants to see stricter measures for international travellers.

Mr. Kenney said the province can’t wait until the pandemic is over to start opening up.

“What we need to do is manage the risk and that’s what our relaunch strategy is based on: gradual, prudent steps to open up," he said.

The province’s modelling data projects a peak of infections and hospitalizations in mid-May though the data also predicted those cases would remain well below the health care system’s capacity.

That data was revised this week to lower the numbers of expected hospitalizations. For example, the province’s probable scenario now forecasts 190 people in intensive care during the expected peak in early May, down from about 230 from the previous data released three weeks ago.

Alberta’s COVID-19 cases have been heavily concentrated in the Calgary region, which accounts for two-thirds of the province’s infections. Aside from long-term care homes, there have been significant outbreaks at two meat-processing facilities, which together account for more than 1,000 cases.

The province’s Chief Medical Officer of Health Deena Hinshaw said, outside of those examples, the province has been doing well controlling the spread of COVID-19.

“While we continue to work to prevent transmissions in these outbreaks, we have seen low numbers maintained in most of the province,” Dr. Hinshaw said.

The province added 190 cases on Thursday, bringing the provincial total to 5,355. There have been 89 deaths. 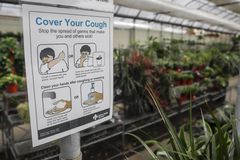 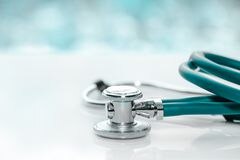