A panel will study how Alberta’s supervised drug-consumption sites are affecting neighbouring residents and businesses as part of a government review of the sites.

The group, led by a former police chief, will focus primarily on negative effects such as discarded needles, and has been told not to consider the merits of those facilities.

The United Conservatives came to power this spring on a platform including a promise to hold off on any additional supervised-consumption services, and to review existing sites before deciding how to approach the issue. Premier Jason Kenney criticized the facilities for allowing drug users to inject “poison,” while the minister in charge of the review has previously called into question the evidence supporting their use.

The province, where nearly 800 people died of overdoses last year, currently has seven sites and proposals for another three. Lethbridge City Council met on Monday to discuss the future of that city’s site, which officials say is the busiest in North America, in the face of complaints about needles, disorder and other issues, while police in Calgary raised concerns about an increase in calls near a site there.

The panel, led by former Edmonton police chief Rod Knecht, will examine the socio-economic effects of those sites, including crime rates, needles, social disorder, property values and business closings, as well as the number of overdose reversals and whether visitors are referred to treatment.

The government instructed the panel not to study the “merits" of supervised-consumption sites or the “utility” of the services in each of those communities. The group also cannot consider increasing the number of such sites or look at other, related issues such as housing and homelessness. The panel will produce a report later this year, which the government will use as it shapes its policy for supervised-consumption services.

In the meantime, the government will continue to fund the existing sites.

Jason Luan, the associate minister for addictions and mental health, said the government has enough evidence on the effectiveness of supervised-consumption sites but he argued residents and businesses have been “completely ignored” in the debate.

“I know that many Albertans feel like they haven’t been heard in the past,” Mr. Luan said in Calgary on Monday.

“We’re trying to balance the system. The government already has a wealth of information supporting the merit of supervised consumption sites.”

While Mr. Luan said the government accepts the evidence that supervised-consumption sites reduce harm, last month he used a Twitter post to question whether that “so-called” evidence was funded by Big Pharma. He deleted the tweet and on Monday backed away from it.

Mr. Knecht was a vocal supporter of supervised-consumption services while he led Edmonton’s police force. On Monday, he said those services should be part of a “continuum” of services that also includes treatment and enforcement.

NDP critic Heather Sweet said the panel was “rigged” to give the government cover to shut down supervised-consumption sites. In particular, she said its focus is too narrow and criticized the government for not including anyone who works at or uses supervised consumption services.

“This is what is keeping people alive right now.”

Petra Schulz of the Edmonton-based group Moms Stop the Harm argued that many issues that critics raise are related to homelessness and poverty rather than the supervised-injection sites. She said it makes no sense to consider reducing services in the middle of an overdose crisis.

“The solution is giving people more services rather than taking away what is keeping them alive,” Ms. Schulz said in an interview.

In Lethbridge, city councillors voted Monday evening to defeat a motion that would have called on the province to immediately defund the city’s supervised consumption services until the provincial review is finished.

The vote followed a heated debate over whether the site, which opened more than a year ago, was helping or exacerbating the city’s drug or crime problems.

Even before the vote, Mr. Luan rejected the request to defund the Lethbridge facility and reiterated that there would be no immediate changes 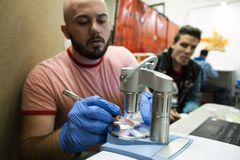 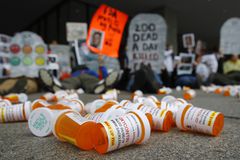