Alberta’s plan to transform peace officers into rural crime fighters will cost millions of dollars to implement and operate, and the government intends to pay for it out of its existing budget rather than increase spending, according to the minister in charge of the strategy.

Late last year, the government announced expanded duties – and firepower – for fish and wildlife officers, commercial vehicle inspectors and some traffic sheriffs in an effort ease frustration over rural crime. These 400 peace officers, the government said, will be called the Rural Alberta Provincial Integrated Defence Force (RAPID Force), and respond to crime and emergency calls outside urban centres. It will take more than a year before all peace officers are part of the team.

Rural crime is a political hot button in Western Canada. The police-reported crime rate in rural Canada was 23 per cent higher than that of urban areas in 2017, according to a federal report. This divide is exacerbated on the Prairies, where the rate of rural crime was 36 per cent to 42 per cent higher than rates in urban zones, the report said.

While Alberta’s own data show a decrease in crime rates, frustration remains high.

The debate is also tangled with charges of racism, particularly after Colten Boushie, a 22-year-old man who lived on the Red Pheasant First Nation, was fatally shot on a Saskatchewan farm in 2016. Gerald Stanley was later acquitted in that case.​

Alberta Justice Minister Doug Schweitzer said he expects peace officers will spend about 15 per cent of their time doing duties such as responding to 911 calls and providing backup to the RCMP.

“It is going to give us more boots on the ground across Alberta,” he said in an interview. “I think it is going to be a big factor in cutting response times.”

Mr. Schweitzer did not provide an estimate on how much Alberta expects response times and crime rates to fall.

Fish and wildlife officers will be assigned to work with Alberta’s 911 response system, according to Carla Jones, a Justice Department spokeswoman. The government expects these officers, who already carry firearms and have law-enforcement duties, to start their new roles this fall. Traffic sheriffs and officers in the commercial vehicle enforcement branch will have additional responsibilities on highways, including responding to erratic drivers, accidents and impaired-driving complaints, Ms. Jones said in a statement.

Fish and wildlife officers have already started training for their expanded duties, she said. The government is examining what training traffic officers and vehicle inspectors will need. Traffic officers are scheduled to join RAPID in the spring of 2021, Ms. Jones noted.

Mr. Schweitzer said change will cost $7-million to $8-million to implement and about $7-million annually. Saskatchewan has a similar program, which cost $5.9-million to establish and $11.47-million to operate in 2019-2020, according to Jennifer Graham, a spokeswoman for Saskatchewan’s Ministry of Corrections and Policing.

Rick Ruddell, a professor in the University of Regina’s justice studies department and a previous director of operational research with the Correctional Service of Canada, said expanded assignments for peace officers provide balance between demand for rural support and provincial coffers.

“Governments are so cash-strapped that they are trying these other solutions to try to make the most of people who are already employed,” Dr. Ruddell said. “I think that governments are struggling to provide that extra support in keeping with budgets."

Alberta last year announced plans to hire an additional 300 RCMP officers and 200 support staff to police rural areas over the next four years. This will cost $286.6-million, split between Ottawa and Alberta. The provincial government’s share will total $200.6-million, on top of existing RCMP costs. Alberta expects rural RCMP policing to cost $374.8-million this year, with the province chipping in $262.4-million.

However, crime rates and the severity of crimes are both declining. The rate of crimes reported to police dropped 13 per cent in rural Canada and by 19 per cent in urban areas between 2009 and 2017, the report said. In Saskatchewan and Alberta, however, the rate of rural crime dropped by just 3 per cent during this period.

The previous Alberta government earmarked $10-million to hire more RCMP officers and Crown prosecutors in rural areas. The strategy reduced property crimes by 9.8 per cent for rural RCMP detachments and 6.1 per cent in municipal detachments, according to the provincial Justice Department’s 2018-19 annual report.

The minister, however, said these statistics do not reflect reality. Because of slow responses and other factors, he said, some people in rural communities do not call the RCMP.

“It is really a breakdown in trust in the system," Mr. Schweitzer said.

Alberta Union of Provincial Employees (AUPE) represents the peace officers who will be assigned RAPID duties. The relationship between public-sector employees and the government is already fraught as the province cuts spending, and the union expects the peace officers’ expanded duties – and increased exposure to danger – to be a sticking point in contract negotiations this year.

“We’re not saying no to the program, but you have to proceed with extreme caution," said Mike Dempsey, an AUPE vice-president for the northeast region of the province. “This is not going to be the panacea the government thinks it will be.” 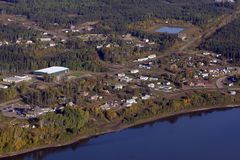 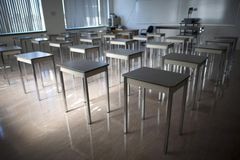