Labour leaders in Alberta, energized by workers who walked off the job at health care facilities across the province earlier this week, are amping up plans to fight the United Conservative Party on everything from education to the environment.

About 2,500 people belonging to the Alberta Union of Provincial Employees marched on picket lines Monday, before the Alberta Labour Relations Board deemed the strike illegal and ordered employees back to work that evening. The wildcat strike, which forced Alberta Health Services to cancel all elective surgeries, came after weeks of rising tension between the government and AUPE members in roles such as housekeeping and food services.

While the one-day wildcat strike highlighted the fight over privatizing more components of Alberta’s health care system, union representatives hope to capitalize on attention and expand the focus beyond hospitals and clinics. Premier Jason Kenney has a hostile relationship with unions, particularly those in the public sector, and escalating conflict could translate into more job action.

Five unions on Wednesday will unveil a new campaign asking Albertans to “stand up” to Mr. Kenney.

“Monday’s wildcat [strike] was just the beginning," the Alberta Federation of Labour said in a statement that took aim at the Premier’s policies on health, education, parks, the environment, a program that provides cash to severely handicapped residents, and COVID-19.

“The health-care workers who walked off the job [Monday] showed us what’s possible. But they can’t do it alone," Gil McGowan, AFL’s president, said in the statement. “The fight back has to be bigger and it has to be sustained.”

AUPE is not listed among the unions participating in Wednesday’s campaign launch, but its president expects it will work with other unions to thwart any plans to privatize health care in Alberta.

“The privatization of health care is probably one of the biggest threats the UCP government is bringing forward,” Guy Smith said. “I think it is incumbent upon the labour movement, civil society, concerned Albertans, to be involved in this struggle because it is obviously a big part of the UCP agenda."

Earlier this month, Alberta said it plans to cut up to 11,000 jobs in areas like laundry and food services, in order to save $600-million. This amplified rumours of job action amongst AUPE members, to the point that AHS two weeks ago filed paperwork with Alberta’s Labour Relations Board, Mr. Smith noted. Monday’s strike, which AUPE leadership insists it supports but did not organize, was the culmination of the workers' frustration over the future of their jobs. AUPE plans to continue the fight to keep these jobs in the government fold, and Mr. Smith cautioned future job action could be possible.

The UCP has repeatedly said the public sector must absorb some of the economic pain during the province’s fiscal crisis, and it expects unions to abide by the law.

“The government cannot tolerate illegal strikes – especially in essential services such as health care – and will use all available legal mechanisms to respond as needed," Travis Toews, the Finance Minister, said in a statement Tuesday.

Unions, however, are skeptical of the government after it ripped up its contract with doctors and has expressed a willingness to legislate if negotiations fail to accomplish its goals. Lorian Hardcastle, a professor at the University of Calgary who specializes in health law and policy, said the AUPE members who participated in the illegal strike may have felt as though they had no alternatives given their jobs are already set to be eliminated.

“They really don’t have a lot to lose at this point,” she said. “They may continue to strike regardless.” 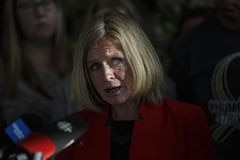 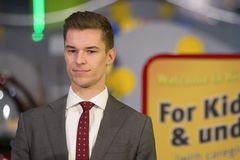 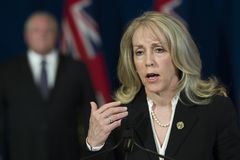