Alberta’s energy regulator is piloting a new system to cut approval times for oil and gas projects, and Premier Jason Kenney says it has already shown a significant improvement in processing proposals.

The new approval process, which involves both the Alberta Energy Regulator (AER) and the province’s environment department, is still in its early days, Mr. Kenney told a business forum in Lake Louise on Friday, but so far it has produced some “remarkable, phenomenal” outcomes.

Mr. Kenney revealed scant details on what the new system looks like or how it works, except to say it has moved applications online from paper and ended unnecessary redundancies.

“We’re trying to come up with one-stop-shopping when it comes to regulatory approvals and basically just apply common-sense management techniques to applications,” he said.

The AER is the independent body funded by industry fees and overseen by government that is responsible for making sure Alberta’s oil and gas industry operates safely and responsibly. It has recently come under fire by provincial watchdogs over the actions of senior officials who allegedly diverted money, staff and resources into pricey side projects and deceived the board as they went about doing so.

Mr. Kenney has long been critical of what he believes is regulatory heel-dragging by the regulator. In its election platform, his United Conservative Party cited estimates by the Canadian Association of Petroleum Producers that getting oil and gas wells approved in Alberta can take up to twice as long as in Saskatchewan and four times longer than in Texas.

Mr. Kenney said Friday that initial results of the pilot application process have been “very encouraging with a significant reduction in average approval timelines.”

The new system comes as the province creeps ever closer to offloading $3.7-billion in crude by rail contracts to the private sector.

Mr. Kenney said Friday the process is “largely done” with an announcement due shortly.

Offloading the contracts for 4,400 tanker cars has been a priority of Mr. Kenney’s government, which has said it should not be in the transport business. The contracts were arranged by the previous NDP government, which also signed deals with Canadian Pacific Railway Ltd. and Canadian National Railway Co. for service, staff and track capacity.

“There’s 26 contracts, with 26 different vendors, three rail terminals, they involve up-, mid- and downstream players, so getting rid of those contracts has taken time,” Mr. Kenney said, adding the new deals will save money for taxpayers.

Last year, a glut of oil supply within Alberta from insufficient export pipeline capacity prompted the price differential on Western Canada Select heavy crude to widen to more than US$40 a barrel less than U.S. benchmark oil. In response, then-premier Rachel Notley imposed production curtailments and arranged the railcars, which would ship 120,000 barrels a day.

Mr. Kenney has been adamant the rail contracts be offloaded to the private sector. In the recent budget, his government wrote off $1.5-billion as an expense for unloading the contracts. 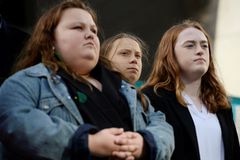 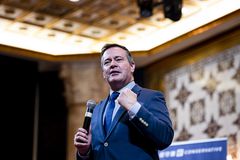