Wendy Zelmer said having her holistic therapy business shut down by public-health orders in the spring was a shock to the system. The Edmonton registered massage therapist has always had a job, but she had to stop all in-person appointments in the early weeks of the pandemic. The uncertainty about when her one-woman business would be able to restart prompted her to look at deferring her mortgage.

Ms. Zelmer had to get over being too proud to ask for help through the countrywide COVID-19 mortgage deferral program. But once her lender gave her a reprieve from payments on her house, beginning in April, “the number one benefit for me was peace of mind.”

Ms. Zelmer said strong demand for her inflammation-reduction services means she isn’t worried about the restart to her mortgage payments in November. But in a province with an unemployment rate near 12 per cent, and with consumer debt levels higher than other parts of Canada – even prior to the pandemic – other Albertans who deferred their mortgages this year might not be in the same solid circumstances.

Economists and policy makers are concerned that Alberta’s oil-focused economy was already weak before COVID-19 hit, and the province’s higher rate of mortgage deferrals this year could be a sign of both housing market and personal financial pain to come.

“The high rate of mortgage deferrals in Alberta is concerning, but not altogether surprising considering the blow Alberta’s economy received by the pandemic and oil price crash,” Alberta Finance Minister Travis Toews said last week. “It’s clear Alberta has been hit harder than other provinces.”

In May, Canada Housing and Mortgage Corp. president Evan Siddall warned about a debt “deferral cliff” – a spike in mortgage defaults he worried could hit this fall and winter, when the federally mandated COVID-19 mortgage program wound down.

More than in other major Canadian cities, CMHC-insured mortgage holders in Edmonton and Calgary opted to hit pause on their mortgage payments, Mr. Siddall tweeted this month. In Edmonton, the rate was 21 per cent in August, and in Calgary, 18 per cent. That compares with 12 per cent in cities such as Toronto and Kelowna, B.C.

The Canadian Bankers Association, or CBA, said as of the end of August, the country’s six largest banks provided more than 736,500 mortgage deferrals to customers, of which 135,000 were for Alberta – 18 per cent of all deferred mortgages for a province that represents about 12 per cent of the country’s total population.

Add to that weaker housing markets in both Edmonton and Calgary compared with what has been seen in other major Canadian cities, and there are signs of medium-term troubles.

In an interview, CMHC deputy chief economist Aled ab Iorwerth said the high house prices in Toronto and Vancouver get a lot of attention, but “all of the Canadians markets need to be looked at very carefully, and separately, to understand the dynamics in each market.

“There seems to be some greater overall weakness in the Alberta markets, relative to other places in Canada. It makes Calgary and Edmonton more vulnerable.”

If Canadian homeowners who relied on the deferral program still haven’t been able to find employment or sources of income, Mr. ab Iorwerth said it will show up in mortgage delinquency rates in the next three to six months. He’s also concerned about lower-income households, and how financial stress from the pandemic affects the rental market. “We’re watching things very carefully on a regional basis.”

Preet Singh, a mortgage associate at the Vine Group Mortgage Alliance in Edmonton, said many people who opted for mortgage deferral this spring weren’t in a dire financial situation. Instead, they used the program as a financial tool to manage uncertainty. "We’re talking the end of March, 2020. There was so much ambiguity.”

Still, Mr. Singh gets worried when he talks to people who have deferred their mortgage, and also their credit card and vehicle payments. “The people who were already struggling prior to COVID – because of the oil and gas industry, or retail – those people were already piling up debt, and then they were hit by COVID.”

Weakness in the Alberta market might also discourage, or make it difficult, for financially pressed homeowners to sell someday if they can’t afford their mortgage payments. Like other Canadian markets, sales activity has been stronger for single-detached homes rather than condos in Edmonton and Calgary.

But in contrast with other major centres, Moody’s Analytics Inc. said in a report last month there is even a “dangerous” oversupply of new, single-family homes in Alberta’s two largest cities. And for the first time since the mid-1990s, the province is losing more people than it is gaining, by both interprovincial migration and immigration.

“Treasury Board and Finance will be monitoring the mortgage deferral rate along with other important stress indicators like mortgage delinquency rates,” Mr. Toews said in an e-mail last week, adding the government is trying to bolster the economy through its recovery strategy.

There are signs that some who deferred their mortgages will be able to pay as the mortgage program ends. Already, the CBA said about one-third of Canadians who opted to defer their mortgage have resumed paying, as of the end of August. And the federal government has shown it will extend something in the range of $500-a-week in personal income support programs as the pandemic continues. Ottawa ended the Canada Emergency Response Benefit at the end of September, but then introduced the Canada Recovery Benefit.

“There’s still a significant commitment to maintain a high degree of support. Perhaps it won’t be the same degree of support we have seen before, but still, this is not a ‘cliff,'” said Robert Hogue, a senior economist for Royal Bank of Canada, referring to Mr. Siddall’s gloomy May prediction.

“That being said, the situation in Alberta is more dire than it is elsewhere in the country.”

However, there was some unexpected, positive real estate news for the province’s largest city released last week. The Calgary Real Estate Board reported that third-quarter sales activity improved by nearly 12 per cent over last year’s levels in the same period, a development it described as “surprising.”

The professional association for Calgary realtors still cautioned that unemployment levels “remain exceptionally high,” and there’s the potential for more job losses. As programs like the mortgage deferrals end, the association added, “there is a risk that some households will not be able to keep their home, causing a rise in new listings and pushing up supply levels.”

“You’re going to do everything you can to keep your house," Ms. Woodward said. “You need a roof over your head.” 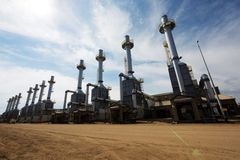 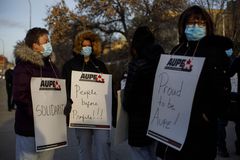 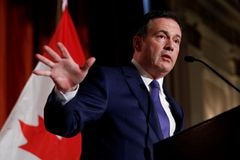