The head of Alberta’s largest union says arbitration wage talks are to resume next Wednesday for 60,000 workers following a successful court challenge, but a final decision is up in the air.

Guy Smith, head of the Alberta Union of Provincial Employees, (AUPE), says the decision timeline is up to the arbitrator and the entire process could be delayed again, given that Premier Jason Kenney’s government is launching an appeal.

“There’s lots of moving parts. But as far as we’re concerned, we will be having our arbitration heard next week,” Smith said.

His comments came a day after a judge granted a temporary injunction allowing AUPE workers to resume binding arbitration wage talks with the province.

The injunction allows the AUPE to move forward as it continues its court challenge of the province’s Public Sector Wage Arbitration Deferral Act. The legislation delays binding arbitration until at least November for a number of unions, affecting 180,000 public sector workers.

The AUPE and other unions, including nurses and teachers and other health professionals, are challenging the act in court, arguing it violates Charter-protected collective bargaining rights.

The unions represent workers who signed on to collective bargaining agreements that promised wage freezes in the first years but with a clause opening up the wage talks in the final year, 2019, with the right to go to binding arbitration if talks fail.

The United Nurses of Alberta and the AUPE workers were to have had arbitration underway by now, with the others to follow later this year.

David Harrigan, the director of labour relations for the UNA, said it will see what happens with the government’s appeal before deciding whether to seek its own interim injunction.

But Harrigan said the union already has new arbitration hearing dates set for November and that even if they get an injunction, it would be very difficult to get all parties together before then for a hearing.

Harrigan said the problem is compounded because nurses are angry with the government for changing the deal in the first place and are skeptical that any new deal will be honoured.

“That causes real, real damage,” said Harrigan. “If the other side doesn’t trust you, it becomes very difficult to reach an agreement.”

Kenney’s government passed the legislation last month, saying the change is merely a delay and that the province needs to hear from a government-appointed panel on the state of the province’s finances in preparation for union negotiations.

He said the right for the AUPE to get the timely arbitration it bargained for is a major issue given it made major concessions, such as accepting years of pay freezes.

The Opposition NDP fought the legislation vigorously. Kenney’s government limited debate time, allowing the bill to be introduced, debated and passed in a week.

NDP labour critic Christina Gray said the government is poisoning the well with workers by failing to honour signed deals.

“There can be irreparable harm to the bargaining relationship through the actions this government is taking,” said Gray.

Union leaders have said the legislation is simply the opening salvo in a war that will see Kenney’s government soon legislate wage cuts to public sector workers. 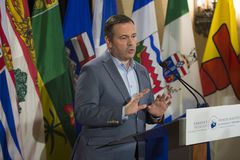 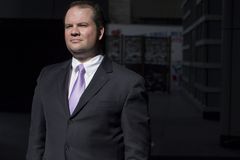