Heather McPherson, the newly elected Edmonton New Democrat who will be the only non-Conservative MP between Winnipeg and the Rockies in the next Parliament, hopes she’ll never be forced to pick between her party and the Trans Mountain pipeline.

Ms. McPherson won her seat in deeply conservative Alberta in part due to her support for the Trans Mountain expansion, a project that is popular within the blue-collar ranks of the provincial NDP, but is firmly opposed by the federal party’s leader and caucus. NDP members outside Alberta are largely hostile to pipelines, especially in British Columbia’s Lower Mainland.

Ms. McPherson said she remains a supporter of the Trans Mountain expansion, which would triple the capacity of the line between oil facilities outside Edmonton and an export terminal in the Vancouver area, but hopes she’ll never be forced to vote on the issue in Parliament. No vote is required on the project, which Ottawa approved Ottawa earlier this year.

“I can’t really imagine that Trans Mountain will come up for a vote," Ms. McPherson said. "It’s been approved, it’s gone forward and I don’t see the Liberal government needing a vote. I don’t see that being an issue.”

If the NDP finds itself in a position to oppose Trans Mountain in Parliament, Ms. McPherson said she doesn’t know what would happen in a whipped vote, in which she would be required to follow her party or face potential expulsion from the caucus. “I’m a new MP. I don’t know how this all works, I’ll need to spend a few weeks seeing what this looks like,” she said.

In her first call with NDP Leader Jagmeet Singh after the election, she said they discussed pipelines politics and that she is looking forward to speaking with other New Democrats about Trans Mountain. She said she wouldn’t speak publicly about what exactly she and Mr. Singh discussed: “I would refrain from talking about areas I disagree with my leader until I get to meet him at the caucus table.”

Ms. McPherson is the third MP the party has ever elected in Alberta, and the NDP received only 12 per cent of the vote across the province. While the Liberal and Conservative leaders each visited Alberta twice during the campaign, Mr. Singh skipped the province entirely.

As her party’s sole MP from either Alberta or Saskatchewan, Ms. McPherson said she will stand up at the caucus table for workers from the Prairies, many of whom have jobs in the energy sector. She said she’ll help her colleagues and leader understand the region’s woes after a years-long economic slump caused by a collapse in oil prices and worsened by delays in the construction of new pipelines.

“About 40 per cent of Albertans voted for a progressive candidate, and they got me. That’s all they got,” Ms. McPherson said. As a result of this outcome, she said, she’ll advocate for electoral reform to better reflect her province’s politics.

Prime Minister Justin Trudeau promised during the 2015 campaign to change the electoral system, but chose to remain with the current arrangement. He made no mention of electoral reform during the 2019 election.

While the Liberals won a minority government on Oct. 21, they lost all their seats between Winnipeg and Vancouver. Ms. McPherson said the Liberals haven’t approached her to join their party, and she wouldn’t jump to them. “If they are interested in putting me in cabinet as an NDP, I would be happy to chat with them,” she said.

She’ll also be the only female MP representing the Edmonton area. The Conservatives, who swept the rest of Edmonton’s seats, nominated no female candidates in the region.

Alberta’s NDP supported pipelines while in government, in part because of the plentiful and well-paid jobs in the energy industry. Former premier Rachel Notley represents much of the same Edmonton-Strathcona riding provincially that Ms. McPherson won federally. Despite her support for Ms. McPherson, the former premier called on voters to support local New Democrats in Alberta only days before the vote. She said that despite Mr. Singh’s opposition to the energy sector, “there is no parliamentary makeup that will allow Mr. Singh to assert those views.” 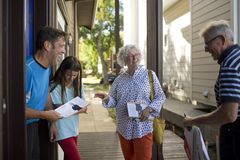 What about Alberta? In federal election, the province’s economic woes fail to break through
October 17, 2019 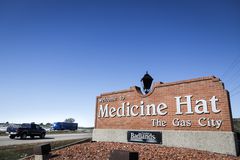 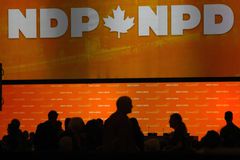