While the rest of the province was opening up this week, environmental monitoring in Alberta was being further shut down.

On Friday, Jason Kenney held an outdoor news conference to announce that Calgary and Brooks, two cities with significant COVID-19 numbers, will be allowed to move to Phase 1 of the province’s reopening strategy. The number of active cases in the province is below 1,000, and some businesses and services in Edmonton and the rest of the province have already reopened.

The Premier had an optimistic tone, saying that the province is not out of the woods but is winning the battle against the virus.

“I mean, get outside of Calgary and there are virtually no new cases happening.”

But just two days earlier, the province’s energy watchdog had a different message. It announced oil and gas “industry relief measures” that temporarily suspend a list of environmental monitoring and reporting requirements, including some of the programs that look at soil, water, wildlife and greenhouse-gas emissions. These measures were new, significant additions to other COVID-19-related suspensions posted since early April.

The Alberta Energy Regulator (AER) – an independent body that operates at an arm’s length from government – said the province’s energy industry has been challenged to conduct day-to-day activities and still comply with public-health orders. “Some monitoring requires specialized contractors from around or outside of Alberta to be on site to do their work,” the AER says.

An AER spokesman said this is about protecting workers and communities, and “any exemption would only be provided for items which would have a low impact on environmental and public safety expectations."

It’s certainly not a free-for-all. Many requirements are still in place, including those for bird deterrents near tailings ponds at oil sands mining sites, and emergencies such as a pipeline spill.

But it’s still not a good look for the province. It raises the obvious questions as to why restaurants, child care and barbershops can be opened up now, but programs that search for releases of volatile organic compounds, or some wildlife monitoring programs at oil sands sites, have to be shuttered.

For the past two months – through the worst days of the pandemic so far – the United Conservative Party government has deemed oil sands operations of strategic importance to the province, and declared them an essential service. Meanwhile, outbreaks in oil sands camps, where workers live in close quarters, led to coronavirus spread as fly-in, fly-out employees returned home to other parts of the country.

The province also spurned calls this month to close meatpacking plants in Southern Alberta, even as COVID-19 cases associated with outbreaks at the slaughterhouses soared, and the Cargill Ltd. facility in High River became the site of Canada’s largest outbreak.

The AER said it’s trying to follow guidelines issued by the provincial Chief Medical Officer of Health. But when a reporter asked Dr. Deena Hinshaw about the AER’s suspension of some reporting and monitoring requirements, she replied that she had no background on the decision.

The Fort McKay First Nation, a community located smack-dab in the middle of the oil sands region, and one likely to be the most affected by environmental issues in the oil sands, said no one spoke to them about the change.

The AER is an independent body but it’s ultimately a creation of the provincial government. The province’s energy minister appoints the board.

The UCP government is unquestioningly pro-oil and gas, and a champion for reducing the hoops that industry has to jump through in order to operate. The constant message to Ottawa, from Alberta, has been to ease off on the regulatory burdens for industry.

During the pandemic, and the corresponding drop in global demand for oil, the Premier has made a logical choice to pursue policies that continue the cash flow for Alberta companies hard-hit during the crisis. In response to the collapse in oil prices in March, the Premier announced that taxpayers will pay AER levies for six months. Usually, this is a cost borne directly by levies to the industry.

Mr. Kenney also lobbied hard for Ottawa to spend $1.7-billion to clean up orphaned and inactive wells in Alberta, Saskatchewan and B.C., as well as federal support for programs that will see lending continue for energy companies in need of liquidity.

Governments and regulators have been scrambling to grapple with the pandemic. There have been inconsistencies in the logic of public-health orders from federal, provincial and municipal leaders. But given this government’s background, it will be hard for many to view the AER orders as being focused solely on public health, and not a means of giving another cost break, however small, to the province’s main industry.

This also comes in a stretch where the UCP government has made other announcements many deem not particularly good for the flora and fauna of the province. These include the potential closing or redesignation of some provincial parks, and a new policy focused on expanded metallurgical coal exports that potentially opens new swaths of land to mining.

Mr. Kenney has often talked about how the former NDP government’s “apologetic or defensive” posture on environmental issues failed to help the province’s energy sector, and how working with the federal government on initiatives such as carbon taxation was economic folly. Perhaps the UCP believes there’s no winning with those who see the environment as a key priority.

But many Albertans are concerned by any moves that weaken environmental monitoring, and the world is watching, as well. The Premier is pushing for the building of – and literally has the province invested in – the Keystone XL pipeline, a project that would ship Alberta crude directly to the more-lucrative U.S. Gulf Coast. Democratic presidential hopeful Joe Biden, however, says he would kill the project, on environmental grounds, if he wins the November election.

This government has no problem pursuing strategic measures when it comes to oil production or global energy markets. Now it needs to think long and hard about applying that same strategic thinking to the environment, and the province’s environmental reputation.

Alberta Energy Regulator suspends environmental monitoring for oilpatch due to COVID-19 pandemic
May 21, 2020 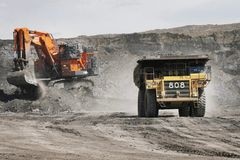 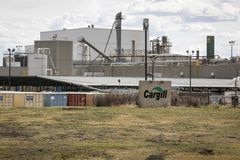 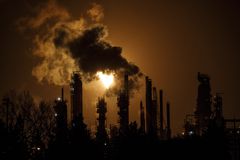