Banff National Park’s new bison population has had its first wild death, three years after Parks Canada reintroduced a herd of the animals to the region and more than a century after the species was nearly wiped out.

The animal, one of three bison calves born last summer, hadn’t been spotted in several months. Conservation officials don’t know if it died of natural causes or was killed by another animal, but say the rest of the bison are healthy and adapting well to their new home.

Parks Canada reintroduced 16 bison to the Alberta park in 2017, more than 100 years after the species’ borderline extinction. The bison were initially kept in an enclosed pasture and were released to roam a 1,200-square-kilometre area of Banff’s backcountry the following year.

Bill Hunt, the resource conservation manager for Parks Canada’s Banff field unit, said the death, like mating, is just one of the natural processes they expected to see.

“It’s a really key milestone in the project,” Mr. Hunt said. He said the calf’s death, though sad, is only one step in a life cycle that affects the biodiversity of the entire park. “It’s fitting that animal back into the food web from which it’s been absent for so many years."

The bison were brought from Elk Island National Park as part of a five-year pilot project to restore the species in its historic Banff roaming ground.

Three years into the reintroduction effort, experts are noticing the park’s land and other fauna changing as the bison adapt to their surroundings.

“The most surprising thing ... is just seeing the impact already that they’re having on the landscape,” Mr. Hunt said. “You can see where bison wallows are reforming that haven’t been used in well over 100 years.”

Bison are a keystone species, which means they affect the entire ecosystem in which they live, altering everything from the terrain to insect life with their movement, diet and habits. Even birds in the Banff park area have benefited from the bison’s presence, using the animals’ warm and waterproof fur to line their nests, which in turn raises the nestlings’ survival rate, according to local bison expert and retired Parks Canada ranger Wes Olson.

“They play a huge role in the maintenance of ecosystem diversity," he said.

Once a species numbering in the tens of millions across North America, the bison became nearly extinct in the late 1800s because of over-hunting. A display population, which was more of an attraction than a conservation effort, was kept in a paddock at Banff National Park for 100 years, but was removed in 1997.

The reintroduction initiative has had challenges. Bison, particularly young males, have a tendency to roam, and keeping the wild herd within the confines of the park and away from nearby communities requires constant monitoring.

Conservation officers have had to deal with three bulls wandering outside of the animals’ designated area in the park. Mr. Hunt said two of the escapees were removed from the project and relocated, while the third had to be destroyed. There are currently 35 bison still in the park.

The pilot project will end in 2022, at which point Parks Canada will decide if it’s feasible to keep a wild bison population in Banff National Park over the long term.

“We’re cautiously optimistic at this point,” Mr. Hunt said. “There’s this role that [bison] play in the ecosystem that’s been missing for over 100 years.” 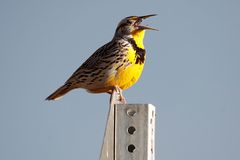 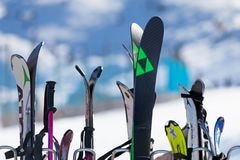 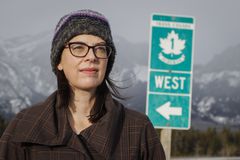