Calgary councillors will vote this week on whether an old used-car lot that sits among a string of stubby brick heritage buildings on the city’s original main street is a suitable home for a tall, glassy and contemporary building, a decision that will shape the future of a neighbourhood in flux.

Inglewood, which took root at the confluence of the Elbow and Bow rivers in 1875, is one of Calgary’s few trendy neighbourhoods, and the main drag is defined by a dozen Edwardian commercial-style buildings built between 1904 to 1914. The buildings on the strip – officially 9th Avenue SE, formally Atlantic Avenue – tend to be between one and four storeys.

The gentrified neighbourhood is dotted with restaurants and breweries. It has a Japanese knife store, roller skate shop, vintage boutiques and fancy furniture vendors.

At the corner of 9th Avenue and 12th Street, a firm called Rndsqr (read: round square) wants to build a $50-million, 12-storey building on the used-car lot, nestled up against a century-old Canadian Imperial Bank of Commerce building, which it also owns.

But first, it needs council’s blessing to exceed the limit of six storeys on new buildings in the zone. City administration has recommended councillors support the exception; public hearings and the vote are scheduled for Monday.

Opponents argue the building’s height and modern design will kill the charming vibe that attracts shoppers to Inglewood and clash with its century-old style. Proponents believe it will energize the neighbourhood and that hip architecture can co-exist with historical buildings.

“It is bold. It kind of rubs people the wrong way. It gets people excited in both [positive and negative] ways,” said Alkarim Devani, one of the developer’s co-founders. “Often times, that’s when you know you’re doing the right thing.”

The proposed building is asymmetrical, with steel beams creating patterns of glass diamonds and triangles. The geometric design calls for commercial and office space, as well as residential units. Technically, this week council is only voting on whether to allow the developer to exceed the six-storey cap, but the overall design has become part of the debate.

The building breaks from the community’s Edwardian roots. Now, council must decide whether that is appropriate. Gian-Carlo Carra represents Inglewood on council and said he is still listening to the project’s supporters and challengers but noted he is underwhelmed by its detractors. He believes the project would be “architecturally significant,” while animating the street and protecting heritage.

“Then it comes down to a question of taste,” he said. “Some people love it, some people hate it.”

Opponents argue the proposed project ignores Inglewood’s history and would crush the area’s village feel. It would cast shadows, create wind tunnels and set a precedent for height exceptions, detractors argue. Shoppers, in turn, would go elsewhere, hurting the local businesses, they say.

“The charm of Inglewood has to do with its lower-scale buildings,” said Dan Allard, the co-owner of Cold Garden, a popular craft brewery in Inglewood. Mr. Allard is also the chairman of the Inglewood Business Improvement Area, which hired a design and planning consultancy firm based in Toronto to review the pitch for the proposed tower. The BIA said it pledged to accept Urban Strategies Inc.‘s opinion, regardless of whether it was supportive or dismissive.

Mr. Allard, when he speaks to council at the public hearing, will draw on the report’s conclusion, which says the negative effects of building 12-storey structures on 9th Avenue outweigh the benefits.

“The historic lotting and built form context of Inglewood cannot comfortably accommodate such buildings; by being so ill-fitting and out of scale with existing development, their adverse impacts on the unique character and pedestrian experience of the street will be significant,” the report said.

The BIA’s strategy to claim it is presenting an unbiased opinion from a top-notch firm, however, has antagonized people it is trying to win over.

“I do not support an unsolicited third party ‘peer review’ of the City of Calgary administration’s planning work, or the city’s properly engaged consultants, on major planning policy such as local area plans,” James Scott, a citizen member of Calgary’s planning commission and a vice-president at a land developer, noted in a document explaining his support for the bylaw. “The city has an established engagement process in place and allowing an ‘outside’ component external to established process seems counterproductive.”

The planning commission has advised council to pass an exemption to the bylaw.

“This site is an important place-making opportunity,” Andrew Palmiere, a citizen member of the commission and a principal at a design and development firm in Calgary, said in city documents. “The proposed development elegantly juxtaposes heritage with contemporary architecture and will positively add to the main street fabric of Inglewood.” 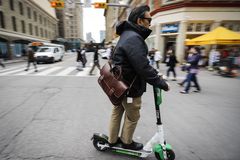