Calgarians will be casting their ballots Tuesday in a plebiscite that has been closely fought over whether Alberta’s largest city can afford to bring back the Winter Olympics.

The public vote, which is non-binding, is a pivotal step in Calgary’s bid to play host to the 2026 Winter Games and comes at a time when a sputtering oil and gas sector is struggling to lift the city’s economy. The Games would be an enormous financial undertaking for the city but could also leave it with a legacy as a global capital of winter sports.

With the vote considered too close to call by leaders of the camps opposed to and supporting the bid, Calgarians will be voting on an Olympic budget that was reached at the last-minute after a cost-sharing deal between all three levels of government was struck in the final days of October.

One of the main concerns voiced in public forums in the days before the vote was the risk of cost overruns. The budget for the Games is just more than $5-billion, of which $1-billion is a contingency set aside in case of overruns.

According to Calgary Mayor Naheed Nenshi, who has come out in favour of pursuing the Games, it’s unlikely the city would go over budget. Both the federal and Alberta governments have said they will not cover overruns.

“For us to have a massive cost overrun it would require us to blow through that $1-billion, blow through four or five insurance policies and then still have a problem at the end,” Mr. Nenshi told The Globe and Mail. “The odds are very, very low.”

If something were to go wrong, he said the city’s plan would be to reduce costs. Because Calgary is only planning to build two new venues and upgrade 11 existing sites, the city would cut back on the upgrades and use what it already has.

A number of details have not been finalized before the plebiscite; among them is where curling would be held. The Calgary 2026 Bid Corp. told The Globe that it is eyeing four sites in southern Alberta where the popular event could take place and will announce its plan within days.

The group behind Calgary’s bid has been looking to its Olympic cousin to the west for advice.

When Vancouver needed help with its 2010 Winter Olympic planning, it turned to the brain trust behind Calgary’s 1988 Winter Games. And when Calgary chose to bid for an Olympic repeat in 2026, it completed the circle by calling on the officials who made the Vancouver Games a success.

With the help of John Furlong, who co-led the bid for the Vancouver Olympics, Calgary has tapped into the expertise it groomed years earlier and may soon be rewarded for it. Should Tuesday’s plebiscite affirm the public’s interest in hosting the International Olympic Committee’s winter showcase, Calgary will formally present its bid in January, then wait for a June announcement.

Given the history of the 1988 and 2010 experiences, Mr. Furlong believes Calgary is in a strong position.

Mr. Furlong recalled how he visited with Frank King, the chairman of the 1988 organizing committee, and talked about what Calgary did right (holding medal ceremonies in a downtown plaza) and what it could have done better (picking a more favourable spot for ski jumping).

“Our Games have been viewed as largely successful,” he said. “We’ve been studied up and down, so the conditions that get applied to organizing the Olympics in Canada are pretty stringent. People expect promises to be kept.” 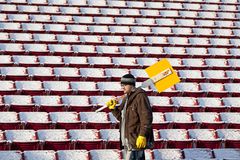 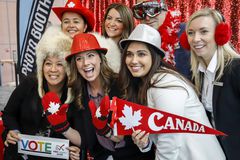 Follow Justin Giovannetti and Allan Maki on Twitter @justincgio @AllanMaki
Report an error Editorial code of conduct
Due to technical reasons, we have temporarily removed commenting from our articles. We hope to have this fixed soon. Thank you for your patience. If you are looking to give feedback on our new site, please send it along to feedback@globeandmail.com. If you want to write a letter to the editor, please forward to letters@globeandmail.com.
Comments