While floor-upon-floor of downtown office towers sit empty, home sales and prices in Calgary are going up. This year the city had its busiest February for sales since 2014, and the price for detached homes is up 5 per cent from the same time in 2020. The story is similar in Edmonton.

It all feels very counterintuitive.

Many are surprised that even consistently strong housing and job markets such as Toronto and Vancouver have seen so many transactions and higher prices in recent months. So imagine what a head-scratcher it is that February sales are also up by more than 50 per cent, year-over-year, in Calgary and Edmonton. This is a measurement against the month before COVID-19 hit with full-force. And these are markets where prices were declining before the pandemic, where in-migration is weak or negative, where unemployment had been high for four years, and where there was strong uptake of mortgage deferrals last year.

But it appears some housing desires, and inducements, are common across the country. While Alberta is often a different story when it comes to either the economy or housing markets, many of the same pandemic-related factors that are driving demand in other parts of the country are here, as well.

First and foremost, extremely low interest rates are a powerful draw. Ann-Marie Lurie, chief economist for the Calgary Real Estate Board, said rates this low can mean a near 20-per-cent discount on monthly mortgage payments, compared with two years ago.

And as with higher-income households in other cities, Albertans who have jobs or the means to afford detached or semi-detached homes have been able to allocate more money to housing during the pandemic. It’s not only because of the low borrowing costs; it’s also the result of less discretionary spending on travel and going out, and gaining the ability to pay off other debts. As well, the realization that working remotely on a regular basis is possible gives people the option to live further afield – and the desire to break out of the pandemic monotony becomes stronger by the day. Being confined mostly to your home for months on end makes any flaws more apparent, and can be a powerful motivator.

There may be even more reasons why Albertans in particular are inclined to move now. Comparisons do come into play. Tom Shearer, chair of the Realtors Association of Edmonton, said Alberta is affordable relative to other parts of the country. People are saying, “Hey, people in Toronto are paying $1-million for the same house I can buy for $400,000.”

He also mentioned pe­nt-up demand. “We have been sitting on our wallets and hands for the past four years waiting for some positive news.”

Early on in the pandemic, it seemed the bad news was set to continue. In May, Canada Housing and Mortgage Corp. president Evan Siddall warned about a debt “deferral cliff” – a spike in mortgage defaults he worried could occur in late 2020 and early 2021, as the federally mandated COVID-19 mortgage program wound down. The federal housing agency also predicted average housing prices could drop between 9 per cent and 18 per cent in 2020.

We know now those predictions did not come to pass. And Mr. Siddall – who announced this week he would be stepping down in April – acknowledged he was wrong about pricing declines. He said CMHC forecasts didn’t fully account for how the financial pain from the pandemic would fall on the backs of the country’s lower-paid workers, many of whom are renters.

That doesn’t mean his long-time warnings that Canadians need to be careful in their idealization of home ownership, and carefully consider their debt levels, is wrong. His predictions might have been off – or they might have only been too early.

In Calgary, condo pricing is still weak. Interest rates could rise. Oil prices could stay up, or could go down again.

Ms. Lurie notes that sales activity based on pent-up demand will be temporary. And unlike the rest of the country, Alberta has been shedding a lot of white-collar and higher-paying blue-collar positions in the past 12 months – not just jobs related to tourism, retail or restaurants.

The longer term housing-market picture will go back to fundamentals such as employment and the number of new people in the province. “We’re still not up to 2014 levels in terms of pricing,” Ms. Lurie said. “We’ll still far from those highs.”

Calgary housing prices down more than 10 per cent over past five years
Subscriber content
January 14, 2020 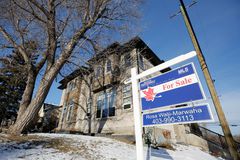 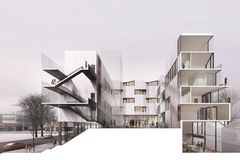 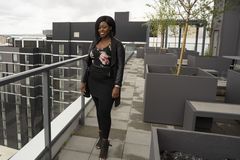