Calgary’s Mayor says the Alberta government’s plan to reopen schools in September isn’t good enough and the city could step in if it isn’t improved.

Naheed Nenshi said Wednesday that he’s “nervous” about kindergarten to Grade 12 classes returning to more-or-less normal, without mandatory masks, when daily COVID-19 infection rates are on the rise.

“And if we don’t have one, the City of Calgary – we have to maintain people’s safety. And if we have to step into the fray, we will.”

Mr. Nenshi said the city does have a “very blunt tool” in the form of mandating masks.

The Alberta government has encouraged masks to slow the spread of COVID-19, especially in indoor settings where maintaining a two-metre distance isn’t possible. But it’s not making masks mandatory.

Mr. Nenshi acknowledged that schools are provincial jurisdiction, but said city council could discuss its options before school starts.

He said the Alberta government and school boards have the ability to enact more nuanced rules than the city, such as making students wear masks only in the hallway or during close group work.

Under the province’s plan, schools with no outbreak would rely on measures such as hand sanitizer at the entrances, more frequent cleaning, grouping students into cohorts and planning the school day to allow for physical distancing.

Students and teachers would be required to stay home if sick. Masks would be optional.

The president of the Alberta Teachers’ Association said educators are eager to get back to work.

“But they want to make sure that they are doing this in the most safe manner possible and there are several questions and concerns about this scenario as it’s laid out,” Jason Schilling said.

Mr. Schilling wants as few students to a group as possible, and that would require more teachers.

The teachers’ union also wants to see a more robust sick leave policy, symptom checks for people entering schools and a testing protocol, along with assurances that there are enough substitute teachers to cover illnesses.

Mr. Schilling said consultations with the province were going well initially, but outstanding concerns went unaddressed in the weeks leading up to the reopening announcement.

Schools were shut down in mid-March when the pandemic took hold in Alberta.

Barbara Silva, with the public education advocacy group Support our Students, said that’s when the province should have started investing in the infrastructure and staff needed to make schools safe.

“So simply saying that students have to physically distance is impossible if you’re going to stuff 40 kids into a classroom made for 20 with no windows or windows that are non-operational.”

Ms. Silva said she’s worried students and staff are going to get sick, and that children’s education will once again be interrupted by another lockdown.

He said countries in Asia and Europe have opened classrooms with relative safety.

Catholic school classes held in Alberta over the summer have been managed well during the pandemic, Mr. Kenney added.

One student who fell ill, and later tested negative for COVID-19, was immediately isolated and information was shared quickly, he said.

“That was a good dry run of how this would happen if and when there would be infections,” Mr. Kenney said.

“We can’t eliminate the risk of people contracting this virus, and that includes prospectively students and school staff. We have to manage the risk and that’s exactly what we’re doing in a prudent and careful way.”

Nova Scotia plan aims to have all students back in classrooms by Sept. 8
July 22, 2020 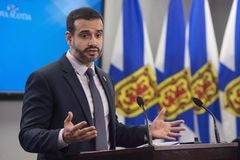 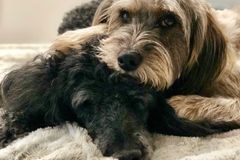