They’ve met individually with council members, spoken to the mayor and honed their pitch with a telling reminder: It’s time for Calgary to make good on building a world-class multisport fieldhouse, a proposal that was part of the city’s failed Olympic bid after being overlooked for more than 50 years.

Supporters of a fieldhouse for community-level and elite athletes will address city council on Monday in the hopes of garnering enough financial assistance to construct an estimated $250-million facility near McMahon Stadium and the University of Calgary. In one proposed arrangement, the Calgary Multisport Fieldhouse Society would receive $100-million from the city with the rest of the money raised privately through partnerships, sponsors, naming rights and user fees.

But, as has happened since the first fieldhouse plan was announced in 1967, a new development has got in the way.

Although it was slated to be a legacy cornerstone had Calgary won the bid to hold the 2026 Winter Olympics, the fieldhouse, with its indoor turf and 400-metre running track, looks to have fallen from the top of the city’s to-do list. Ahead of it is a three-pronged Rivers District project on the eastern edge of downtown that includes a $500-million to $600-million Event Centre, the new name for what essentially would be a new arena for the Calgary Flames. The other contenders for funding are a $418-million refurbishing of an arts/theatre facility and a $500-million BMO Centre expansion.

In previous arena talks between the city and Calgary Sports and Entertainment Corp., which owns the Flames, there were thinly veiled hints the NHL team would bolt for a better arena deal elsewhere. That was in 2017. Since then, the two sides have stopped arguing in public and negotiated in private, and that has concerned those working to keep a fieldhouse a civic necessity.

“We understand [councillors] have to prioritize. All of those things make Calgary a great city,” said Jason Zaran, a former track athlete who now chairs the Multisport Fieldhouse Society board of directors. “But we have an Arts Commons. We’ve got convention facilities. We’ve got the Saddledome. … In a winter city, to not have a facility where you can play any kind of summer sport is almost kind of wacky.”

As a comparison, Mr. Zaran noted Edmonton built its Kinsmen fieldhouse in 1968, followed by the University of Alberta’s Butterdome, the Commonwealth Stadium fieldhouse and the covering of Foote Field. That Calgary “can’t host a track meet of any size, and we don’t have any covered turf facilities other than some private soccer facilities, it’s an embarrassment, to be honest.”

Sport Calgary is also behind the fieldhouse push. It represents more than 200 sports groups in the city, the majority of which have vouched their support for a place to play basketball, volleyball, field hockey, soccer, flag football as well as all track and field events. Sport Calgary executive director and CEO Murray Sigler expressed concern that projects driven largely by parents and their children will continue to lose out to bigger, flashier undertakings.

“The fear is how to keep up with the next professionally polished group catching the attention of the day,” Mr. Sigler said. “Councillor Ray Jones called [the fieldhouse] the poor cousin in the piece, lost in the shuffle. … It’s probably the most easily done [of the city projects] once public money is committed to it. I think it’s far less complicated whether it’s integrating into a transportation system, environmental partners, whether it’s getting private-sector partners, operating partners, engaging the university, the [CFL’s] Stampeders. … Once the city has some measure in the game it’s at least as doable as the other three.”

The University of Calgary has signed a letter of intent to be a prime user of a fieldhouse while not blocking access to the public and other sports organizations. Sport Calgary has said Calgary is the only Canadian city with a population of more than 100,000 that does not have a fieldhouse. 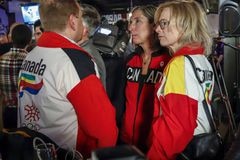 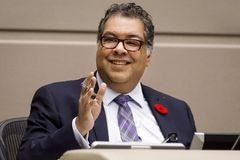 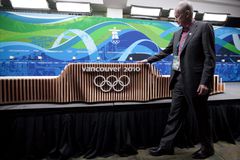