A Calgary man who admitted to slitting his girlfriend’s throat and, days later, stabbing to death his mother and stepfather must serve 35 years before he can apply for parole.

The crimes carry an automatic life sentence, but Justice Glen Poelman agreed with a Crown recommendation to increase the minimum 25-year parole ineligibility period owing to the level of violence.

“He committed three consecutive murders of members of his intimate circle, each exceeding in brutality and violence the one before it,” Justice Poelman said Thursday.

“The callous abandonment of Ms. Toller’s body for five days followed by the murders of two more family members are uniquely reprehensible.”

An agreed statement of facts said Ms. Toller, Mr. Duthie’s girlfriend of five years, was last seen on video footage from outside her condo unit about 4 a.m. on July 26, 2018. Mr. Duthie was captured on the video leaving the condo alone about an hour later.

Five days later, police found the 24-year-old woman with her throat slit and “tucked into her bed as if she was asleep.”

On the same day she was discovered, the court document said Mr. Duthie stabbed Ms. Boshuk, his mother, six times in their home and covered her with a plastic sheet.

The judge said Mr. Duthie deserved some credit for entering a guilty plea to spare the victims’ families a lengthy trial, and he did appear to have genuine remorse.

But Justice Poelman said that’s not enough to lessen the parole period.

“The adverse considerations are what appear to be a cold, methodical approach to following up his murders with showering, some attempts to clean the scenes of evidence and a demonstrated capability of impulsive and violent conduct,” the judge said.

“The effect of this killing spree on friends and family of the victims is incalculable.”

Mr. Duthie earlier apologized to the families of the victims during the sentencing hearing, saying what he did was “inexcusable.”

The judge said Mr. Duthie is still a young man and could eventually be released.

“This is not necessarily what the cases call a whole life sentence. He has a prospect of being eligible to apply for parole during his lifetime.” 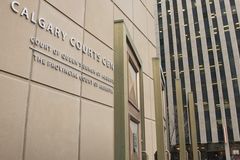