Executive director Jannette Festival knew she had a mystery to solve earlier this year, when pandemic lockdowns started taking effect and the usual milk orders from many neonatal intensive care units (NICUs) dropped. By April, orders were 40 per cent below normal.

Ms. Festival, a nurse, starting calling the NICUs to figure out what was going on, prepared to defend the safety of the donated milk in the age of novel coronavirus. She was surprised to learn it wasn’t a fear of infection causing the change; many units simply didn’t need their regular shipments because they were seeing a significant decrease in the number of very small babies born.

“They said, ‘We just don’t have that many preterm babies in the NICU,’ ” said Ms. Festival, whose milk bank regularly supplies hospitals in every province except for British Columbia and Ontario.

A reported drop of preterm births, so far notable in some Canadian, American, Irish, Australian and Danish cities, has become a spot of good news in a stream of grim stories about the pandemic. Neonatologists and health researchers around the world are now working to determine whether the drop during the lockdown is more than a series of anecdotes – and if it’s real, why it happened.

There are theories that women in the final weeks of pregnancy stayed at home instead of carrying on with their regular, stressful lives or faced fewer germs. It’s also possible there was less air pollution – as people drove less, planes were parked and factories were idled. As lockdowns have eased, there are some corresponding reports of preterm births returning closer to normal levels.

But there are still many uncertainties. Calgary neonatologist Belal Alshaikh, one of the first medical professionals to heed a drop in preterm births in his city, noted “it’s not everywhere.” In Canada, for instance, the trend was reported by doctors in places such as Calgary, Ottawa and Halifax, but not in other centres.

Dr. Alshaikh said there are also questions about whether doctors changed their methods during the pandemic. Other medical professionals are looking at whether some pregnant women were so worried about leaving their homes, they didn’t go for appointments to get their blood pressure checked or investigate a decrease in fetal movement. One London hospital reported an increase in stillbirths during the pandemic.

“If women are not coming to the hospital because they’re worried and they’re just hanging on, and then the babies don’t make it, then definitely they’re not going to be delivered preterm,” said Prakesh Shah, pediatrician-in-chief at Mount Sinai Hospital in Toronto.

Dr. Shah said he didn’t see any decrease in the usual number of preterm births at Mount Sinai in March, April and May.

He said while people might have been staying in their homes during the lockdown, it’s not clear whether mothers-to-be were experiencing more or less stress than normal. Many people were more stressed by COVID-19 and economic pressures. “And that stress will increase preterm births, not decrease.” Dr. Shah wants to see a comprehensive evaluation of what happened during the lockdown rather than relying on “the perceptions of people” that their NICUs were less busy.

The rate of preterm births concerns health care providers because they are a leading cause of infant mortality. Globally, about 10 per cent of births are considered preterm, meaning they happen before 37 weeks of pregnancy. In Canada, the preterm birth rate sits at about 8 per cent.

Babies born many weeks before their due date, or at a low birth weight, are at risk for a host of complicated medical issues including chronic lung disease and hearing and vision loss, as well as other complications later in life.

Some hospitals’ NICUs were definitely less busy earlier this year. In Halifax, Jon Dorling, the division head of neonatal-perinatal medicine at the IWK Health Centre said the number of babies born before 28 weeks – a subcategory of preterm births known as “extremely preterm” – dropped to one per month in March and April, instead of the usual five per month.

“It’s difficult to draw conclusions from that. But it’s the same pattern that people are reporting across the world,” Dr. Dorling said.

“This is very preliminary data, but it looks like about a 30 per cent reduction,” Dr. Lemyre, a neonatologist and University of Ottawa associate professor, said in an e-mail. “We have not yet looked at all births, stillbirths or other factors that are needed to be looked at to better understand this trend.”

However, Deborah Money, professor of obstetrics and gynecology at UBC, said she did quick scan of bed utilization in her province during the lockdown, and didn’t observe any unusual drop in preterm births.

“It doesn’t mean it’s not possible there is a trend,” Dr. Money said. But she finds the reported decrease in preterm births contrary to what she would expect. “It’s a bit counterintuitive to believe that the biology of prematurity was changed that quickly.”

There are now a number of studies on the preterm pandemic phenomenon in the works. Dr. Shah is proposing a Canadian Institute for Health Information study examining Canadian preterm birth and stillbirth rates over the past decade, adjusted for season variations.

Canadian researchers Meghan Azad and Merilee Brockway, with an Australian colleague, are co-ordinating perinatal outcomes in the pandemic study involving dozens of researchers in a number of countries. The work will be done not only by neonatologists and obstetricians, but also environmental scientists. “It’s a natural experiment that we’ve never experienced before,” Dr. Azad said in Winnipeg.

If research eventually finds that a significant drop in preterm births was a silver lining of the pandemic lockdown, Ms. Festival in Calgary said it’s a call to re-examine the world in which women spend their last weeks before giving birth in a whirlwind of work and appointments.

“If that’s the case, what does it say about our society, and what we’re doing to our moms who are expecting?” 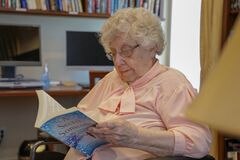 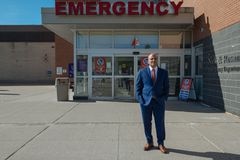 How shoring up hospitals for COVID-19 contributed to Canada’s long-term care crisis
May 21, 2020 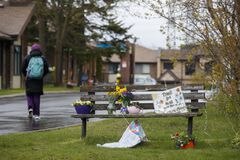