One of Canada’s largest science projects is humming away on the south Saskatchewan Prairie, capturing thousands of tonnes of climate-warming carbon dioxide every month and storing it underground where it should remain buried for eons.

The idea behind carbon capture and storage is simple in theory, but it has faced years of teething problems and cost overruns at the facility next to the Boundary Dam power station to get the project working. Now, a small and unremarkable brown pipe – warm to the touch even in a freezing Prairie wind – juts out of the hulking building and disappears into the ground, carrying a constant stream of carbon dioxide and the hopes of a growing number of Canada’s conservative politicians.

Half of provincial governments are now in the hands of conservative premiers opposed to carbon pricing, arguing instead that technology – to reduce emissions and then capture and store what’s left over – is a better solution to climate change. Saskatchewan has been committed to carbon capture and storage for nearly a decade and the government spent $1.5-billion building the facility at Estevan, the world’s first at a coal-fired power plant. Premier Jason Kenney in neighbouring Alberta is also considering pouring more money into carbon capture, adding to the two projects already functioning or nearing completion in the energy-rich province.

Turning the stream of pollutants coming off burning coal into carbon dioxide that can be sequestered underground or sold to boost fading production from nearby oil wells, is a difficult prospect. The plant at Boundary Dam uses enormous amounts of chemicals, cooling towers the height of an office tower and enough electricity to power a small town. The Saskatchewan plant was also poorly designed for the region’s low-quality coal, leading to years of painful lessons as much of the plant had to be periodically disassembled to clean out unexpected buildups of ash and other contaminants.

“It’s the joys of coming first,” said David Jobe, the director of carbon capture at Boundary Dam, as he walked through the structure. He says carbon capture is now a proven technology that the provincially owned utility could sell to sequester the emissions from hundreds of coal-fired power plants in China and India.

“We’ve proven it can work, now we need to make it cheaper,” he added.

THE PRICE OF PROGRESS

At $1.5-billion, the bill for the facility would be about $1,300 for each of Saskatchewan’s 1.1 million residents.

The Parliamentary Budget Office has warned the plant could lose $1-billion over 30 years, which could drive up electricity bills in the province. SaskPower has also not paid a dividend to the provincial treasury in recent years because of the expense of large projects like Boundary Dam.

The plan now runs near 94-per-cent efficiency, capturing nearly all the pollutants coming off a single boiler at Boundary Dam. However, grinders and welders are still a daily sight after nearly five years of operations – despite the fact that the facility was designed to be unstaffed.

Because of carbon capture, one of the boilers at Boundary Dam will remain open for decades after the federally mandated deadline to close all coal-fired power stations by 2030. The project will sustain coal-mining jobs in southern Saskatchewan and help local energy companies increase oil production through a process known as enhanced oil recovery, according to Saskatchewan Environment Minister Dustin Duncan.

“We wanted to see whether we could be part of the solution, by continuing to use these assets over the long term in a way that would significantly reduce their emissions,” Mr. Duncan told The Globe and Mail. While Premier Scott Moe’s government has ruled out adding more carbon capture at Boundary Dam, the provincial government is still debating whether to build another facility at a nearby coal-fired power station. That decision will be made midway through the next decade.

Mr. Duncan notes the numerous problems the plant experienced in its first five years or so, in particular needing to periodically dismantle and clean the whole facility.

“It’s been frustrating at times, but we knew all along that this was really first-generation technology, it was the first of its kind in the world on a commercial scale using post-combustion emissions, particularly from a coal-fired power plant. I think we all went into it with eyes pretty wide open,” Mr. Duncan said.

Estevan Mayor Roy Ludwig has expressed his frustration at the lack of new carbon capture in the province and has called for Mr. Moe’s government to expand the technology’s use. The region around Estevan is dominated by rocking oil pumpjacks and the towering steam from Boundary Dam hangs in the air like a storm cloud, visible from kilometres away. The carbon-capture plant has been toured by a number of prominent business leaders and politicians from around the world and is one of the area’s best shots to continue producing coal and oil, according to the mayor.

“We’re cautiously optimistic that we can continue for some time with clean coal technology, but that’s obviously tempered by what’s going on in Ottawa,” said Mr. Ludwig. He’s concerned that Prime Minister Justin Trudeau’s government hasn’t shown much enthusiasm for carbon capture and has instead focused on a Canadawide carbon tax system to curb climate change.

Two carbon-capture projects in Alberta have also received $1.24-billion in financial support from that province’s government.

Near Edmonton, Shell’s Quest carbon-capture project has stored four million tonnes of carbon dioxide, the most of any comparable facility in the world, according to the company. The Shell project, which began operations in 2015, captures one-third of the emissions from a nearby upgrader, an energy facility that turns bitumen into synthetic crude oil.

A larger project is the Alberta Carbon Trunk Line, a pipeline for carbon dioxide under construction linking the industrial facilities of the Edmonton area to an underground storage location about 200 kilometres to the south near Red Deer. The line, which is expected to finish construction at the end of this year, is designed to allow facilities that adopt carbon capture to tap into it over the next few decades.

Mr. Kenney’s government is now prepared to look at future projects, according to Alberta Environment Minister Jason Nixon. “We’re currently exploring options to help companies reduce emissions with cleaner technology. For example, revenue generated from the [government’s proposed technology] fund could be used to support research and investment in carbon capture, utilization and storage,” the minister said in a statement.

Carbon capture works in some instances and is effective, according to Duncan Kenyon with the Calgary-based energy think tank Pembina Institute, but there are often cheaper ways to get similar reductions in carbon emissions.

“This is exactly what is needed as part of a meaningful climate strategy and we do need to put a ton of money into research, but here’s what’s missing: Do you need the government to throw a few billion at carbon capture or do you just put in a market mechanism that does the same thing without subsidization? Because that’s exactly what a carbon price is,” he said.

Falling prices for renewables have made a number of carbon-capture projects uncompetitive, according to Mr. Kenyon. However, he said a carbon tax, along with a project like the Alberta Carbon Trunk Line, which would allow an industrial facility to adopt carbon capture more cheaply and avoid paying the tax, could work.

“We don’t just need to throw out public money at this. We can also support these innovations through carbon pricing and just letting a financial incentive work,” Mr. Kenyon said. 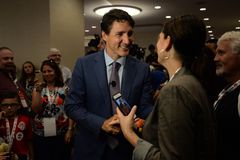 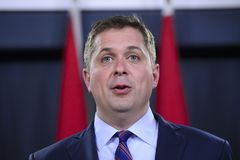 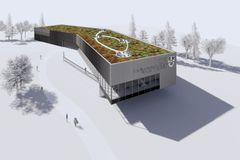