Deputy Prime Minister Chrystia Freeland met with Alberta’s Premier on Monday, as the re-elected Liberal government attempts to allay growing anger on the Prairies and the perception that the region gets a raw deal from Ottawa.

Ms. Freeland’s visit with Premier Jason Kenney was the latest attempt by the newly appointed federal cabinet to repair a relationship that has sunk to new depths since last month’s election. The ministers of natural resources and finance have also reached out to their counterparts in the province.

Before meeting in Edmonton, Ms. Freeland and Mr. Kenney struck a conciliatory tone and pledged to find areas where they could work together.

“When I first spoke to Prime Minister [Justin] Trudeau the day after our election in April, I indicated our desire to find common ground, to be partners in prosperity,” Mr. Kenney told reporters before the meeting at the provincial legislature.

“Certainly our government heard, from Alberta, a strong message in the election, and that means we have to listen really hard, and that’s what I’m here today to do,” she said.

After the meeting, Mr. Kenney sent out a statement that said he used the meeting to outline the province’s priorities while also repeating his call for the federal government to intervene in the CN Rail strike.

The federal Liberals were completely shut out of Alberta and Saskatchewan, where many voters are deeply suspicious of the Trudeau government. That left no options for those provinces to be represented in cabinet.

Jim Carr, who represents a Winnipeg riding, stepped away from cabinet as he deals with a cancer diagnosis but was assigned to be a special adviser for the Prairies.

And Natural Resources Minister Seamus O’Regan, though he has no Prairie roots, was touted as coming from Newfoundland and Labrador, the third-largest oil-producing province after Alberta and Saskatchewan.

Mr. O’Regan flew to Calgary on his second day of work, meeting with Alberta Energy Minister Sonya Savage last week. After the meeting, Ms. Savage had kind words for Mr. O’Regan, who she said appeared to understand Albertans’ concerns.

Also on Monday, Alberta Finance Minister Travis Toews had a phone call with Federal Finance Minister Bill Morneau. In a statement, Mr. Toews said he reiterated a series of requests from the province, including more money from a fiscal stabilization fund and changes to the equalization system.

Mr. Kenney’s United Conservative Party won a spring election on a wave of anger over a series of federal policies that many in Alberta blame for prolonging an economic slump that was triggered by an oil price crash five years ago.

Those complaints include a lack of progress on pipelines, including the Trans Mountain expansion; and environmental legislation such as Bills C-69 and C-48. Mr. Kenney also seized on opposition to the carbon tax and a belief among many in this province that it is under attack by provinces such as Quebec that nonetheless benefit from Alberta’s energy wealth through the equalization system.

Earlier this month, Mr. Kenney announced a panel, led by former Reform Party leader Preston Manning, to study ways to get a “fair deal” for the province. The panel will consider a range of options, including an Alberta pension plan to replace the Canada Pension Plan, a provincial revenue agency to collect taxes and a provincial police force to replace the RCMP. 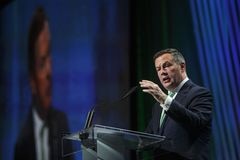 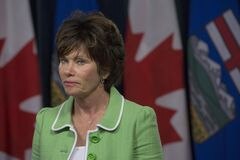 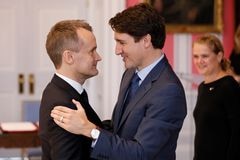