Before opening her coffee-roasting business in Saskatoon, Alisha Esmail spent time visiting tea and coffee plantations while working abroad, where she saw first-hand how hard farmers in countries such as Costa Rica and Peru worked with little-to-no return.

The experience inspired her to create Road Coffee Co., a roaster that focuses on both single-origin coffee and humanitarian-aid efforts. She said the situation for coffee farmers is often obscured by marketing buzzwords such as fair trade.

“It’s a dirty little secret in the coffee industry that coffee farmers [in general] still get paid below the cost of goods before the product is marked up significantly in the west,” Ms. Esmail says.

“There’s a lot of marketing echo out there, whether it’s fair trade or organic.”

Ms. Esmail says a safer bet is to focus on places such as hers that offer “single-origin” ingredients, which signals a company’s direct connection to a farmer. It’s an ethos that has been growing across the Prairies, with coffee roasters, chocolate makers and others turning to the single-origin model as a way to create sustainable and ethical businesses.

She launched Road Coffee Co. in 2015 as a humble setup in the back of an axe-throwing business. After a couple of years, the company moved into a larger production space in the Saskatoon Makerspace and became a full-time endeavour for Ms. Esmail. She says she has always been adamant about paying the farmers she works with above their cost of goods, but has gone above and beyond by creating altruistic initiatives such as a microloan program in Peru and helping to build a clean water system for a farming region in Laos.

“We spend time listening and understanding the biggest pain points of coffee farmers and one of them is access to finances,” she explains. “Even if they can get a loan in a country like Costa Rica or Peru, there it would come with a 70-per-cent interest rate, which is what we would consider predatory lending here. You can’t get ahead like that.”

The microloan program has helped Peruvian farmers purchase fermentation tanks that help to improve the quality of freshly picked coffee beans. Thus, the farmers can charge more for their product and make a truly fair living.

“Our initial goal with this was for these farmers to double their profit per pound, but it turned out being much more successful. They can now charge almost US$2 per pound as opposed to 20 cents. That makes a huge difference in their lives.”

Ms. Esmail adds that Road Coffee Co. is also getting set to take on a new community program, which places focus on female coffee farmers in the Amazon.

Popular with Saskatoon restaurants and cafés, her roasted coffee is shipped to customers across the country and, more recently, has been stocked by several Sobeys locations in Saskatchewan.

“As the company grows and develops, a lot are new relationships being built with coffee farmers abroad through mutual contacts. I still haven’t had a chance to visit Laos yet – that is our most recent partnership – but once the pandemic is behind us that is the first place I’m headed.”

Calgary-based chocolatier Geordan Spicer takes a similar approach through her bean-to-bar company Kin+Pod Chocolate. Originally launched in 2017 under a different name, Ms. Spicer’s company has set itself apart from the pack for her dedication to the ethical sourcing of cacao beans. Though other chocolatiers may offer a bean-to-bar option or two, her company is completely dedicated to it.

With a current lineup of six chocolate bars – which can be found readily around Calgary or ordered online – as well as seasonal creations, Kin+Pod has grown since its inception. Her dark chocolate espresso bar blends the worlds of single-origin cacao and coffee by incorporating Rosso Coffee Roasters signature roast.

The chocolatier works with a collective called Uncommon Cacao, which dubs itself as a “transparent trade” company. It provides in-depth and regularly updated information on the farms located in countries such as Guatemala or Venezuela where she purchases her beans from.

“It’s really encouraging to know that this craft chocolate movement is helping farmers to thrive,” Ms. Spicer says. “Paying farmers above fair trade minimums for cacao beans leads to a better quality of life for them and, as a result, a better quality of bean. We all know living off minimum wage is hard, so best to pay above it.”

By working with this cacao collective, the chocolatier has also been able to help advocate for women in the industry.

“Two years ago we pointed out that [it appeared as though] women are not playing a huge role or not being accounted as contributing on cacao farms. This has led to a larger demand for female cacao farmers. This is a prime example of how focusing on small cacao producers creates a big impact,” she says. 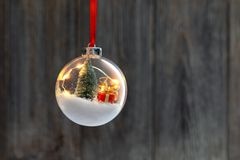