In a community with some of the highest COVID-19 rates in the world, with the ICU overflowing and the hospital straining to treat those suffering from the virus, 18-year-old Jane Gibson was trying to focus on the positive.

“It’s been, um, a challenge. Obviously,” the Fort McMurray teenager said, choosing her words carefully as she spoke to The Globe and Mail by phone from the northern Alberta city. “But I think our community is not inexperienced with adversity. We’ve faced a lot.”

Indeed, in recent years Fort McMurray has become almost synonymous with disaster, having been ravaged by fire in one of Canada’s worst natural disasters in the spring of 2016, then hit by a devastating flood in 2020. Most recently, the city 435 kilometres northeast of Edmonton has made headlines for having the highest coronavirus rates in the province, which in turn has some of the highest per capita rates in the world.

As of Monday, Alberta Health Services, or AHS, was reporting 1,481 cases in the city of 66,500. That number doesn’t include infections detected at work camps outside the city, meaning the total number of cases in the region is undoubtedly far greater.

“When I go to stores or when I’m driving down the street, I do not see people defying the rules, and I don’t see what I’m seeing [in the news] in other places,” Mayor Don Scott said, referring to larger-scale rejection of public-health measures that have occurred elsewhere in the province, including at Edmonton’s GraceLife Church, Bowden’s No More Lockdowns Rodeo Rally and other anti-mask protests. “That’s why what’s driving the numbers has always been an unknown to me.”

The Regional Municipality of Wood Buffalo, which includes the city of Fort McMurray, has had a state of local emergency in effect since cases in the area swelled to 1,100 in late April. An AHS spokesperson said Saturday there were 39 patients with COVID-19 at the Northern Lights Regional Health Centre, and 10 in the intensive-care unit, which usually has only six beds.

Mr. Scott said it has been a “constant frustration” trying to get virus numbers and data from AHS – including rates at work camps, and any indication of what may be driving infections in the area – and that it’s difficult to make policy without that information.

The province has offered Fort McMurray and other COVID-19 hot spots the option of imposing curfews in the community, but with a vacuum of information, Mr. Scott said he wasn’t even sure that would help.

“They’re suggesting that we make decisions based on the no information,” he said. “They’re putting us in an impossible situation to look after our residents.”

In an e-mailed statement, AHS spokesperson Sabrina Atwal said the agency “has continued to work closely with all municipalities throughout the COVID-19 pandemic,” and that, “Our teams work to be as responsive as possible to all requests for information from our partner municipalities.”

Chief Allan Adam of the Athabasca Chipewyan First Nation said he has no doubt that oil production – including workers who commute in and out of camps – is driving the spread of the virus in the area, and last Friday he called for a complete shutdown of all oil sands activity in the region for three weeks.

Chief Adam said his community went from one or two infections to 10 in little more than a week, and while there is currently a lockdown and curfews in place on the First Nation to try to stave off further spread, he said he doesn’t think the numbers will hold if the virus continues to spread around them.

“I don’t know for how long we could do this, because Fort McMurray is continuing to be out of control,” he said.

Chief Adam recalled stories his grandmother told him about how the later waves of the Spanish flu wiped out three-quarters of the people in his community in 1920, a deadly legacy quietly marked by two mass graves.

“Look at myself right now. I’m the Chief of the Nation. My wife says stay home, don’t go anywhere, even though I got double vaccinated with Moderna,” he said.

“I’m scared, and if I’m worried about the fact about what’s going on, then everybody should be worried, because I am a leader. And I put people first before anything.”

Bill Loutitt, chief executive officer of McMurray Métis, said he and his wife got sick with a COVID-19 variant in April and he spent three days in hospital being treated for pneumonia after his daughter, a doctor in Edmonton, urged him to seek treatment. He admitted it was “a little bit scary.”

“We really were worried about our Elders. I’m 65, I guess that’s considered an Elder myself, but you know, you don’t really think of it that way,” he said. “I’ve always been worried about our elderly that are vulnerable to this.” He said it’s been a relief to see more and more people getting vaccinated, and he thinks the Fort McMurray Métis population is probably getting close to a 50-per-cent vaccination rate.

The most recent government data showed vaccination rates in Fort McMurray were lower that the provincial average, but that may be a reflection of the city’s extremely unique demographics, not the population’s hesitancy to be vaccinated.

Mr. Scott, the mayor, says that the average age in Fort McMurray is less than 33, and almost a third of the population is under 24. This means that until vaccines were recently opened to younger people, a large percentage of the population wasn’t even eligible for a shot.

Mr. Scott said he hasn’t received updated vaccination rates from AHS since more vaccine arrived and the campaign opened up more broadly, but that “everybody he knows” has either been vaccinated or has an appointment scheduled, and he hopes that will start to pay off. “I think that’s what’s going to make the big difference, I believe,” he said.

Numbers provided by AHS on Sunday afternoon said the vaccination rate as of May 7 was 29.2 per cent in Fort McMurray, and 21.6 per cent in Wood Buffalo.

Vincent Hu, manager of Fuji Japanese Restaurant, paused before filling a to-go sushi order to reflect on the current moment in the city that has been his home for 16 years.

“It’s always nice and good here, but then since the fire and the flooding and COVID, it’s tough for everybody I guess,” he said. “We’re trying the best. We try to fix all the problems the best we can.”

Mr. Hu said when the COVID-19 caseload reached 1,300, even pickup business plummeted, and he’s been hearing from customers who work at the Northern Lights Regional Health Centre about how bad things are in the hospital and the ICU.

While Mr. Hu said he’s not personally scared of the virus, he worries about other friends and customers, and about the broader impacts the virus is having in the community. He said he used to rent rooms in his house, but tenants have left or can’t pay their rent.

He also said it’s been a very stressful time for the business owners, who continue to pay the extremely high rents reflecting the once-booming Fort Mac economy, but with a restaurant they can no longer fill.

“I’m not complaining,” he added. “Everybody is trying to get through this stuff.”

Ms. Gibson, the Fort McMurray teenager, was among those lined up at the MacDonald Island Park recreation centre last week, her earliest possible opportunity to get the vaccine.

“You know, it’s hard. It is so hard being 18 years old, with all this new freedom and exciting things that are supposed to be going on,” she said. “But this is just a little bump in the road and we will get back to normal.”

After all the hardships the community has endured, she said she feels like getting the vaccine is something positive she could do. “Once our population is vaccinated, that’s one step closer back to a normal life,” she said.

She said the lineup at the recreation centre snaked out the door when she was there, and she saw many friends and others she knows waiting for their shot, or posting about their vaccinations on social media.

“We have a super strong community because of all the adversity we’ve faced,” said Ms. Gibson, whose family’s home and possessions were destroyed by the Fort McMurray wildfires. “So this is just a normal Monday for a Fort McMurray girl.” 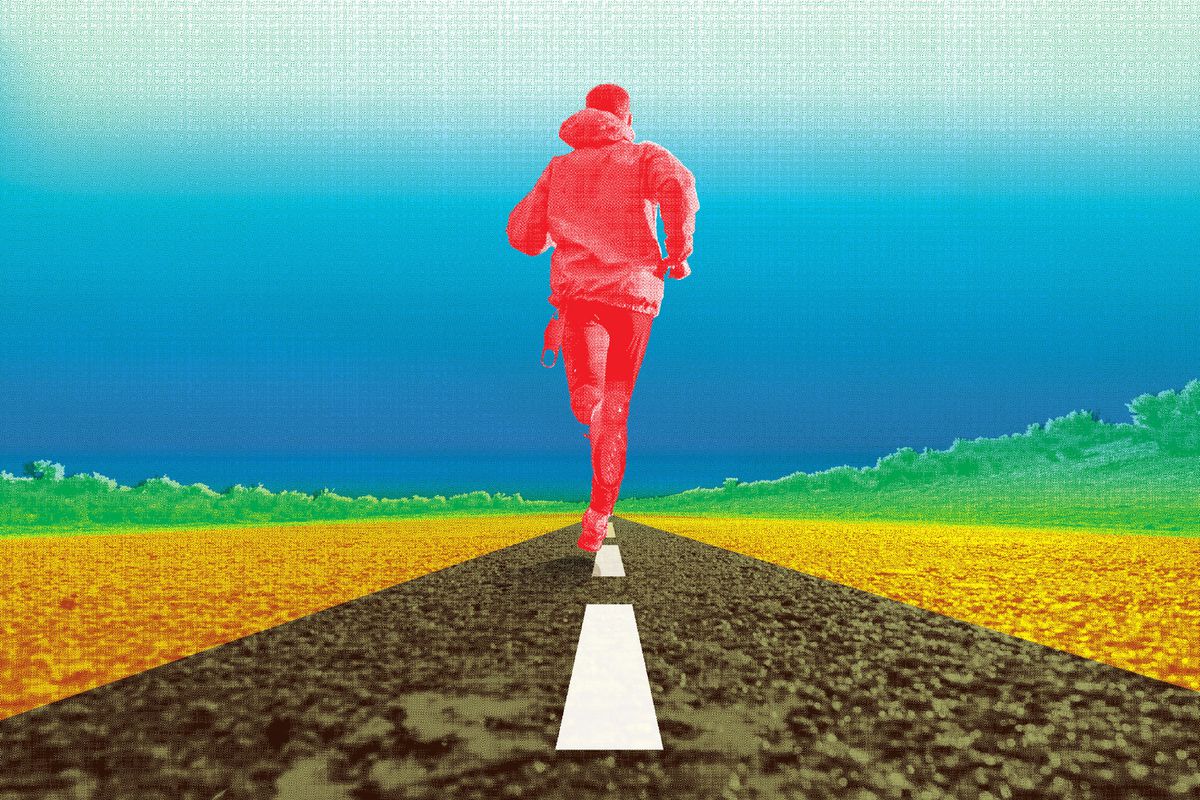 The Decibel: Are we in the pandemic’s home stretch?

On the debut episode of The Globe and Mail's daily news podcast, health columnist André Picard discusses how Canada has fared nearly 14 months into the pandemic, and what to do if you have vaccine-hesitant friends or family.

COVID-19 patients are filling up Alberta’s hospitals
May 7, 2021
Alberta first province to let all teenagers get the COVID-19 vaccine
May 5, 2021
Grim ICU projections drove Jason Kenney to impose tough COVID-19 restrictions in Alberta
May 5, 2021