James Burns, the vice-chair and CEO of one of the country’s largest liquor store chains, reads through three e-mails he received on a random Monday morning.

The first describes a robbery suspect threatening to stab an employee. The second is about a thief brandishing bear spray at staff. The third recounts a man pulling out a gun at the cash register, while a customer attempts to pay for a purchase nearby.

“This is what goes on in our company all day, every day,” said Mr. Burns, whose company, Alcanna Inc., owns about 270 liquor and cannabis stores in British Columbia, Alberta, Ontario and Alaska, and is one of the country’s largest alcohol retailers. “This is all yesterday, here in Edmonton.”

Liquor store theft has become a burgeoning problem around the country and appears to be particularly acute in the Prairies, where police and alcohol vendors are reporting exponential increases in theft and robbery, multimillion-dollar losses, and escalating violence and threats against staff and patrons. In Edmonton alone, for example, police responded to almost three times more liquor thefts last year than in 2018.

“This is about safety,” Mr. Burns said. “And about people being able to come to work and … do their jobs in an environment that they enjoy, and not feeling like they are going to be beaten up or shot or stabbed.”

Mr. Burns said previous attempts to deal with the problem in Alberta – like having increased on-site security – have proven of limited value. A recent move requiring people to scan identification before entering some liquor stores has raised questions around the privacy of patrons and is being reviewed by the Alberta Privacy Commissioner.

The chief executive officer of the Edmonton-based company is also looking at whether the identification scanning has just shifted the crime to other stores, and is finding the balance between crime reduction and the loss of sales for people who don’t want to show their identification to enter.

“It is easy to have zero theft: Lock the doors and have no sales,” he said. “Obviously, that doesn’t work as a business.”

“We need to actually take this seriously, because if you leave this unchecked … something bad is going to happen,” he said. “And we’re going to do everything we can to stop that from happening.”

In Winnipeg, Manitoba Liquor & Lotteries is in the process of instituting a sweeping “controlled entrance program,” where customers will have to scan photo identification before entering any of the city’s Liquor Marts.

The provincial liquor retailer had previously reported some success with a range of increased security measures, including additional security staff and surveillance, checked bags, locked displays and physical barriers at the doors. However, it’s moving to the controlled entry system in the wake of a violent attack in November, 2019, in which a group of people with knives stormed a city liquor store and seriously assaulted a female employee, leaving her in critical condition.

“As a modern retailer, we have tried to balance employee and customer safety with an enjoyable shopping experience,” read a statement released at the time. “Unfortunately, the brazen thefts that have inundated us over the last 18 months have left us no option, but to take these drastic measures.”

Chief McFee said police in Edmonton are seeing patterns that indicate organized criminal networks may be fuelling some of the thefts and robberies, though he adds methamphetamine addiction is also contributing to unpredictable violence and high rates of property crime in the city more broadly.

Police responded to 9,565 calls for theft of liquor last year, or about 26 every day, an almost 300-per-cent increase from the previous year, he said.

Calgary reported about 2,500 liquor store thefts and robberies in 2019, or about six a day. Calgary police spokesperson Leah Brownridge said that number is an increase over previous years, but it is not as dramatic as Edmonton’s.

In a new attempt to deal with the problem, Alcanna, the Edmonton Police Service and the non-profit Edmonton Police Foundation have launched the “Liquor Store Robberies/Thefts Challenge,” which invites entrepreneurs, business schools and universities in Alberta and around the world to come up with solutions.

Under the terms of the challenge, a plan that cuts liquor store thefts in half for 90 consecutive days can win $150,000, and one that reduces thefts by 80 per cent may be eligible for a $250,000 windfall. Another $250,000 is available to test and institute potential plans. The money is provided by Alcanna.

“This is a new way of thinking,” Chief McFee said of the experimental outsourcing. “We are confident that there are students and vendors, innovators, entrepreneurs and companies with the ingenuity to share different perspectives and explore creative solutions for the benefit of community safety.”

Speaking in front of a pallet of 19 Crimes wine at a suburban Edmonton liquor store last week, Edmonton Police Foundation chair Ashif Mawji likened the challenge to a Dragons’ Den competition. He said those who want to take part will be given access to non-confidential police data, processes and other relevant information to help them craft possible solutions, which must be submitted by March 31.

The ideas will then be shortlisted and selected by a committee for in-store trials beginning in May.

The terms of the challenge list the top priorities as increasing safety for staff and patrons, and dramatically reducing robberies and thefts without a significant loss of sales or increase in labour costs.

“This is something new we're trying out. Because, guess what? Things that we've been trying before don’t work, haven't worked,” Mr. Mawji said. “So are we just going to give up, or try something new?”

The call is also the first initiative of the Edmonton Police Foundation’s new Community Solutions Accelerator, which seeks to help solve complex social issues with innovation, data and technology. The creators will keep the rights to what they develop, but the police foundation will take a small royalty, Mr. Mawji said.

Chief McFee said a public challenge is a way to “tap into our collective knowledge to hold criminals accountable,” and could be the beginning of “many groundbreaking solutions to come.” 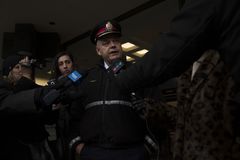 One of Canada’s last Sunday shopping bans is coming to an end. What lies in store for this small Manitoba town?
March 4, 2020 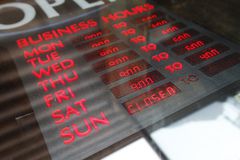 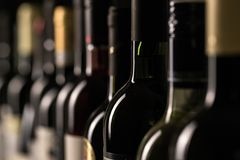