One of the busiest supervised drug-consumption sites in North America is quiet on a cloudy Wednesday morning. The building is unmarked and non-descript, a squat structure on the edges of Lethbridge’s downtown core. Two security guards in bright yellow jackets chat outside in the spring chill. Down the block, a dishevelled man stands alone, staring down at the sidewalk.

The facility was opened slightly more than a year ago and has been used more than 188,000 times since then, reporting to have prevented hundreds of overdoses in that period.

But the site has also raised serious concerns from some in the city. In a swing riding, as the provincial election nears, it serves as a stark reminder of the many complex issues the province is facing and the parties’ sometimes very divergent views on how to deal with them.

“The drug crisis in Alberta is affecting not just large cities, but mid-sized cities like Lethbridge are almost all seeing the impact of the drug crisis,” said Mayor Chris Spearman, who says the supervised-consumption site is his city’s foremost issue concerning voters in this election. “This issue isn’t getting the discussion it should, but every urban municipality is facing this and it’s a struggle.” 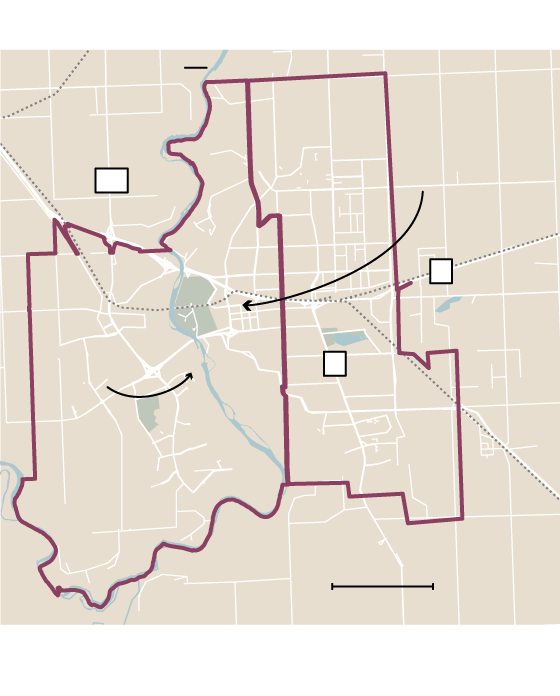 THE GLOBE AND MAIL, SOURCES: elections 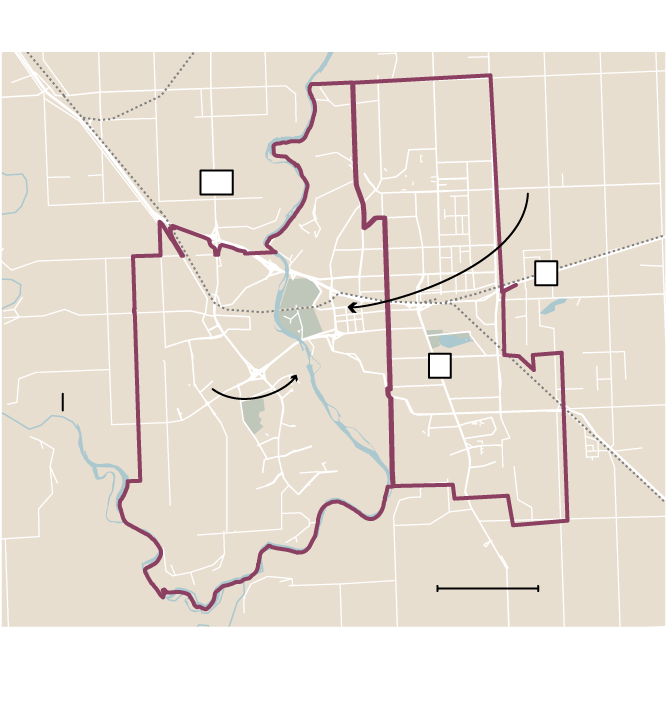 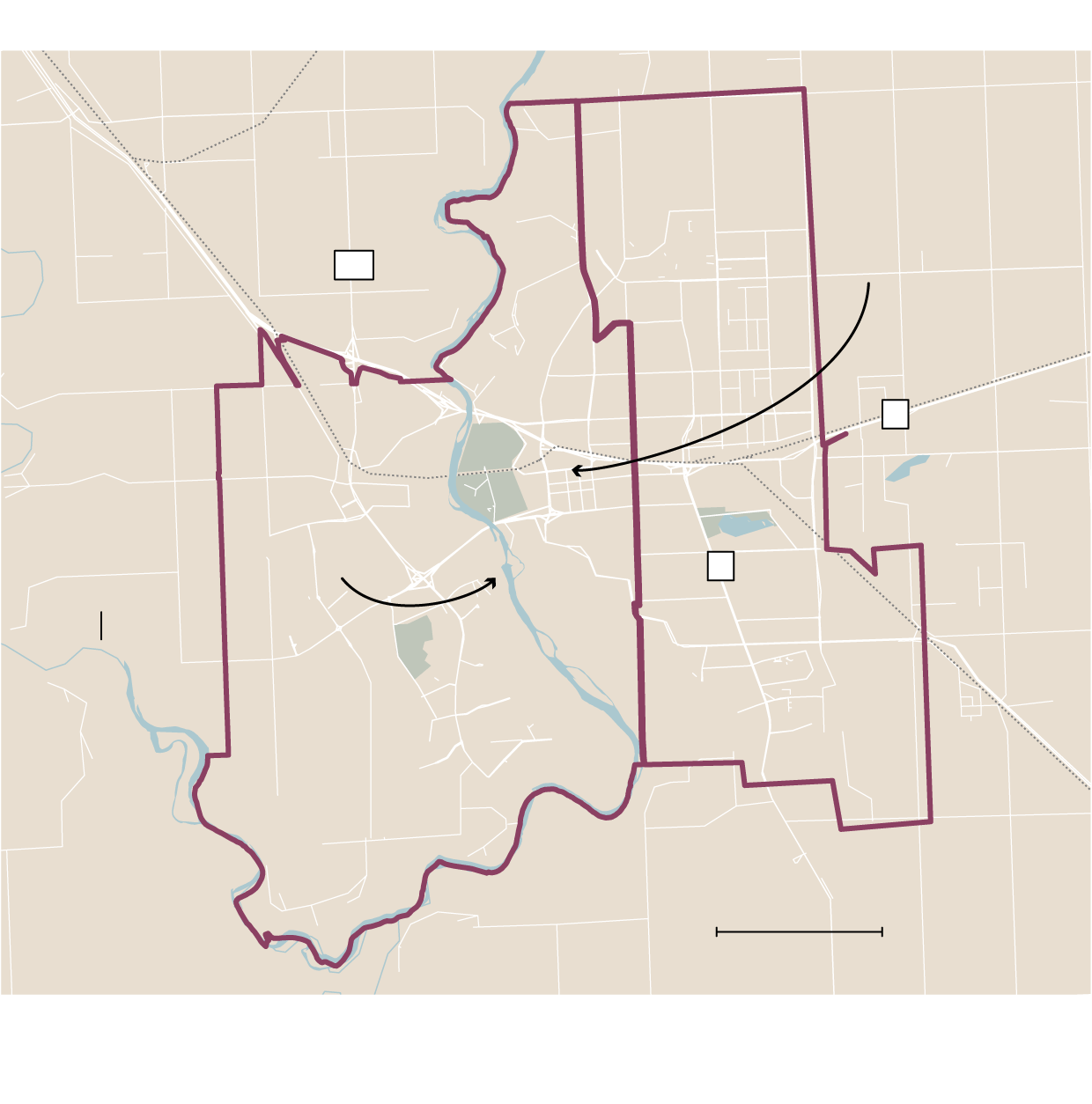 Lethbridge is about 200 kilometres southeast of Calgary. It’s a city of 100,000 nestled within the rolling farmland and snaking coulees of southern Alberta. The city is divided into two ridings, Lethbridge-East, where the NDP incumbent is Maria Fitzpatrick, and Lethbridge-West, the riding of NDP incumbent Shannon Phillips, who was a high-profile environment minister in the NDP government.

In many ways, Mayor Spearman says, Lethbridge is a city of contrasts. As Alberta’s fourth-largest city, it is a hub for retired farmers and rural residents coming off the land, and it also attracts reams of youth and young families to its college and university. Lethbridge has both a high quality of life and a high homeless population. As an urban centre on Alberta’s Bible belt, it attracts people from religious communities and also the people leaving them.

Mr. Spearman says polling on social issues always shows this very deep divide in the city, an almost equal mix of very progressive and very conservative. It’s for this reason Lethbridge-East and Lethbridge-West are seen as potential swing ridings, with both a strong conservative vote and a sizeable population who voted toward the centre or left even before the NDP’s sweep of the city in 2015.

Ms. Phillips, who had run for the NDP once before, took the seat in a landslide, beating by a healthy margin all her opponents combined. But no one in Lethbridge-West is expecting such a scenario this time around. At Ms. Phillips’s downtown campaign office, the work does not stop. “We built this seat with hustle,” she said. “And we’re going to continue to do that.”

At Ms. Flatla’s campaign headquarters, a message on the white board reads, “Stay Humble! Work Hard! Earn Every Vote!”

Both party leaders have stopped in Lethbridge in the final stretch of the campaign, with UCP Leader Jason Kenney attending the gold medal final of the Pioneer Hi-Bred World Men’s Curling Championship alongside Ms. Flatla on Sunday night, and NDP Leader Rachel Notley joining Ms. Phillips in the city Thursday.

The city’s supervised-consumption site was created by ARCHES, a non-profit harm-reduction agency that has its roots in the AIDS crisis of the 1980s. Executive director Stacey Bourque says usage of the site is consistently ahead of much larger centres, as the region deals with skyrocketing addiction to opioids and drugs such as crystal meth.

“This drug crisis in general has been an extremely polarizing topic in our community,” she said. “Most of these facilities have been erected in large centres, so having such a large facility that is so heavily used in a community the size of Lethbridge, I think has been a lot for people to take in.”

The UCP candidate Ms. Flatla says she’s been hearing from a range of people including business owners worried about increasing crime or drug traffic, and paramedics suffering “compassion fatigue.”

“We’re acutely aware of the opioid crisis and lots of the socio-economic factors feeding into that,” said Ms. Flatla. But she says her party is also interested in other approaches, such as expanding specialized drug treatment courts to deal with addicted offenders and funding law enforcement.

“In a perfect world, we don’t have those drugs coming into Canada at all,” she said. “But if they do make it into the hands of Albertans, we need to look at setting up longer-term services to step past harm reduction.”

Ms. Notley has said existing support for drug consumption sites across the province will remain in place.

Speaking at her campaign office a few blocks away from the ARCHES site, Ms. Phillips says there’s clearly work to be done, but stresses the number of lives that have been saved by the service.

The consumption site is not the only issue of conflict for voters in Lethbridge, who face serious differences in party views on everything from regulation of natural areas to the NDP’s economic track record and legislation on Gay-Straight Alliances, or GSAs. These issues have become battlegrounds for the hearts and minds of voters who, in some cases, have very different views of the world.

Ms. Flatla is firm when she discusses what she calls the NDP’s “fear and smear campaign” and said concerns about the UCP’s approach to GSA clubs in schools are the result of the NDP “weaponizing vulnerable people.” The UCP would keep a requirement that schools allow GSAs, but would remove a provision that banned schools and teachers from informing parents if a student had joined.

“Frankly, I reject the idea that we’re not concerned for the well-being of vulnerable people in our society, whether it’s senior citizens or mentally ill or LGBTQ,” she said. “As conservatives, we are always looking for compassionate solutions that also provide dignity to those people.”

A GSA rally at Lethbridge City Hall this week drew several hundred people who cheered along with impassioned and sometimes emotional speeches. Many carried signs stating things such as, “Stop Kenney now” and “UCP is the only threat my kids need to be protected from.”

On her way to the rally, Ms. Phillips wore a shirt emblazoned with the words, “Love wins.”

“Jason Kenney is proving he thinks it’s okay to go backwards on some of these really important things,” she said. “And I don’t.”