A former criminal defence lawyer in Alberta has been sentenced to a year in jail after repeatedly flouting orders to stop practising law, adding another chapter to a saga that started years ago with allegations of misappropriating cash.

Alberta Court of Queen’s Bench Associate Chief Justice John Rooke ordered Shawn Beaver, the former lawyer, to report to remand by Thursday, after ruling he should be incarcerated for a year for contempt of court. Mr. Beaver was prohibited from practising law but defied the ban and destroyed evidence to cover his tracks, Justice Rooke said in his decision dated Feb. 22.

“Mr. Beaver simply refuses to accept that he cannot practise his former trade because he is too good and too gifted not to be a lawyer,” Justice Rooke wrote, noting Mr. Beaver never applied to be reinstated with the Law Society of Alberta. “Instead, there is much evidence that, for the past almost six years, Mr. Beaver chose to cheat and work around obstacles to what he wants to do – to continue to be a lawyer.”

Justice Rooke acknowledged that some may find the one-year sentence unusual, but “so are the circumstances of Mr. Beaver’s contempt.” Mr. Beaver, in a statement, said he intends to appeal. Edmonton Police Service on Tuesday said its economic crimes unit still investigating Mr. Beaver.

The Law Society of Alberta stripped Mr. Beaver of his licence in 2015 and Justice Rooke prohibited Mr. Beaver from practising law the following year. The lawyer was subsequently disbarred. Mr. Beaver, however, defied the restrictions in various ways, including using a junior lawyer as a “false front,” according to Justice Rooke’s ruling.

Mr. Beaver was prohibited from practising law after admitting, for example, that and he wrongly took money from the sale of a house from his former common-law wife, who was severely disabled after having a stroke. He also conceded he mishandled his firm’s trust fund, mixing that money with his own. Mr. Beaver faced other allegations, including that he took money from a client who was severely disabled, homeless and struggling with addictions.

Mr. Beaver said he will comply with the order to report to remand in Edmonton, but is challenging the decision.

“I look forward in the future to making amends and reparation to anyone affected by my transgressions for which I am deeply sorry,” he said in a statement. “An appeal of my citation for contempt has been filed in order to address some legal and factual errors in the decision, however I am fully prepared to face the imposed consequences of my actions.”

The former lawyer said “overall it is an excessive punishment unheard of for contempt, especially for someone with no record and a first transgression.” His lawyer did not respond to messages seeking comment.

Peter Sankoff, a professor at the University of Alberta’s law school, does not expect Mr. Beaver’s appeal to be successful. What constitutes as “practising law” can be murky, Prof. Sankoff said, but not in this case given the terms of Justice Rooke’s earlier orders. Further, Mr. Beaver’s effort to recruit a junior lawyer as a “false front” for his legal business clearly violates the judge’s order, the professor said.

“That’s not murky. That’s practising law,” Prof. Sankoff said. While the one-year sentence for contempt of court may be unusual, that does not mean it is inappropriate or unreasonable.

“There’s no question that the court was really frustrated with what it felt was flouting of the order,” Prof. Sankoff said. “One year – it would be hard to say that’s excessive in the circumstances.” 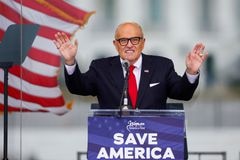 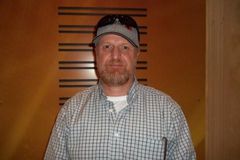