The mayor of Edmonton says he won’t seek re-election next fall.

Don Iveson, who first became mayor in 2013, says that he had only ever hoped to serve two terms as leader of the Alberta capital.

“It was a family decision,” Iveson, 41, said during an online news conference Monday. “There are impacts. There are consequences to this life.”

He said the COVID-19 pandemic, which has hit Edmonton particularly hard in recent weeks, has given him more time with his wife and two children in the last eight months than in the past eight years.

“Even though in the midst of the pandemic I was giving serious thought to running again because of all the pressure and disruption our community is facing it will fall to others to carry that work forward.”

Iveson said not running again will allow him to keep his attention on city issues in the coming year.

“I am not going to relent at all in my focus on the pandemic, the public health issues and the economic issues we’re facing for the balance of this term.”

He said he will also work to deliver a city budget with a goal of no tax increase, support and attract new jobs to the city, tackle systemic racism in local institutions and deliver more low-cost housing to try to end chronic homelessness.

“There is much to do, and not everything will be resolved by the election.”

Iveson said Edmonton’s next leader will need to be thoughtful, compassionate and constructive – and he wanted to give those types of people enough time to consider a run.

“I think some new perspective from the next mayor and a very deliberate conversation for the public about the direction they want council and the mayor to go will be refreshing for the city.”

At least three city councillors have said publicly that they are thinking about the mayor’s race. A fourth person, self-described tech-sector leader Cheryll Watson, has already declared her intention to vie for the top job in 2021.

Iveson has been a member of Edmonton city council since 2007 and has been the chair of the Federation of Canadian Municipalities Big City Mayors’ Caucus since 2016.

“We’ve been so lucky at FCM to work with (Don Iveson) a relentless advocate for stronger, healthier + more equitable communities,” the organization said in a tweet Monday.

Calgary Mayor Naheed Nenshi, who hasn’t said yet whether he will run in the municipal elections across Alberta next fall, said on Twitter that he and Iveson have been friends for more than 20 years.

“Despite the (Calgary-Edmonton) rivalry, he’s been an ally and friend for Calgary,” wrote Nenshi. “He’s also been the leader of the FCM Big City Mayors’ Caucus to the federal government for several years. That’s led us to some truly great things for Canadian cities.

“These will be big shoes to fill – Literally. he’s six-foot four! – for whomever is up next.” 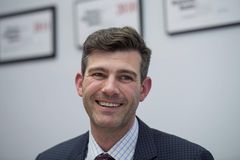 Edmonton Mayor Don Iveson announces his bid for re-election this fall
May 25, 2017
Opinion
Don Iveson on growth: ‘We seem to avoid some of the conversations we need to have’
December 19, 2014 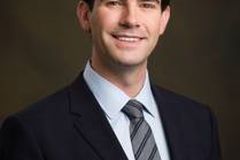